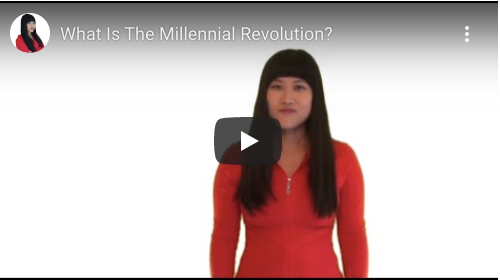 What is a K Shaped Recovery?

As a planet, we have been going through quite the shit year, to say the least. What started off as a strange-sounding disease being reported out of Asia has spun into a worldwide pandemic, a stock market plunge, and a worldwide recession. Through it all, economists and politicians (and one in particular) have been predicting an economic recovery, but the nature and “shape” of that recovery has been up for endless debate. Will it be a miraculous rapid V shaped recovery, as the President keeps crowing? Will it be a protacted U shape? Or maybe the math-nerdy Reverse Radical shape, […]

It’s time for another reader case! This one is from a reader who comes from an immigrant background and has been struggling with debt and a divorce. I think you’ll find it pretty compelling. Let’s get to it: [the following e-mail has been edited for brevity and to maintain anonymity] Hi FIRECracker & Wanderer: You guys are my idols! My path is different than yours since I’m a single mom in debt. I’m 70% through your book. I’ll have to read the more technical parts a couple times since I’m completely investment illiterate, but your personal story was moving. I […]

The Fate of Obamacare: 2020 Edition

God, I haven’t done one of these posts in a while. I really don’t want to do one of these posts. After the exhausing spectacle of 2016 when Republicans, having just seized control of the House of Representatives, the Senate, and the Presidency, tried again and again to make good on their promise to repeal and replace Obamacare, only to be thwarted by the slimmest of margins. Despite having a majority in the Senate, 3 Republicans, Lisa Murkowski, Susan Collins, and John McCain, surprised everyone by breaking party ranks to vote against the repeal measure. And in 2018 when the […]

Why is the Stock Market Up While Employment Is Down?

This has been a weird year to say the least. Back in January, if anyone mentioned Wuhan, most people would have said “Where’s that?” I miss thse days. It was a simpler time. Now we’ve been hit with a global pandemic, a sputtering economy, closed borders, and rampant unemployment. By any commonly accepted metric, whether it’s GDP, unemployment, or whatever, the economy is still nowhere close to normal. And yet stock markets are actually higher than where we started the year. How can this be possible? How can Wall Street be looking so rosy and optimistic when Main Street is […]

Guess what day it is? Friday! (And apparently there’s something called a “weekend” coming up? How do these things work again?) That means it’s time for another reader case!  This reader’s situation is tough and something that hits close to home. Remember how we said we came back to Canada due to a family emergency? Well, to date, said emergency is still ongoing, so I could immediately relate to this reader’s situation as soon as I read their e-mail. Without further do, here we go: Hello Firecracker/Wanderer, First, I’d like to say thank you for providing your investment advice for […]