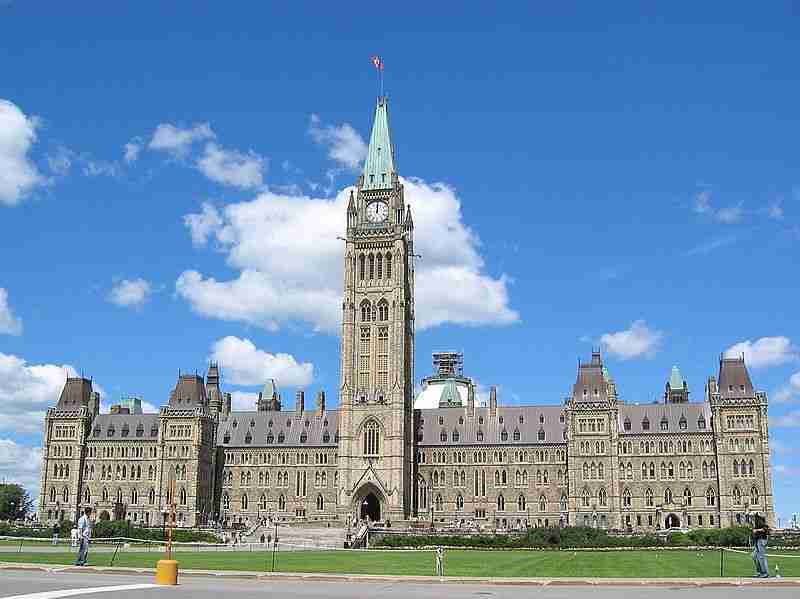 It’s Friday, so you know what that means…another reader case!

I’ve always been a fairly frugal person, and my wife a little less so, but we always lived on less than we made and always disliked debt.

I first saw the CBC article about you guys and thought, well… good for them. We could probably do that, but… hey, look something new and shiny in the news. I didn’t look further into that. What got me interested was the follow-up article that talked about the rash of comments from the first article. That piqued my interest and I went through your blog. I loved it and started looking at MMM, Mr 1500, and other linked blogs from yours. That opened my eyes and that gave me purpose… so now I have a lot more focus and want to work on retiring as early as possible.

OK, so about our situation (for this, it’s simpler to take us as a family I imagine, as all my budgets are for the family).

I work for the federal government and my wife is staying at home until both our kids go to school. She will be putting her name back on the priority list to start working again for the government in October so we expect our income to increase significantly. But as far as our planning, we budget to keep the same costs and income as now and everything she makes will be a bonus.

A little more about our finances:

Her RRSP: 2.5K (we pulled out most of it while she was staying at home and had little income to take advantage of the low tax bracket)

As far as retiring, I’d like to retire at 45, my wife is more pessimistic, and wants to retire by 50, but she definitely won’t mind if we retire earlier. We’re both 37. I’m sure we can make it, but it never hurts to double check. My main questions are regarding our pensions.

As far as our pension, we can’t start withdrawing from it until 50 (with a penalty) or until 55 (with no penalty). Since I would like to retire earlier, do you think it would be better to defer our pension for 5-10 years or would it be better to withdraw the money as a lump sum? I realize a pension is a pretty stable investment, but if I retire early and manage it myself it will start paying me a lot earlier. Judging from how the government is spending and that they have previously dipped in the pension surplus to pay for their debt… I’m not sure I like that.

I appreciate any suggestions you can provide (or the whole FI community).

OK so where do we start. First of all, we know that Retireat45 has purchased a house. My stance on housing isn’t exactly enthusiastic, but in this case Retireat45’s done all right. At his age of 37, a paid off house costing $350k ain’t bad at all. It’s decimated his savings somewhat, but him and his wife both have those gold-plated defined-benefit taxpayer-backed pensions millennials only dream about. Worth $250k and $150k respectively, he should be sitting pretty.

But he’s worried that too much of his wealth is locked away inside these DB pensions, as he should be. So let’s do what we do here on Millennial-Revolution.com and MATH SHIT UP.

So first, we’re going to do a total-net-worth analysis. Meaning, we’re going to ignore all age-based restrictions, pretend that Retireat45 has access to everything, and figure out when he can retire.

I don’t know about you, but at first glance I like them odds. No debt, good amount of assets (though most of that is in a pension which we’ll deal with later), and a healthy savings rate.

Now, I know Retireat45’s wife intends to go back to work, but since I have no idea what she does or how much she’d earn, I’m going to assume she earns bubkis. So where does our analysis lead us?

Apparently, slightly over 7 years. And given that they’re currently 37 and want to retire at 45, their numbers suggest that they’ll be able to retire at exactly that age. Clearly, Retireat45 is no stranger to mathing shit up himself.

BUT, and this is a big but, what about those age limits on that pension? Let’s work through that stuff now.

Super. And that $400,000 pension amount? Since we have no idea how Retireat45’s pension system works, we will be extremely conservative and assume no furth contributions. Instead, we will just assume it compounds at the conservative 6% we use for other investments. And we know that at his current age of 37, he can’t access these funds until that age of 55, or 18 years. How much will this pension be worth by then?

Pretty good, actually. With these inputs, FIRECalc is predicting a 99.2% success rate.

So for all intents and purposes, Retireat45 is absolutely free to retire at 45.

And of course, keep in mind that I’m making big assumptions in order to be conservative. First of all, Retireat45’s pension is likely to grow faster than just a straight 6% since he’s contributing to it as he’s working. $0. Also, if his wife goes back to work, a whole other income stream opens up, but again, I have no idea what that might be so I assumed $0 to be safe. So in many ways, my analysis is super-duper conservative. However, there is the caveat that Retireat45 could increase his costs over the next 8 years, so before he retires he’ll need to redo this calculation with his latest updated numbers.

So what do you guys/gals think? Can he retire at 45? Or can he retire much, much sooner? Let’s hear it below in the comments!

66 thoughts on “Reader Case: Retiring Early With a Pension”