Why Don’t You Get Me? The Science Behind Logic and Emotion 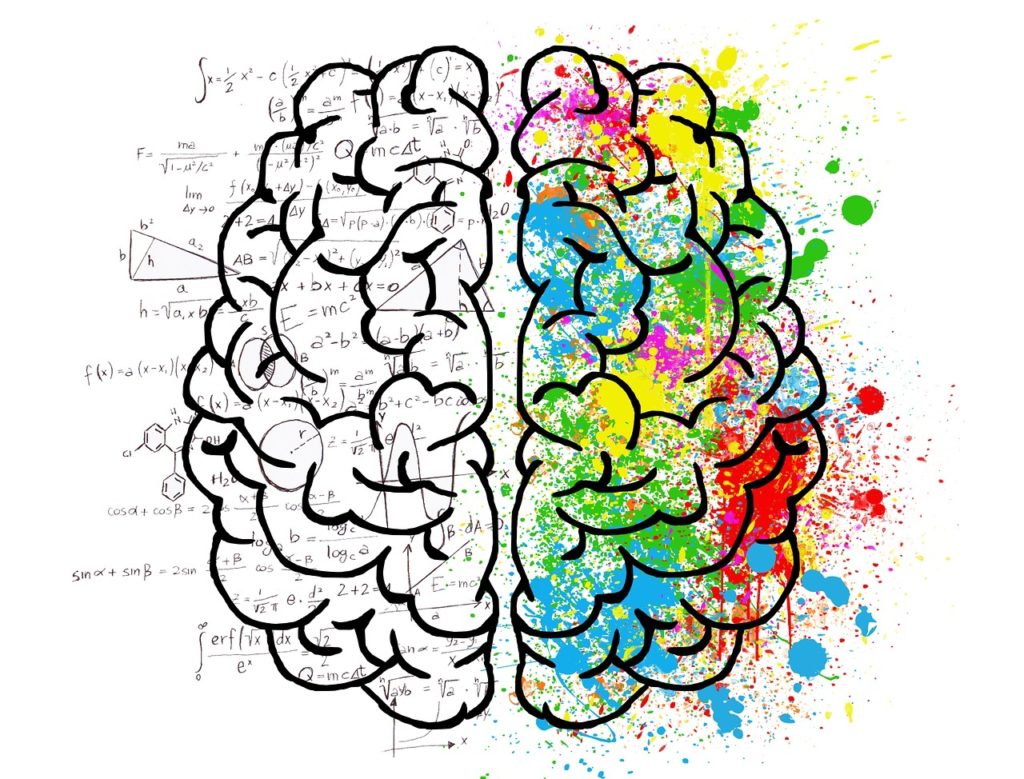 “How did you guys write a book together? Didn’t you just end up fighting all the time?”

This is a question our friends have asked us often because we’ve had a few successful passion projects under our belt, but when we get together with them and ask how their joint projects/businesses are going this usually happens:

Person A: “Can you please tell Person B that you think we should build a mailing list? That’s how you get customers.”

Person B: “Yes, I hear you, but I just think it’s too impersonal! We should go out and talk to people, face to face. People need a personal touch.”

Person A: “But that doesn’t scale. You can’t fly around the country, go to each person’s house and talk to them. That’s insane.”

Person B: “Are you calling me insane? ”

Person A: “No. I’m saying the idea is insane and not feasible.”

Person B: “You’re such a jerk! And how dare you use the word ‘insane’? Don’t you know that’s offensive to metally-ill people? Blah blah blah—”

This is usually when Wanderer pretends to trip on the carpet so everyone forgets what they were arguing about. We’re fun at parties.

Now, from first glance, if you’re a logical person reading this, person B just seems oversensitive and INSANE (yeah, I used that word. Suck it, Snowflakes).

But hear me out. Person B is not crazy. They’re just wired differently from Person A.

So when people say they are right-brained, it doesn’t mean they don’t use their left-hemisphere, it just means the right-side is more dominant. They tend to care more about relationships, feelings, and make decisions based on emotions rather than logic. They also tend to be better at dealing with people, empathizing, and being creative.

People who are left-brained tend to care more about logic and reason. As a result, they tend to make decisions based on logic rather than emotions. They tend to have a harder time empathizing with people, but are better at accomplishing goals.

Now, that’s an over-simplification, because on top of that, there’s extroversion, introversion, long-term thinking versus short-term thinking, traumatic events, etc, and a whole slew of other factors that determine who we are and how we make decisions.

But if we were to use this concept and break down why some people focus on “talking” and others focus on “action” (like how person A above just wants to DO something—like build a mailing list, while person B is focused on how person A’s words has hurt their feelings), it does shed some light on the whole thing.

Since right-brained people are ruled by emotion and creativity, they tend to focus on what they say, and how it made them feel. Whereas logical people can parse out all that, and focus on results /end goal/what people DO.

Relying on logical people to ignore your words and parse out the action is easy, but not so for emotional people. Throwing hard facts and numbers in their face doesn’t help. They need a different motivator. They like to talk about their feelings and will be moved to do something ONLY if they believe it’ll help their relationships or someone they care about.

That doesn’t mean logical people are better than emotional people or vice versa. I clearly prefer an emotional person to talk to if I’m sad, but a logical person if I’m figuring out finances or writing a piece of code. But by understanding how people think, this will go a LONG way in helping us understand why people react in ways we don’t expect.

Now, that’s not to say that just because you’re born right-brained or left-brained, you’re stuck that way. It just means “feeling” or “reasoning” comes naturally to you, and it will be more challenging to rewire your brain to do the opposite. But believe me, the brain is very malleable. This is why people who’d had strokes that completely shut down entire areas of their brain, can in fact, re-grow those connections.

And this is also why I used to be an emotional (right-brained) person— a flower child who wrote sappy poetry, drew hearts all over her textbooks, and daydreamed of becoming an author one day. But since my parents didn’t have the money to support me if I couldn’t make money as an author, I had to rewire some parts of my brain out of necessity.

I’m not saying that it made me a better person. I’m simply saying that if you want to GET SHIT DONE, you need to rewire some parts of the brain to become more balanced. As great as it would’ve been to sit on the grass all day and write poetry, I needed food and a place to sleep to stay alive. Which meant I had to earn money for groceries and rent. As much as I would’ve loved to not care about money or do something as tedious as programming, that wasn’t an option.

So I forced myself to study math and programming, even though it didn’t come naturally. I didn’t get it at first and thought I was going to flunk out (and there have been some close calls) but eventually, new pathways for math started forming in my brain and calculating things became more natural. And now when I make decisions, I’m able to let the left-brain dominate and reason things out, rather than revert to my basic instinct of using my feelings.

Now that I no longer have to worry about money and have my basic needs taken care of by the portfolio, I’m rewiring my brain to use to tap into my creative side as well as strengthen my emotions and empathy. By writing everyday and meeting people from different walks of life (even the ones who disagree with me), I’m becoming more in tune with my right-brain.

So now that I’m able to see things both from a right-brain and left-brain perspective, I’ve noticed this. When a logical person is telling an emotional person what to do, all the emotional person can do is talk about how the words are “making them feel”. This causes the logical person to throw up their hands and say “forget it”. Then the emotional person feels hurt because their feeling aren’t being acknowledged and they find it impossible to take action, because they don’t have the logical connections to reason out why they need to DO that thing in the first place.

So in order for both people to work together, it’s important to see things both from a logical perspective and an emotional perspective.

The logical person needs to understand that the emotional person is not going to DO things because it’s the logical thing to do. They need to feel heard, acknowledged, and will only take action if they believe the action will benefit their relationships. So the best bet is to motivate them by tapping into what they value most. NOT math or logic, but PEOPLE.

The emotional person’s take away from this is to see all the good things the logical person has done to help, rather than feel attacked by their words. The logical person is simply not thinking about feelings because they just want to GET SHIT DONE. That’s how their brain works. So cut them a break and try to understand where they are coming from.

When it comes to working together, we could all use a little brain re-wiring to understand the other person’s perspective.

What do you guys think? Are you emotional (right-brained) or logical (left-brained) or both? Do you find it hard to work with someone with the opposite brain?

24 thoughts on “Why Don’t You Get Me? The Science Behind Logic and Emotion”