The Importance of Slack

As an Optimizer, engineer, and someone who grew up poor, I have a tendency to try to squeeze the maximum value out of everything.

Case in point. Back in 2012, when we went on vacation to London for the first time, I was so excited I made a schedule that broke each day up into 30 minute-1 hour increments. I then assigned an activity to each block like an obsessive little micro-manager, trying to squeeze maximum value out of our 2 weeks. Every minute was accounted for. No museum, castle, or pub was safe from my tornado of efficiency.

I showed said (insane) schedule to Wanderer, beaming with pride, only to get this response:

“Babe, are you nuts?! We can’t do ALL those things. We’ll need a vacation from our vacation!”

“You’ll thank me at the end of next week for planning the best two weeks of your life.”

I spent the rest of the evening giving him the stink eye, then deliberately color-coding and cooing over my schedule like it was a new-born kitten. I even named it BASE–short for “Best Activity Schedule Ever”.

The next day, day 1, BASE was ready to go and I looked up our first 2 activities: 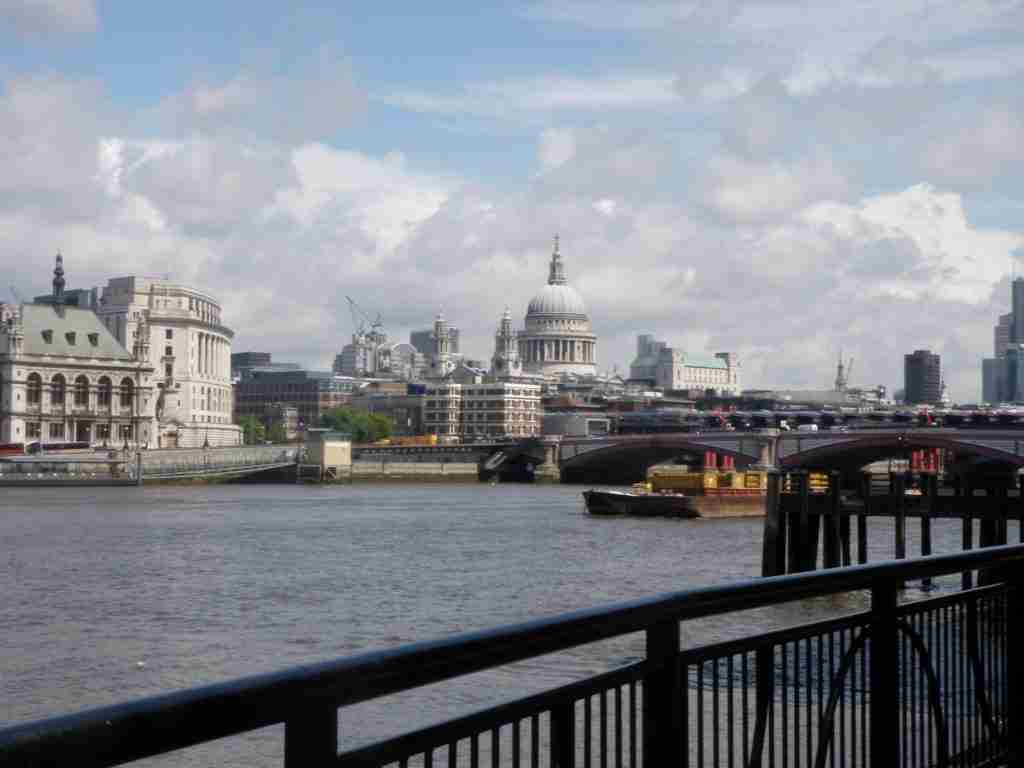 But as I got dressed and headed for the bathroom, the rumble of thunder outside our window made my blood run cold.

Since we were in one of the rainiest place in Europe, the tour brochure mentioned there’s a high chance of the tour being rescheduled or cancelled if the weather didn’t hold up.

I called them from the hotel phone and sure enough, the tour was getting rescheduled for the next day.

And because my schedule was so tightly coupled, I was expecting to be at a different train station as a result of the tour, which was where my next activity started from. And now, because the tour was rescheduled for tomorrow, that was going to have a cascading effect on the rest of my day 2 activities.

“CRAP! CRAP! CRAP!” I yelled while freaking out. Wanderer leisurely ate his breakfast, watching in amusement as I frantically rearranged my schedule.

I managed to accommodate the change, but the next day my triumph was short-lived when one of our guided tours ended up running late. Once again everything had to be rearranged because of this cascading effect.

By the end of the week, I’d pulled out a ton of my hair, chewed off several of my nails, and had torn BASE up and started over so many times I’d lost count.

Turns out Wanderer was right. I did need a vacation from our vacation.

Had I left in some space, I would’ve been easily able to accommodate the change. Which is why, when it comes to scheduling, budgeting, and general life planning, its important to leave some slack.

I recently read a book called “Scarcity: The Science of Having Less and How it Defines Our Lives” written by Eldar Shafir and Sendhil Mullainathan, two professors who studied scarcity and how it impacts society. I was especially intrigued by the chapter about a hospital case study teaching you how to manage scarcity in organizations.

In this particular hospital, 30,000 surgical procedures were performed annually.  As a result, scheduling the operating rooms was always a challenge. So anytime an unexpected emergency surgery came up, this forced planned surgeries to be re-scheduled since they had a shortage of operating rooms. Which caused a chain reaction of re-scheduled surgeries and overworked staff with lots of unplanned overtime. The hospital ended up being constantly behind, and as a result it had to do more re-shuffling, which caused it to be even more behind. They decided to bring in an advisor to help them solve this scarcity problem.

And when this expert suggested they leave one room unused, they balked. They were already at full capacity and he was suggesting they waste a entire room by leaving it empty?!

But since they were out of options, they decided to give it a shot.

A month later, to their absolute shock, the “slack” room did exactly what the advisor predicted it would do. The  number of re-scheduled surgeries fell by 45%! As a result, they were able to perform more surgeries over the year. The problem wasn’t that they didn’t have enough rooms. It was that they didn’t have enough slack for unexpected emergencies. This was what caused the negative cascading effects of re-scheduling. The empty room that seemed like a waste actually ended up being the slack that saved them.

It’s the same thing with finances.

Create Slack in Your Finances

You don’t want to allocate every penny you earn towards your expenses and leave no room for emergencies. If an unexpected health issue, leaky roof, or other expense comes up, you’ll have no way to recover. Everything is spread thin and you don’t have money to allocate towards the emergency so you have no choice but to go into debt. Which digs you into a deeper hole and compounds the problem.

This is why while you’re working, we recommend having an emergency fund to cover at least 6 months of expenses.

Some people prefer to get a line of credit and rely on that in emergencies, which is fine–but keep in mind you’re at the mercy of whomever is giving you the line of credit. Not only will you be paying interest that will compound over time, but you run the risk of the issuer yanking your LOC just when you need it the most, like if they find out you’ve lost your job.

The biggest problem of leaving no slack is how one unexpected event will cause a cascading effect. When you have no wiggle room, none of the items in your schedule or budget can be moved or swapped without affecting other items. So by not leaving in slack, you end up impacting not just one thing but your entire budget or schedule. And, as I found out, this quickly leads to you freaking out and having a quasi-nervous breakdown on your vacation.

This is why it’s better to have money sitting on the side-lines just in case rather than risk having a catastrophic chain of events happen that blows up your finances.

Time is limited, so we don’t want to leave blank spaces in your schedule because what’s the point of paying all this money to travel if we’re just going to be wasting it? I get it. This was how I used to think. But now I find that my time is much more enjoyable when every minute isn’t used up. Sometimes we’ll spend an entire day at the AirBnb, just writing, without going out to a single attraction. And this is great, because not only does it give me some variety rather than just mindlessly hopping from attraction to attraction, it gives me a ton of flexibility. If the weather turns bad, or a tour gets canceled, I don’t panic.

Because I’ve realized the importance of slack, we now no longer schedule our days down to the last minute. When we arrive in a new city, I usually pick 2 or 3 things we want to go see, and if we have time to fit in something else, fine. Otherwise, we just leave that free time open. Sure, we won’t be able to see every single sightseeing spot, but that’s not the point.

And on days we have a long flight? I always schedule one day before just chilling at a hotel or AirBnb close to the airport. I NEVER try to chain a train or bus ride to a flight on the same day. If we miss out on a day of exploring that city so be it. That’s actually a big reason why after 3 years of near-constant travelling, we’ve never missed a train or a flight and gotten stranded.

In terms of finances, we also keep a cash cushion that can cover 3 years of living expenses, just in case. Sure, that money could have been deployed into our investments, but I’d rather have some money sitting on the side, so I can easily accommodate any unexpected spending or a sudden market downturn.

What do you think? Do you leave slack in your budget, portfolio, and/or travel schedule If so, how much? If not, why not? Let’s hear it below in the comments!

68 thoughts on “The Importance of Slack”