The Cost of Travelling the World for 1 Year, Part 3: Accommodations and Transportation

What does a normal person do when they come home after a 1-year trip around the world?

Hug their family? Reminisce about their trip? Fall into bed in a heap of jet-lagged exhaustion?

Wanderer chose the latter. Me? Not so much.

“Um. Hun?” Wanderer asked, squinting at me from his pillow. “Aren’t you coming to bed?”

“Uh-huh,” I said absent-mindedly, fingers flying across my keyboard.

“Shhh.” My eyes didn’t budge from my MacBook screen. “Busy.”

“Whatever you’re doing, just do it tomorrow and come to bed.”

“In a minute.“ Ah, sweet, gullible Wanderer. He thinks I actually listen to him.

One whole hour later. “HOLY SHIT! GUESS HOW MUCH WE ACTUALLY SPENT?”

Wanderer groaned, rolling away from me, and pulled a pillow over his head.” UGGGHH. Why can’t you just let me sleep?”

“Look at this!” I said, yanking the pillow off his head, and shoving my laptop screen in his face.

“Can’t we do this in the morning?”

“So we can do this FOREVER!”

He pulled himself up in bed and rubbed his eyes. “Huh…”

I was one step ahead of him, already scrolling through Google Maps trying to decide what corner of the world I wanted to see next. “Don’t unpack. We’re going again.”

Before we left for this trip, Wanderer estimated (aka “pulled a number out of his ass”) that we’d spend $75,000CAD to travel the world for 1 year.

But because our of time in Southeast Asia, our decision to not bring any check-in luggage and our choice to optimized the ever-loving-crap out of our budget (using Nomadic Matt’s “Travel the World on $50/day“), even though we went to expensive places like the UK, Denmark, Switzerland, and Japan, we were STILL able to get the cost down to $40K CAD/year (or $30K US/year). For the 2 of us. 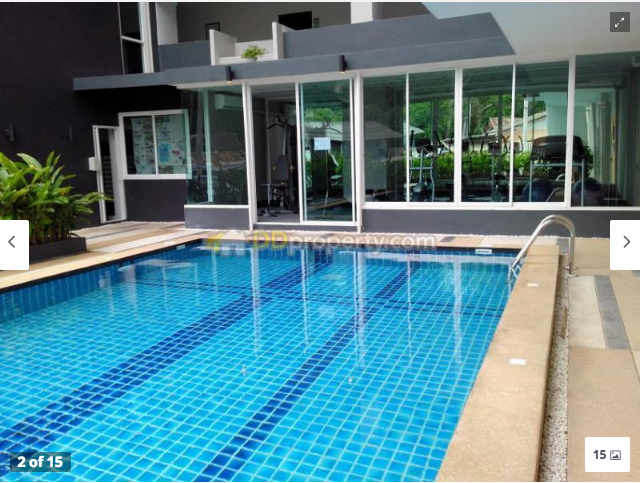 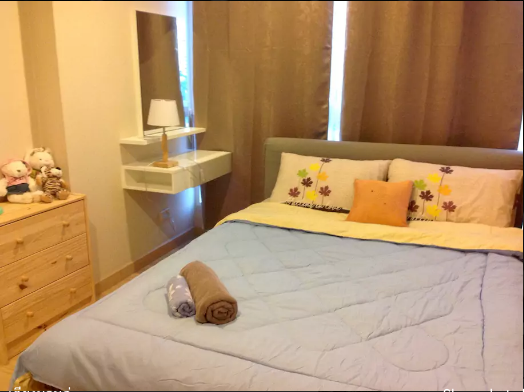 Full Disclosure: The links in this post are referral links so I will get a small credit if you sign-up.

By using Airbnb in expensive places like the UK, Denmark, Europe, and Japan, we were able to slash our accommodation costs by as much 50-60%, compared to hotels. On average, our daily Airbnb costs in these expensive areas were around $75/day. Comparable hotels would’ve easily charged us $115/day with taxes.

And in inexpensive places like Southeast Asia, we found 3 to 4-star hotels on Agoda. Many of these places have room service, a pool, and breakfast included.

The trick I like to use in Agoda is to check off “air-con, wifi, and pool” in the amenities, filter by price (lowest to highest), and then scroll through until I find the first one with a review of 8/10 or more. I then read the reviews and compare this with other hotels in the list, until I find the optimal one. This lets me book hotels that have all my “must haves” in amenities, at the best price for quality. Win-win!

Using this method, I was able to find the best deal of all time: the Banyan Leaf hotel in Siem Reap. It had a rating of 8.4/10 from 200+ reviewers, at a cost of only $19CAD/day, and amenities included a pool, air-conditioned room, fast wifi, AND breakfast! And not only that, when I checked out the map in Agoda, it was conveniently located just 5-10 mins walk from all the bars, local restaurants, and nightlife! When we stayed there, we also found extras like super courteous staff, and even a new laundry mat across the street charging only $2 per load! Sweet!

Airbnb beats hotels, hands-down, in Europe. However, in Southeast Asia, I found that hotels on Agoda tends to beat the prices on Airbnb. With the exception of Chiang Mai, where I was able to find a brand new 1-bedroom Condo on AirBnB, renting for only $575 CAD/month (or $442 USD/month) with air-con, en-suite laundry, a pool and sauna! And not only that, it was also walking distance to the night markets, the mall, and main attractions.

So if you want to save money on accommodations, stick with Airbnb (for Europe and Japan) and Agoda (for Southeast Asia). Click here to get $40CAD ($30CAD) off your first stay with Airbnb.

Travel hacking saved us at least $6000 on long-haul flights by using points. We will talk more about this in a future article.

Budget airlines like RyanAir and EasyJet in Europe, and Peach and VietJet in Asia saved us thousands on short-haul flights. We used Google Flights and SkyScanner to find the lowest flight prices. The reason why we love using these sites is because they have flight calendars, where you can see that flight’s prices for the entire month. So if we found a flight that’s $100 cheaper flying out just one day later we could pick that instead. This made it really easy to plan how long we should stay in each European city.

In Europe we used GoEuro to find the best bus and train deals. If flights were too expensive, we could take a bus instead, which took longer but as long as the ride was within 5 hours, the trade off was worth it. Our favourites are Megabus in the UK (cost us only 2 pounds/person to go from Amsterdam to Belgium!) and StudentAgency in Prague (only $10/person to go to Vienna with leather seats, personal TVs, and free drinks!)

In Southeast Asia, we used 12GO Asia to find trains for travel between cities. We avoided buses in Southeast Asia as much as possible (due to the high accident rate on their roads) since trains are way more comfortable and well priced.

The only time we took a bus in Southeast Asia was in Cambodia (since they don’t have good rail coverage between cities and the Cambodia airlines were pretty sketchy) to get from Siem Reap to Phnom Penh and then to Sihanoukville. We chose “Giant Ibis”, voted #1 in Cambodia by travellers, because they have systems that alert the head office if the driver exceeds a certain speed. Very convenient, safe, and comfortable. The cost? Only $15USD/person.

All the cities we went to in Europe had efficient and inexpensive subway systems, so we didn’t need to spend any money on cabs.

This wasn’t the case in some U.S cities, as well as cities in Southeast Asia, in this case Uber came to our rescue! We used Uber in Penang, Malaysia and Chiang Mai, Thailand and it was AWESOME! Convenient, cheap, and safe (you rate each driver and can see their ratings when you request them) We easily saved at least 30-50% each trip with Uber instead of using the local taxis.

Without these optimizations, we would’ve had to spend close to $70,000/year, without getting anything extra. By optimizing our budget, we got to splurge on spas, Kobe beef, the Swiss Alps, scuba diving, etc, without having to sacrificing anything. Which just goes to show, traveling the world really isn’t expensive. In fact, we spent LESS on this world trip than we did, at home in Toronto when we were working.

And you know what else? By saving $29,650 yearly using the methods above, that’s a passive income that would require a portfolio size of $741,250 to generate! (using the 4% rule). So by optimizing our trip budget, we reduced our required portfolio size by $741,250! Thus, saving us 6-7 extra years of work! Huzzah!

So where did we go and what kind of shenanigans did we get into? Find out here (note: this is an ongoing Travel series, updated bi-weekly as we continue travelling around the world).

Click here for Part 4 in the series on where to buy Travel Insurance.

37 thoughts on “The Cost of Travelling the World for 1 Year, Part 3: Accommodations and Transportation”