Going Paleo: How to Get a Thin Waist and a Fat Wallet

For some reason, I keep getting emails and comments from people asking me what I eat. “What do you cook?” “How do you stay fit?” “Is there a special diet you use?” To which my response is: Who cares? I mean, how am I supposed to make that article interesting? Walking you through my shopping list and NOT yelling at old people or houses? That’s just crazy!

But still people kept asking: “No, seriously, what do you eat? What’s your secret?”

So FINE. I’ll talk about my stupid diet. You people are weird.

Back when I was working, I would eat out all the time, blowing good money on bad food and not bother to ever think about all the crap I was shovelling into my food-hole.

I couldn’t help it. Work was busy and stressful and I had no time to cook. I also had no time to think about what I was eating. Grabbing a greasy pizza at lunch with co-workers, or horking down a bag of chips for dinner was the norm. The costs were adding up as quickly as my waistline.

As a result, I gained 15 lbs in 1 year. And despite gaining all that weight, I felt lethargic and hungry ALL THE TIME. The amount of high-fructose corn syrup, preservatives, and carbs swimming in my stomach was messing up my blood sugar levels like crazy and screwing up my metabolism. I knew I was on my way to gain even more weight if I didn’t do something about it.

And during this time, I WAS going to the gym, but as it turns out managing your weight is kinda like managing your money. Just like it doesn’t matter how much you earn if you can’t control your spending, it doesn’t matter how much you exercise if you don’t control what you eat. So even if I did 1000 sit-ups everyday and ran 5kms to and from work, I still wouldn’t lose weight. I knew I couldn’t just grab food on the go and eat out anymore. I had to make some drastic changes.

I knew I wasn’t going to stick with it and was about to give up.

This is when I discovered “Paleo”. 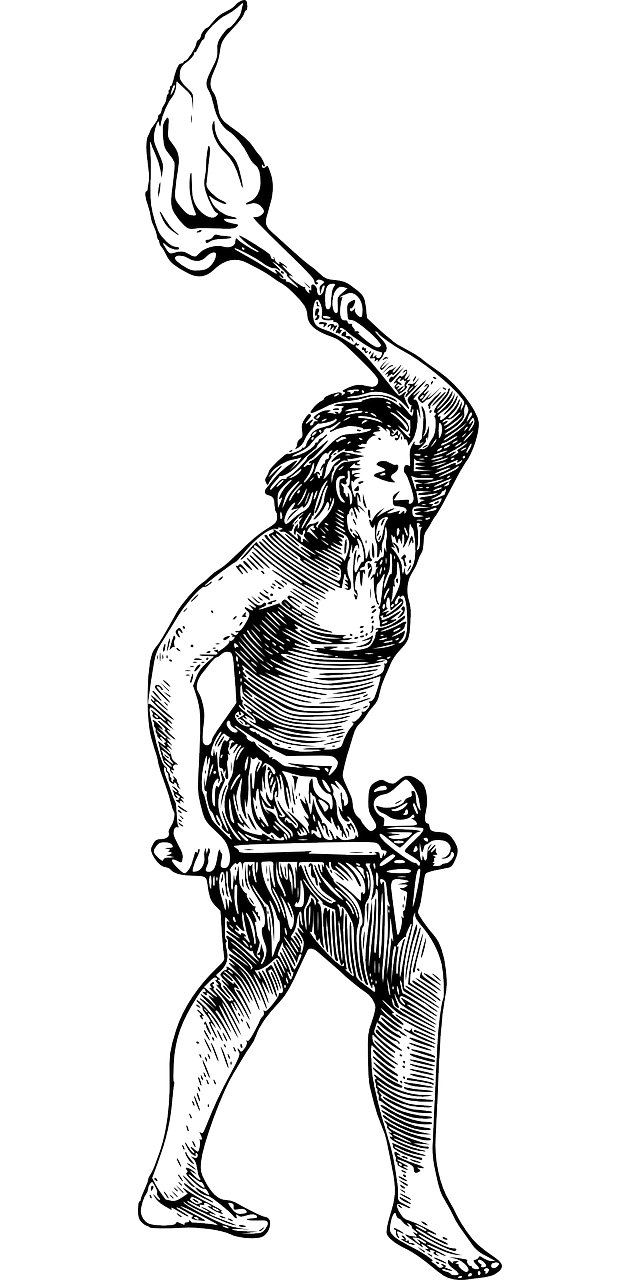 I don’t know where I heard about “Going Paleo,” but the basic idea is to go back to what cavemen used to eat. And I know, I know, cavemen had an average lifespan of like 24 years, so the dogmatic idea of imitating cavemen because cavemen were the best didn’t appeal to me much. But the underlying ideas sounded good to me. Meaning:

So this one didn’t ring the normal alarm bells that diets like Atkins did because each part seemed to have a purpose and complement each other.

For example, the claim is that simple carbohydrates like sugar, high fructose corn syrup, etc. break down quickly and spike your blood sugar levels, which cause you to be hungrier again quicker, which causes you to eat more. This I definitely experienced. I was constantly snacking on cookies and then getting hungry again an hour later.

Eat lots of fresh fruit and vegetables. Can’t go too wrong with that idea.

Cook with healthy fats. The idea is that fat in your diet makes the food more delicious and satisfying so you’ll be less inclined to snack between meals. This I could totally get on board with. Low-fat food just makes me sad. Sad FIRECracker eats more cookies.

Lift heavy things. Aaaand there it is. You’re supposed to combine this with weight lifting. The higher protein causes you to build muscle faster. More muscle (besides making you all swole) increases your metabolism because muscle consumes calories even when you’re not exercising.

So basically, eat more protein and fresh vegetables (with lots of yummy yummy fat) and less cake, cookies, and sugar while power-lifting. That sounded like a system that could actually work, so I gave it a go.

And boy am I glad it did!

Especially since the food was SO tasty! I mean how could it not be? You can use bacon and animal fat! And also avocados, coconut milk, and coconut oil! Which is probably why I felt full all the time on this diet and never deprived. Nothing tasted like a lawn or food that my food would eat.

Also, another thing Paleo did was save us a ton of money.The quality of the food I was making was so good I started preferring it to eating out! Our food budget quickly went from $2000/month down to $900/month. So my food quality went UP while my food spending went DOWN.

And unlike the other diets that make me hungry all the time, with Paleo the fats and proteins kept me full longer so I could eat less food, have it taste delicious, and not make me want to eat all the time like when I ate carbs.

BUT, and this is a big but, you have to pair this with power lifting or you just become one of those unhealthy Atkins people.

This was a bit of an adjustment. I had to switch from being one of those cardio bunnies at the gym bouncing on a treadmill to learning what a squat rack was.

I’m not going to talk too much about power-lifting (that’s for a future article) but after I got comfortable with it, I actually found it pretty enjoyable. You can get so much more working out done in 5 minutes lifting than running on a treadmill for 45 minutes like a bored hamster attached to a wheel.

Plus there was the added bonus of the strange looks I got being the only girl in the weight room.

Muscle Head: OH! Uh…do you want me to take these weights off for you?

So yeah. That was fun.

And after a few months on Paleo, I went from looking like this: 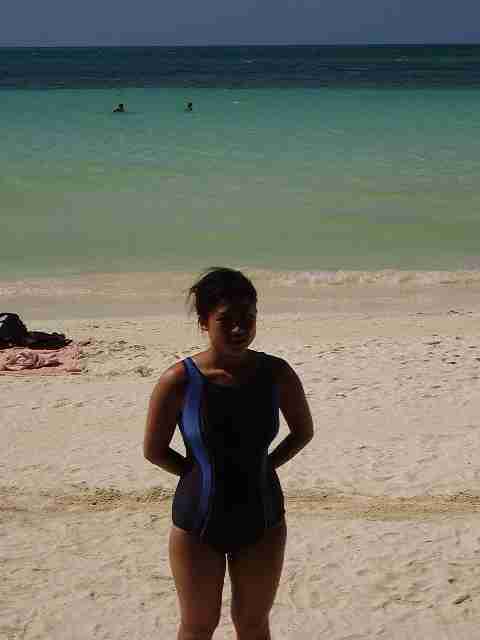 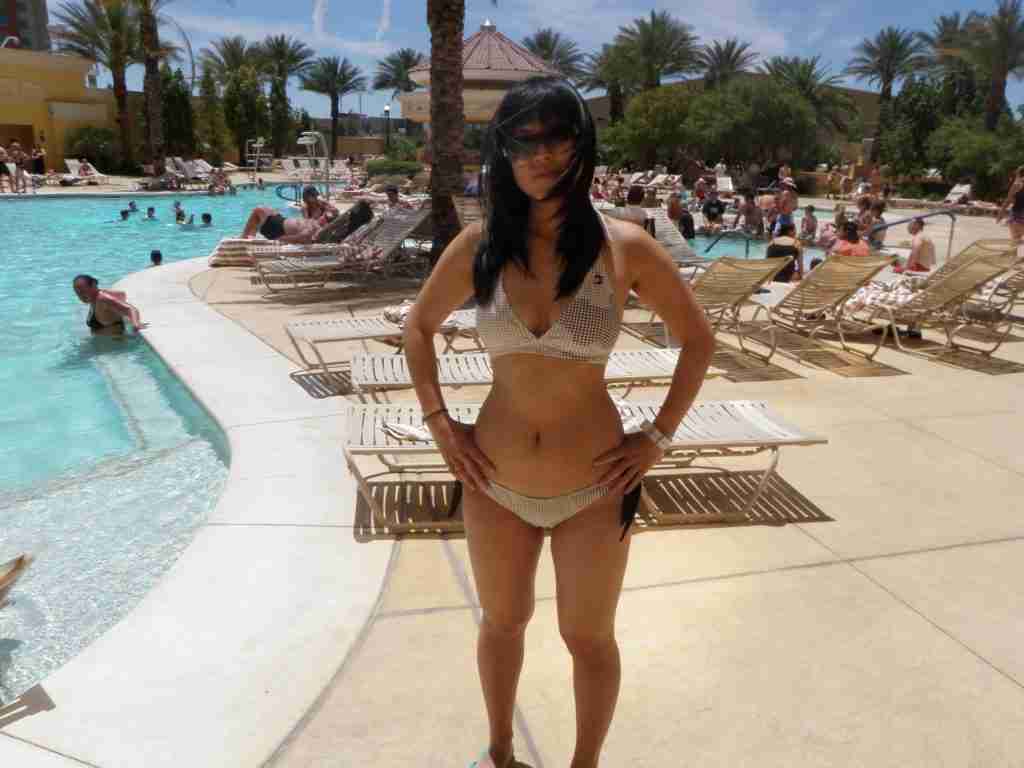 That’s when I stopped weighing myself and bought my first bikini. Over time, my clothes got looser and looser and I had more energy (and muscle) than ever before.

This was pretty shocking because at the time I was sure there was no way I could stick to a diet that would require me to cook so often, since I absolutely LOATHED cooking.

As it turns out the trick to it was two things:

Because I was using the oven, I could be doing something else (literally anything else) while the food was cooking itself and this was a huge time saver.

And because the dishes were so easy to make and I could make a big batch, I didn’t need to worry about constantly wasting time cooking.

Now I don’t want to turn into a food blog, but here are a few of my favourite Paleo recipes I use. The best part? They are SO easy and fast…perfect for a lazy cook like me:

And again, since I’m not a food blog and there are plenty of other resources out there for this, for more tasty Paleo recipes (without the snarky commentary), here’s the page where I got the free recipes (submitted by his readers).

FYI, I don’t have any affiliation with Mark’s Daily Apple and I’m not getting paid anything for this endorsement. I just REALLY like his recipes….oh and also he’s 65 year old, has sexy 6-pack abs and hulk-sized arms that could crush a bear. Enough said.

I tend to memorize around 5 to 6 recipes, and cycle through them so our taste buds wouldn’t get bored (as if you can get bored of steak and kale chips!) Occasionally, it makes sense to cheat by going out to eat and indulging on some ice-cream or pasta. But as long as you keep it within once or twice a week you won’t break anything.

And don’t you DARE go out and buy house with a giant mortgage, just to to have a kitchen to renovate, just to get a convection oven, just to make kale chips and say “FIRECracker said this was OK.” I WILL dead-lift your ass and toss you off a bridge.

So what do you think of the Paleo diet? Do you think you could give up grains and sugar? What about that Mark guy? Isn’t he a dream boat? Do you also fantasize about his dancing pecs like I do? Or having him lift you over his head and do bad things to…*notices Wanderer glaring*…ahem. ANYWAY. So yeah. What do you think?

70 thoughts on “Going Paleo: How to Get a Thin Waist and a Fat Wallet”