How Has Covid-19 Affected Your FIRE Journey? Part 6 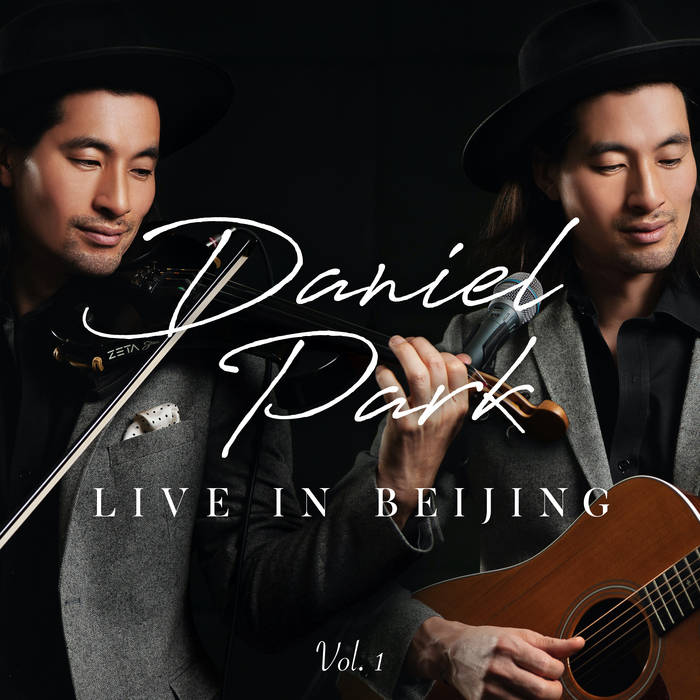 Does FIRE still work in a bear market? To find out, I’m interviewing people on different parts of their FIRE journey in our community. Click here for Part 1.

Today, I want to introduce you Daniel Park, an engineer turned world-travelling musician, whom I found out about from my friend Clover’s “Unconventional Asians” Channel”:

What’s interesting about Daniel’s story is that he changed directions from a pragmatic career to following his passion, and at some points, making more money than he did as an engineer. Also, he discovered the FIRE community a few years ago, and started investing with his musician’s income.

Since one of the biggest complaints about the FIRE community is the over-representation of engineers, I’m going to dispel that myth today by interviewing Daniel to see if the FIRE dream is still valid, even if he’s are no longer an engineer:

1) How far along are you on your FIRE journey? (please provide %)

I’m currently only 10% along on my goal partly because I’ve only discovered FIRE within the last few years, but I think with only being on track for a few years, it’s been really beneficial.

2) How did you discover FIRE?

A few years ago I started reading more books about finances because at the time I was $20,000 in credit card debt and I wanted to figure out how to change my situation. I started off with books by Dave Ramsey, Napolean Hill, David Bach, Robert Kioysaki, and Tony Robbins but none of them really spoke to me in a way that was really effective. Then I started reading the Mr. Money Mustache blog, and then I came across millennial-revolution.com/ and I got hooked. I went through the investment workshop and everything was broken down into easy steps.

3) What I find fascinating about your story is that you started out as an engineer but ended up switching careers and becoming a travelling musician. And not only that, you’ve managed to earn enough from musical gigs to exceed your income as an engineer. How did that happen?

Yes! I got a degree in Electrical Engineering and got a job right after college. My starting salary was $42,000 a year (this is a small company in New Mexico), but I was performing music at an open mic every Tuesday. One night after an open mic this guy in some slacks, a white button up shirt and a tie that was unfurled in a way that looked like he just got off of long shift at work, came up to me and said he was the manager at an Italian restaurant across the street and that he would like to hire me to perform every Thursday. I said “Hell yeah!” and I started performing every Thursday for $150 a night plus tips. Over time I started getting other gigs on Fridays and Saturdays. What happened was after about 3 years of working for the engineering company I realized that I was making more money as a musician than I was an engineer. I wasn’t really happy at the engineering firm: the bosses would scold me if I was even 3 minutes late, and most of the employees were much older than me so I didn’t really make any friends there. So I quit and just played music.

4) What are your plans after FIRE?

Wow! good question. Traveling has always been a passion of mine. After I quit my job as an engineer I would start traveling (driving) everywhere to play gigs. I performed in El Paso, Phoenix, LA, San Luis Obispo, San Francisco, Portland, Seattle, Pocatello, Salt Lake City, Denver, Las Vegas and Austin. And eventually I got a call from a casino in Las Vegas that wanted to hire me to perform every weekend. After years of performing in Las Vegas, I would get calls and emails to perform in Australia, New Zealand, and then had residencies at hotels in Singapore and Beijing. So when I hit FIRE, I don’t think much would change with my lifestyle, I would just have more choices on where I would like to go.

5) You mentioned on Clover’s Unconventional Asians Youtube channel that you had gigs lined up in China, but then after the pandemic hit, you were forced to go back to the States. Are you able to continue playing gigs? How has the pandemic affected your income?

So I planned on already coming back to the USA for a week during Chinese New Year because the hotel really slows down during that time. I flew back to Las Vegas to visit friends and eat some hamburgers, and a few days after I left Beijing, my return flight back to China was cancelled. So I rebooked it right away for a few days later. Then that one was cancelled. Then rebooked it for a few weeks later. That one was also cancelled. I eventually gave up trying to rebook the flights and just decided that I was going to stay in America for longer than I thought. I contacted some of the booking agents that I knew and they put me to work pretty much right away performing at the Bellagio, MGM, and Aria. I was actually doing really well financially until March 15 when Las Vegas shut down all of the casinos. COVID-19 disrupted Las Vegas significantly. I was then quarantining with some friends and I decided to start doing live-streaming performances and just asking for tips. That has kept me afloat until recently because some of the Las Vegas casinos and hotels have opened back up.

Here is a photo of the Las Vegas strip when some friends and I biked it. It looked like a ghost town.

6) Has the pandemic affected your finances in terms of investing, saving, and expenses?

Yes and No. Luckily I have been doing a daily routine of putting money away into investments, which I put away $30-50 a day. So breaking it down like this has allowed me to pull enough from my resources to not have to change that routine. But the major change that I made was purchasing a 2007 Dodge Sprinter converted into a camper. When I moved overseas I sold my car, and everything that I couldn’t bring with me. So here I am back in America without a vehicle, and not paying rent anywhere (I didn’t want to start paying rent in case I could go back to Beijing to finish my contract). So I felt a house on wheels would fulfill my needs for transportation, a home, and travel. Of course now that has thrown in some extra expenses into the mix including some repairs already.

7) What do you parents/family members think about your FIRE plans?

My mom was a communications professor and my dad was a truck driver that hauled a semi-truck with goods for 40 years. So I grew up with a very traditional mentality of money: get good grades, go to college, and get a good job with good benefits. So traveling the world playing music wasn’t really on the radar. I even remember telling my mom that I wanted to be a musician, and she gave me the look of “oh jeez, my son is going to be very poor”, and she told me that music teachers don’t make very much money. I’m not sure of their stance on my money lifestyle now, and I’m sure they don’t even understand how much money I make, but they are happy for me.

8) What were your finances like before and after discovering FIRE?

In Singapore and Beijing I actually took a pay cut from working in Las Vegas. Working for these hotels I would make about $1000 USD a week, which isn’t bad considering that I get free meals, a free 5-star hotel room, and drinks (shhh don’t tell ;P). So the $1000 a week would be pure profit pretty much. On my days off sometimes I would travel to other cities or countries, or if I had friends in town I would show them around. But now back in America and because of COVID-19 my finances are a lot more irregular. Performing a live-stream is fun, but because I’m only getting tips, it’s hard to know exactly how much money I’m making daily. I have been able to get by pretty much doing a few gigs here and there, but the cash flow has significantly decreased.

9) Do you have any advice for those who are in a similar place on their FIRE journey(s)?

Yes! Just go for it. I’ve taken to thinking about finances on a daily level. I write in a daily journal about things that are important to me: Mind, Body, Soul and Money. I think having a good financial mindset is what will help lead to freedom and happiness.

Thank you so much for sharing your experience with us, Daniel!

After listening to sample of Daniel’s music, I was so impressed, I bought his songs and have been listening to them as I write. My favourite track is called “OK,” followed closely by the very romantic “Balls on Your Face.” What can I say? I’m a woman of extreme tastes.

If you want to know more about Daniel and how he went from making a living as a musician by following his passion, check out his interview here:

To find out more about him and check out his music click here:

13 thoughts on “How Has Covid-19 Affected Your FIRE Journey? Part 6”