“Giddy” isn’t a word I’d use to describe myself, but that’s exactly how I felt.

Standing in our Caldera (“Cave View”) balcony over-looking the aquamarine Aegean Sea, I was on the top of the world. 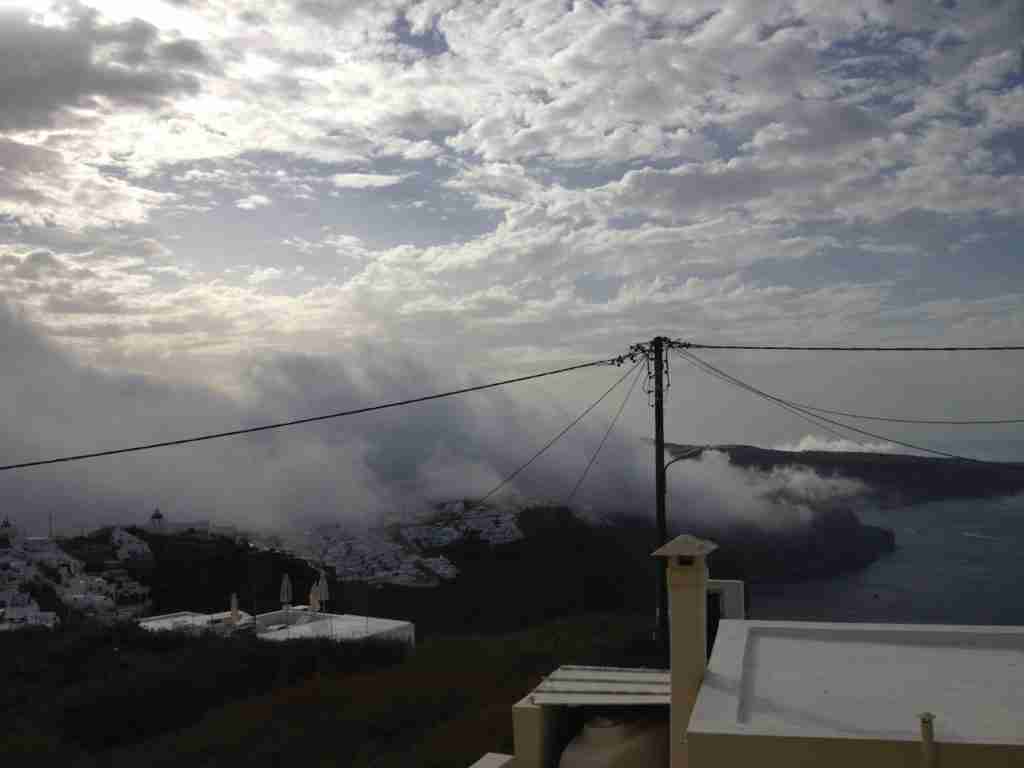 The salty smell of the sea, the misty clouds, the sunrise over the cliffs. Who wouldn’t be giddy?

And to think we’d almost missed out on all this! Initially, Greece wasn’t even on our radar but thankfully that changed when our host, Luca, in Amsterdam proclaimed “GO TO SANTORINI! JUST GO!” before declaring “LET’S DO A JOINT”! (We quickly learned that Luca only has 2 volumes: silence or screaming)

Which is exactly why we like Airbnb better than hotels. Only the locals know exactly where you need go to get the best value.

And that’s exactly what we got with this place in Imerovigli, the highest point of the island. For a measly $40 Euros ($60CAD/$42USD), we got a balcony with Cliffside views and a giant pool in the backyard. Normally rooms like this on Santorini easily go for $200/night. 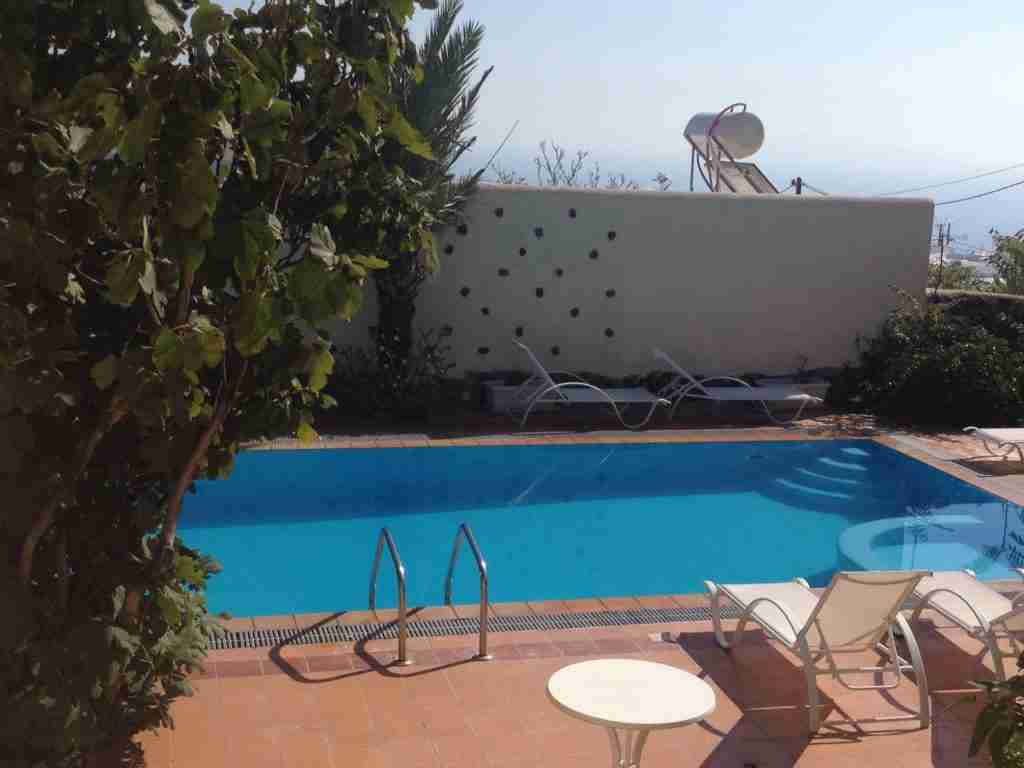 Needless to say, we spent A LOT of time on our balcony. 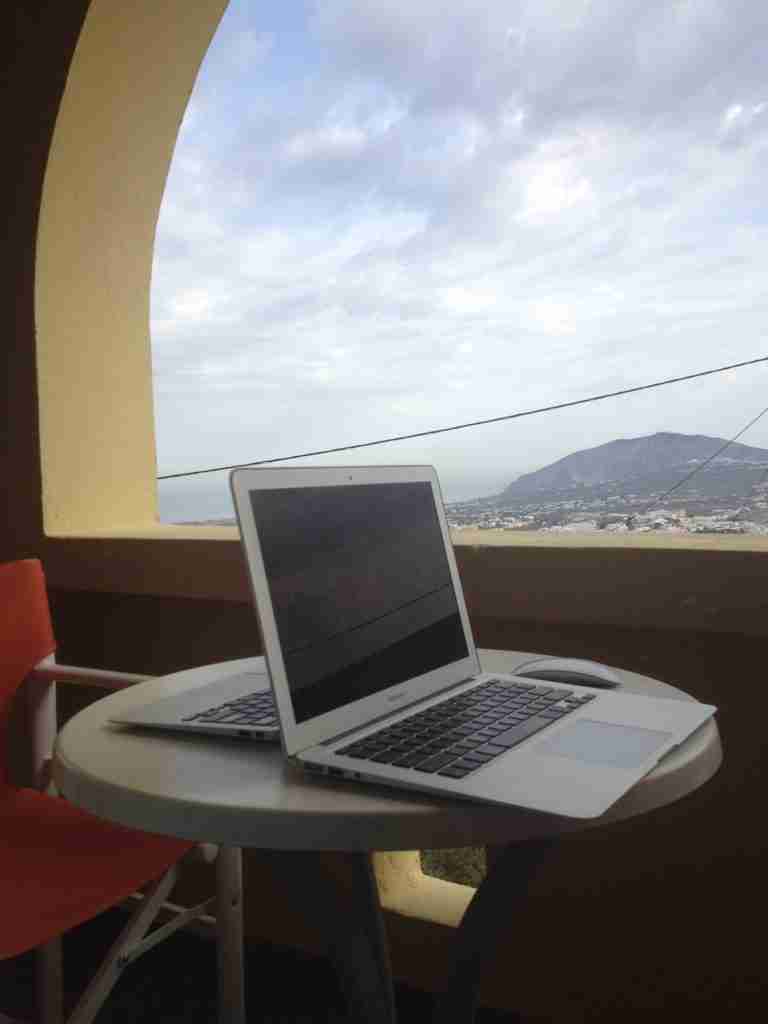 If my cubical had look like that back when I was still working, I would’ve loved Mondays a Hell of a lot more.

We quickly discovered the best (and funnest) way to get around Santorini—by ATV. The feeling of wind ruffling your hair, zipping along the coast is an experience not to be missed. 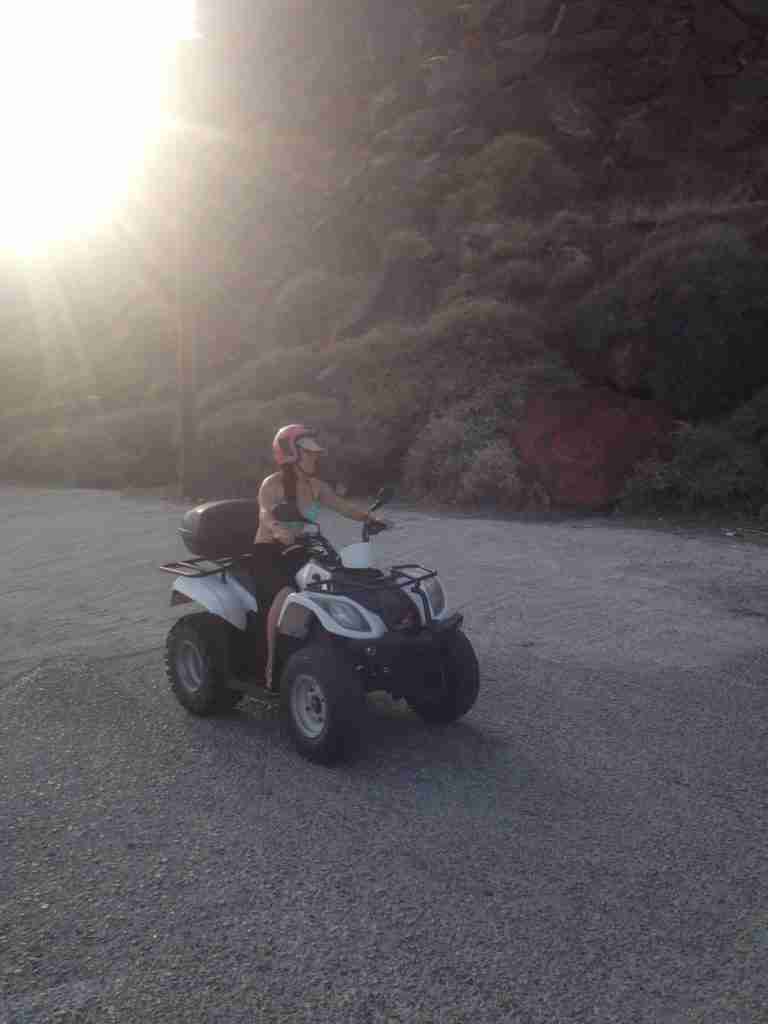 Unlike the tree that we almost slammed into on our way to “Red Beach”, when I clumsily did a 3 point turn on a small road. I was pretty proud of myself for getting us the rest of the way there without plunging off a cliff, but Wanderer was less than amused. Hey, he’s the one who let me drive, so really this is on him.

We arrived unharmed due to my excellent driving skills, and this is what we saw: 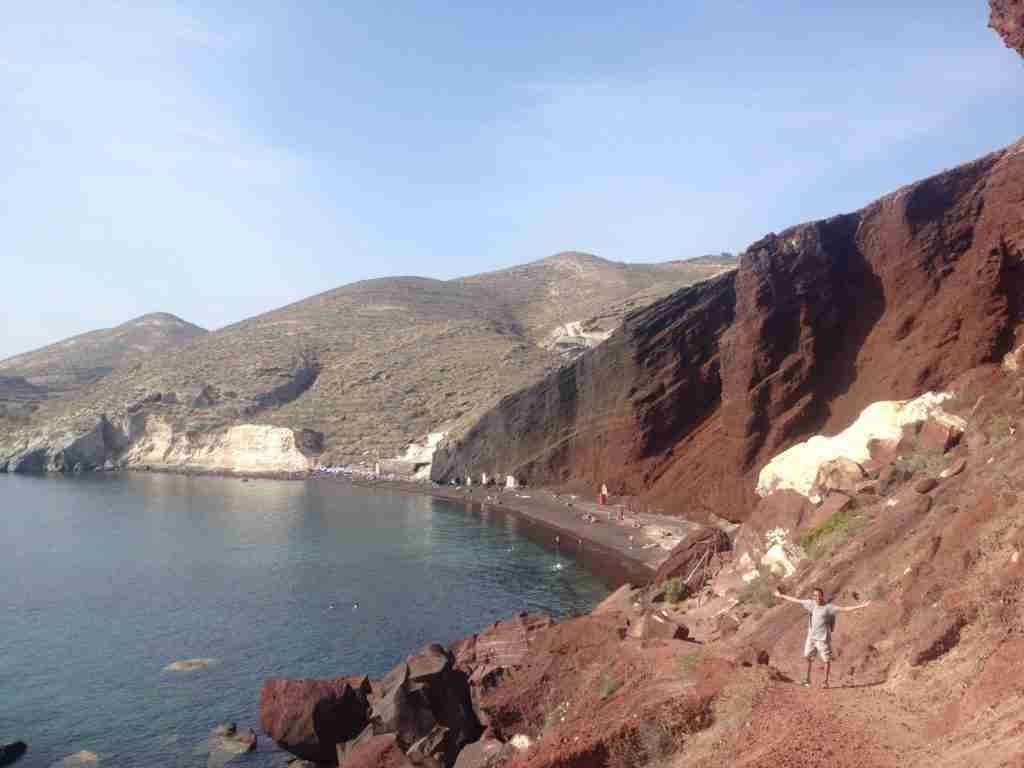 Basically the entire time there, I felt like I was on another planet. Red sand, turquoise waters, black volcanic ash in the background.

We enjoyed a nice refreshing swim, but the couple next to us bolted out of the water, complaining bitterly about it being “freezing” compared to California. Ahhh Californians. Clearly they have never felt the icy wrath of lake Ontario.

Now that I’d gotten the hang of not crashing, we decided to drive the ATV to nearby Oia, the town with the best sunset: 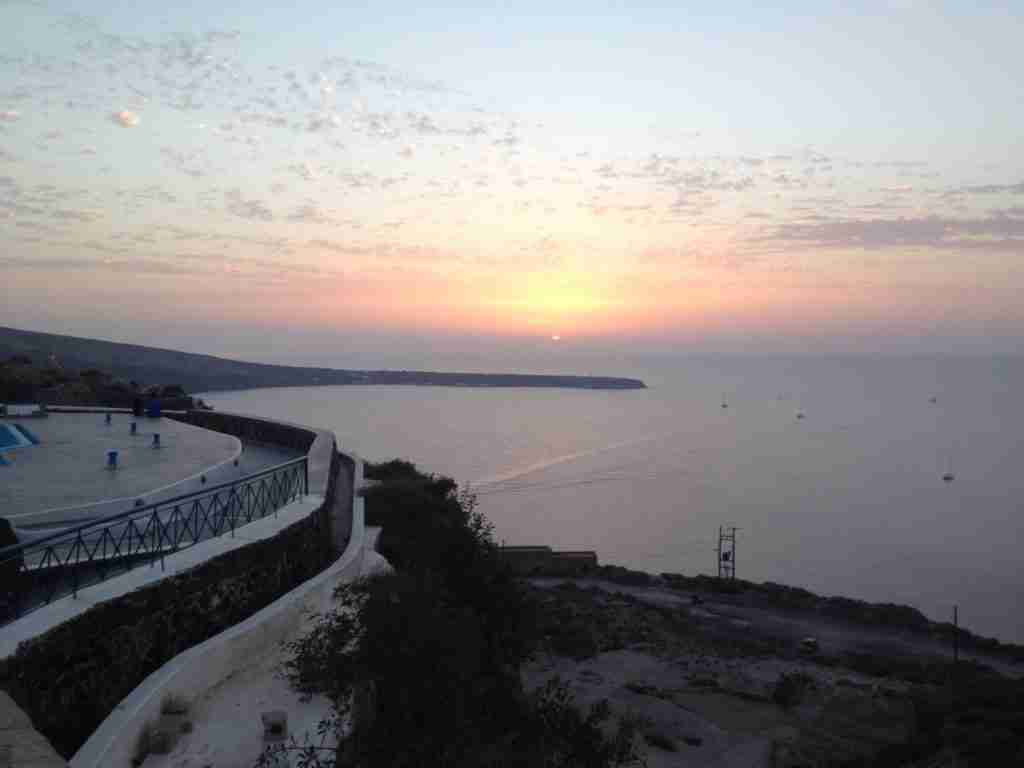 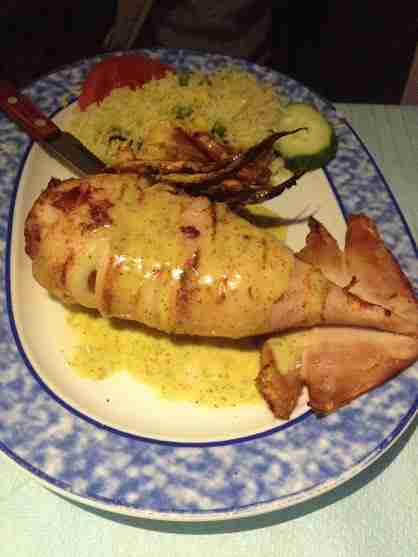 Driving back in the dark through winding roads over-looking the cliff was a bit unnerving, but we did get home with all limbs intact and only minimal amounts of screaming from Wanderer. I made sure to stay vigilant, watching for suspicious white vans the whole way.

After Santorini, we headed to Ios, the island of booze and packpacker parties, but since we were there during low season, the island was pretty deserted. So, not as fun as Santorini, but still pretty sweet to have the entire beach to ourselves: 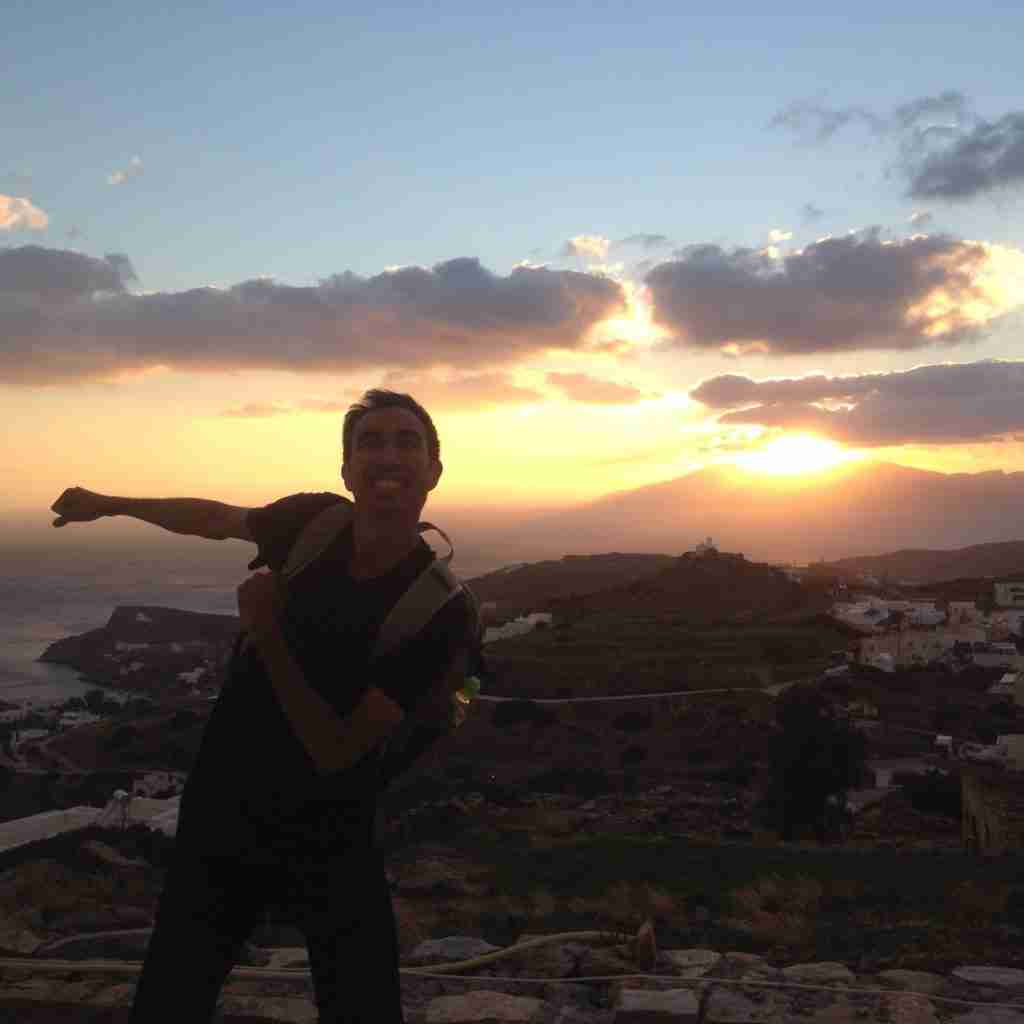 Ios also happened to be one of the most relaxing and least expensive places we stayed in during our time in Eastern Europe, which helped to offset our costs from UK and Western Europe. Rooms could be had for as little as $20 Euros per day ($21 USD) in low season. 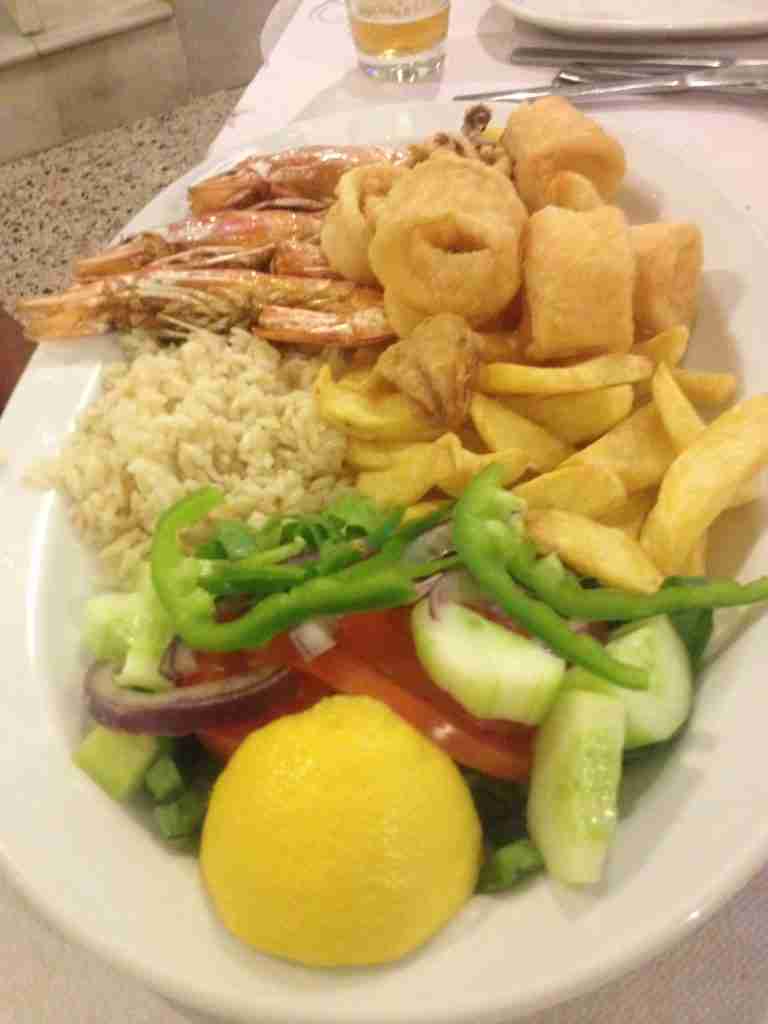 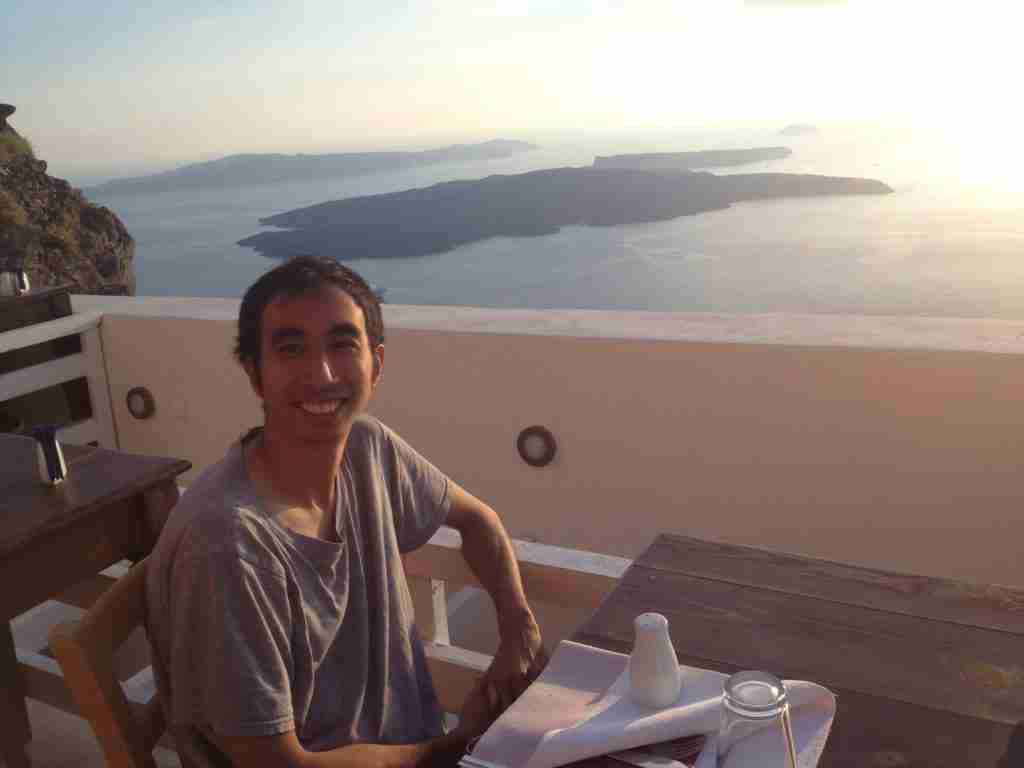 All in all, Greece completely blew us away. For a place that we weren’t even going to visit, it turned out to be one of the most memorable places and the best value.

Here’s how much we spent:

If you’ve never been to Santorini before, GO. GO NOW.