I thought Romeo and Juliet was the most tragic love story I’d ever heard. But then we went to Coimbra, Portugal, and discovered the story of Pedro and Inês.

In 1340, Prince Pedro was betrothed (aka “forcibly married”) to Princess Constance of Spain. Back then marriages were less about love and more about king and queens pawning off their kids in an exchange for political alliances. And King Alfonzo wanted his son Pedro to produce a heir that’s half Portuguese, half Spanish so prevent their asses from being invaded.

This loveless marriage of convenience would’ve been fine, except Princess Constance had a super-hot lady-in-waiting Inês, who Pedro instantly fell for.

They tried to keep their affair secret but failed miserably on account of the fact that he couldn’t keep it in his pants and impregnated her, causing her to birth a whole gaggle of illegitimate children.

This, understandably, didn’t sit well with his dad, who was terrified Pedro would give one of his bastard children the throne over his legitimate half-Spanish son, thus ruining the Portuguese/Spanish alliance. So, one day while Pedro was out, he hired 2 assassins, who dragged poor Ines into the woods and beheaded her in front of her children.

So basically, some real-life Portuguese Game of Thrones shit.

When Pedro found out what his dad had done, he not only refused to speak to his father, he waged a civil war.

Father and son only made up after Pedro’s mother intervened, and Pedro grudgingly put up with his dad until he died of old age.

BUT, the second King Alfonso died, Pedro’s first order of business as king was to have Inês’ body dug up, be clothed in royal finery, and sat up on the thrown as his true queen. Each member of the royal court was then forced to kiss her decomposed hand to show respect to their true queen.

He then killed her assassins by ripping out their hearts with his bare hands.

After avenging Inês, Pedro never remarried, choosing instead to have side-by-side coffins built depicting scenes of their time together.

Hmm, should I be swooning or screaming? Maybe both?

If you visit Coimbra, take a walk around the gardens in the Quinta das Lagrimas Hotel (which translates to “Estate of Tears”), built on the site where the lovers fell in love and where Ines was later killed.

Apparently the fountain on the grounds is still stained with her blood (most likely just rust) and the flowing water is her tears (the Portuguese can be a tad melodramatic). 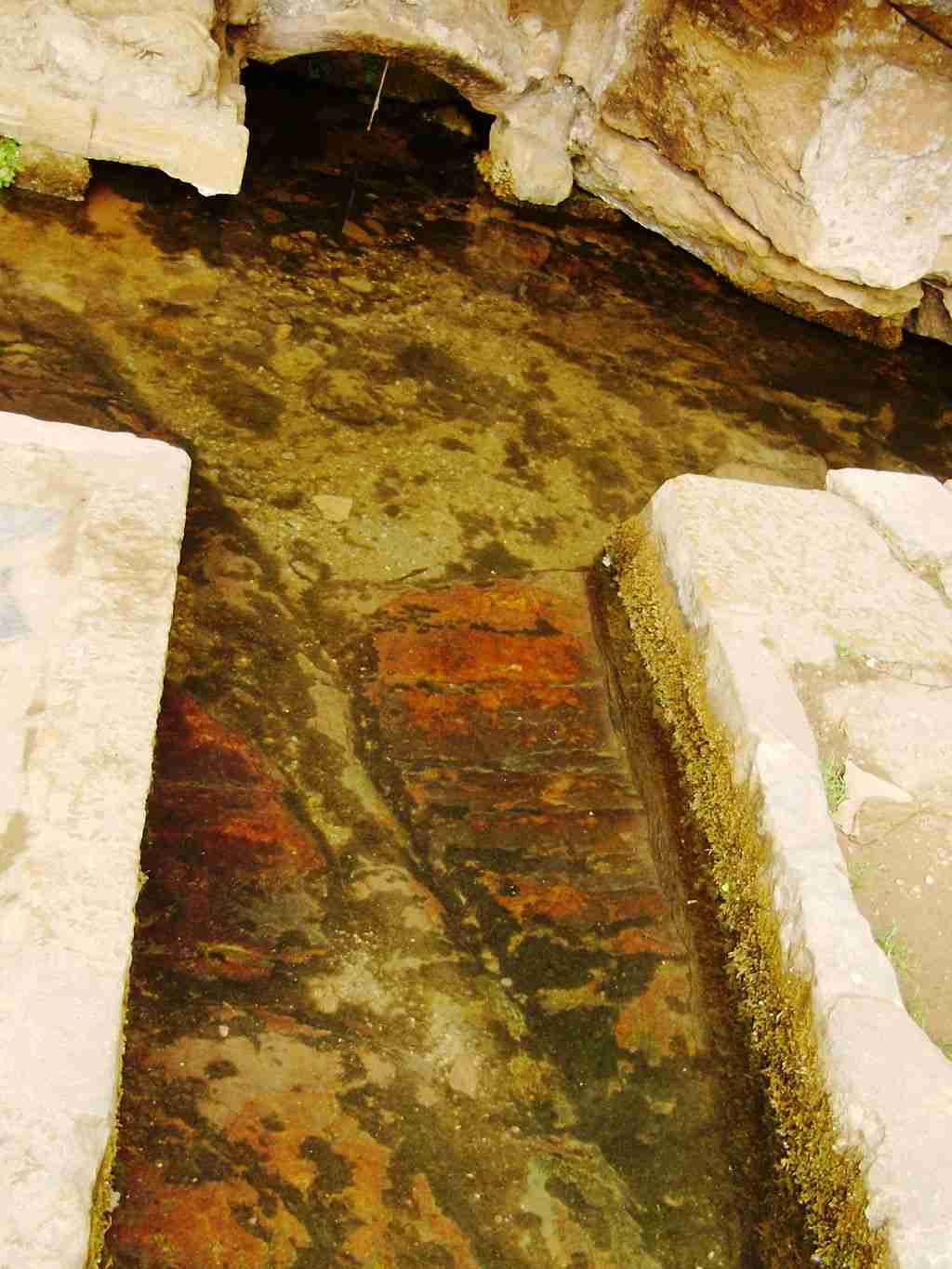 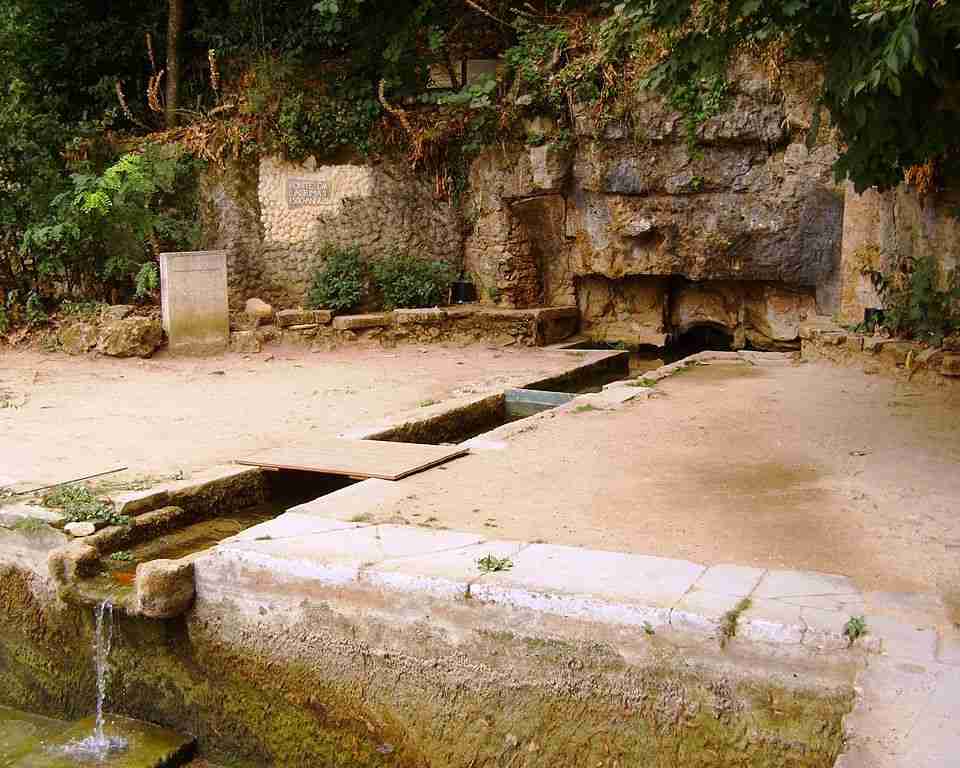 The hotel staff has even reported seeing her ghost roaming the grounds, crying and looking for her prince, Pedro.

To capitalize on this, the hotel offers a Pedro and Inês (or P&I as the cool kids like to call it) menu and even a P&L wine paring for all the hopeless romantics out there. The menu includes a duck ravioli “amuse bouche”, octopus and scallop starter, and finishes off with “male and female” desserts of black forest cake and crème brulee.

What does octopus, duck, and scallops have to do with Ines and Pedro? And why is black forest cake masculine while crème brulee is feminine? No clue.

In the immortal words of the great philosopher Jim Carry on In Living Color, “I’m capitalizing on a trend that’s rising! Way to milk that story, tears hotel! 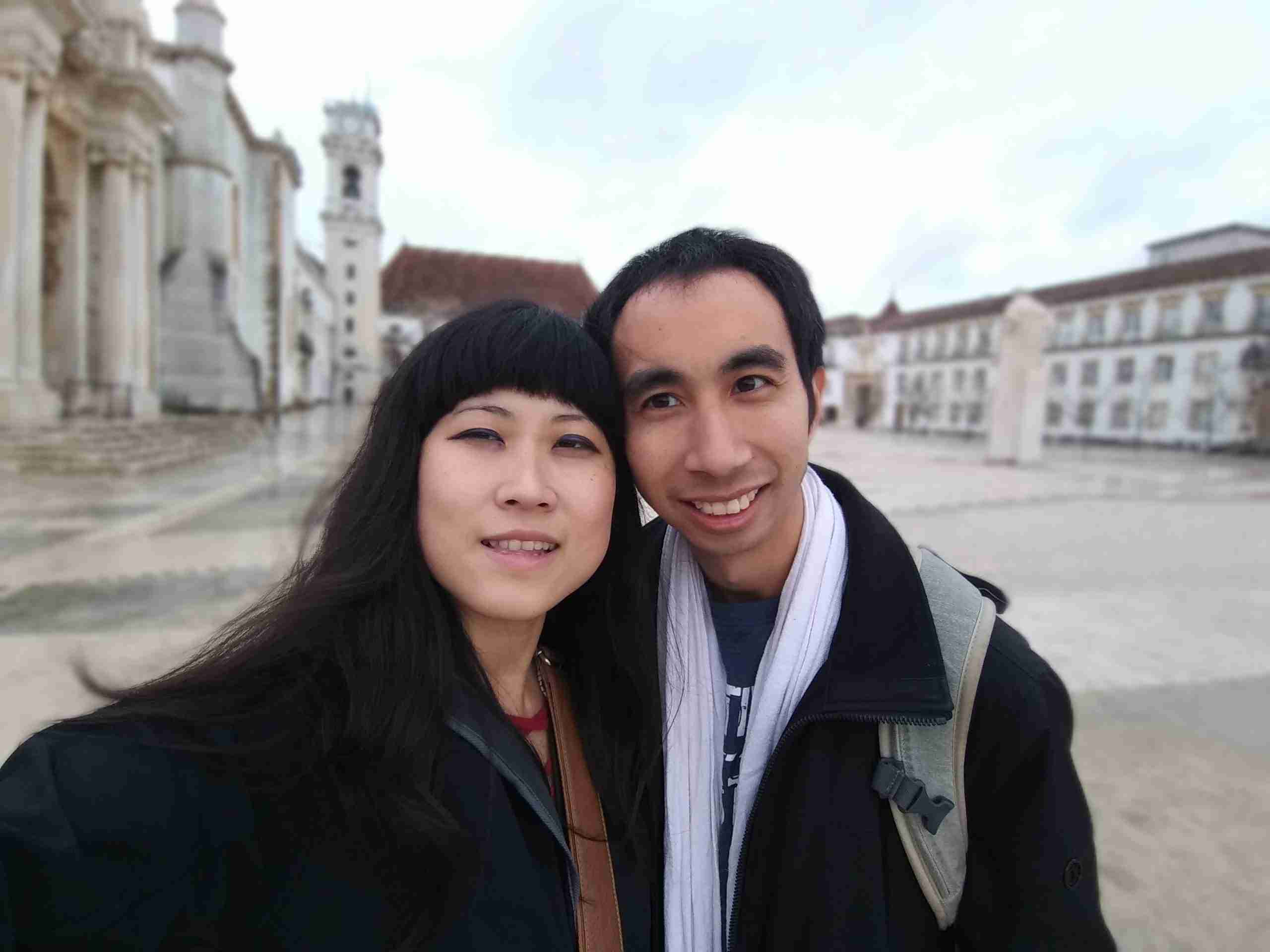 Once you’re done visiting the P & L hotel, you can head to the University of Coimbra, which has one of the prettiest campuses in all of Portugal overlooking the Mondego river.

As one of the oldest universities in Europe, UC also has a library that looks like what would happen if the Palace of Versailles and the Hogwarts’s library had a baby.

Fun fact, with over a million books to protect, the library comes with its own colony of trained bats that come out at night to eat any insects that might damage the books.

The university also comes with a prison to hold unruly students. Yeesh and I thought the Chinese school system was harsh. 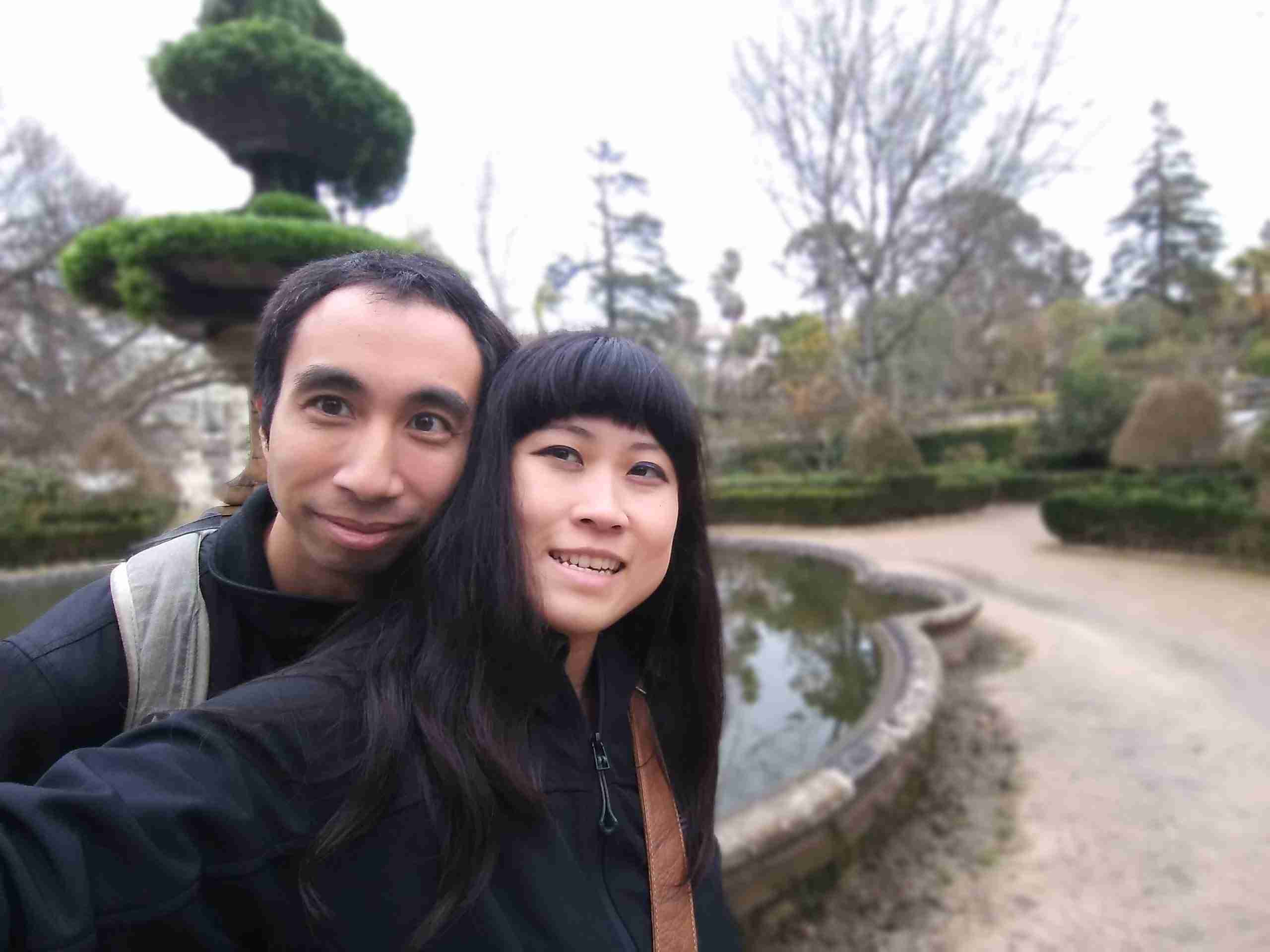 Ever since our experience with the terrifying MadMax garden in Las Palmas , we’ve been pretty weary of Botanical Gardens, but I’m happy to report, we didn’t have to do any death-defying stunts to explore this Botanical Garden near the university of Coimbra.

It’s got an ornate fountain, a greenhouse, a chapel, and even a bamboo forest! 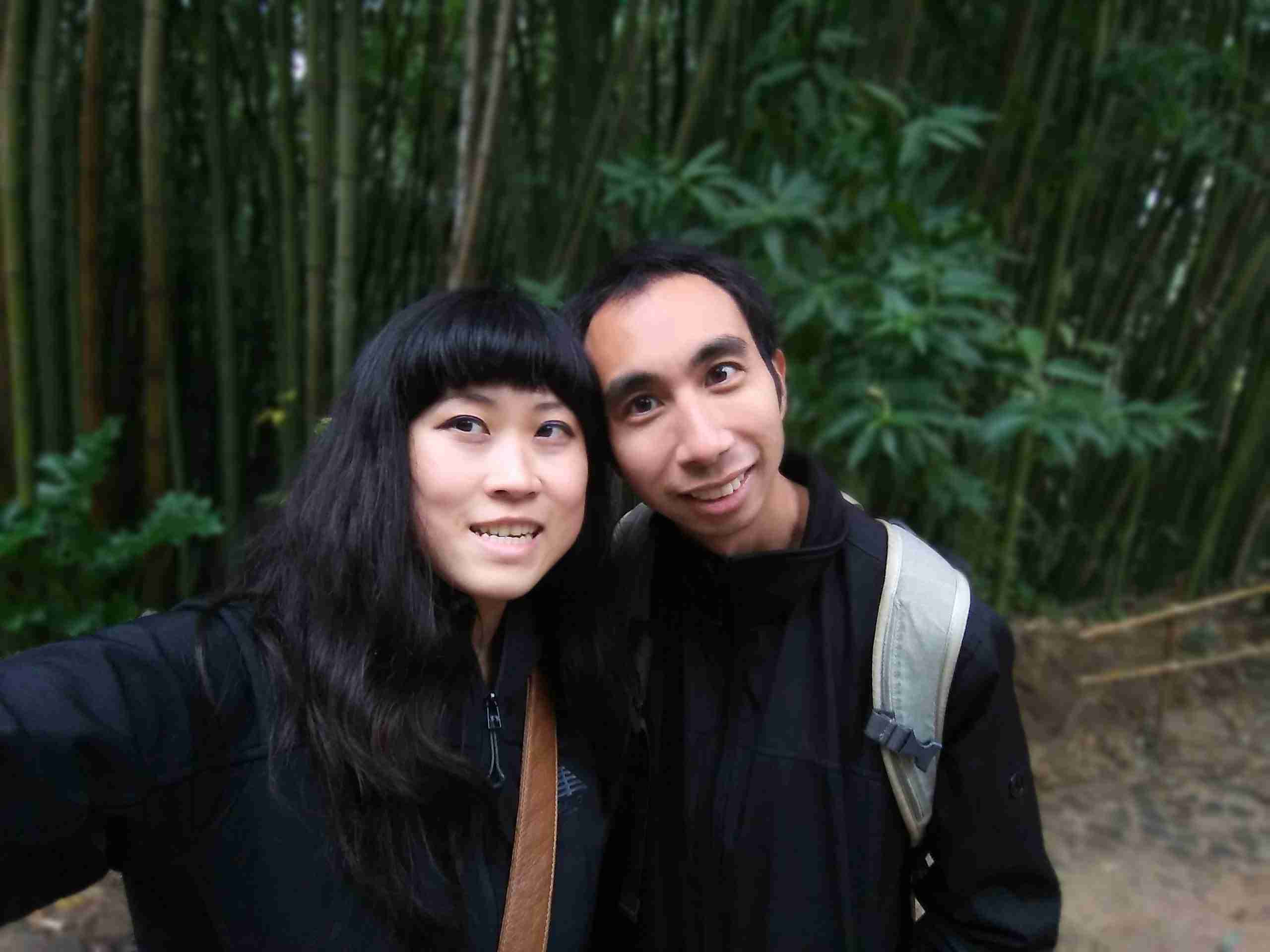 The Ines and Pedro bridge

This funky multi-colored bridge connects Coimbra with Alto de Santa Clara across the river. Because the bridge consists of two cantilevered walkways that are connected by a viewing platform in the middle, from each end it looks a bridge that never meets. It’s supposed to represent Ines and Pedro, two halves of a whole that can never meet.

I love the melodramatic symbolism. And I guess the clever engineering and incredible views of the river are nice too. 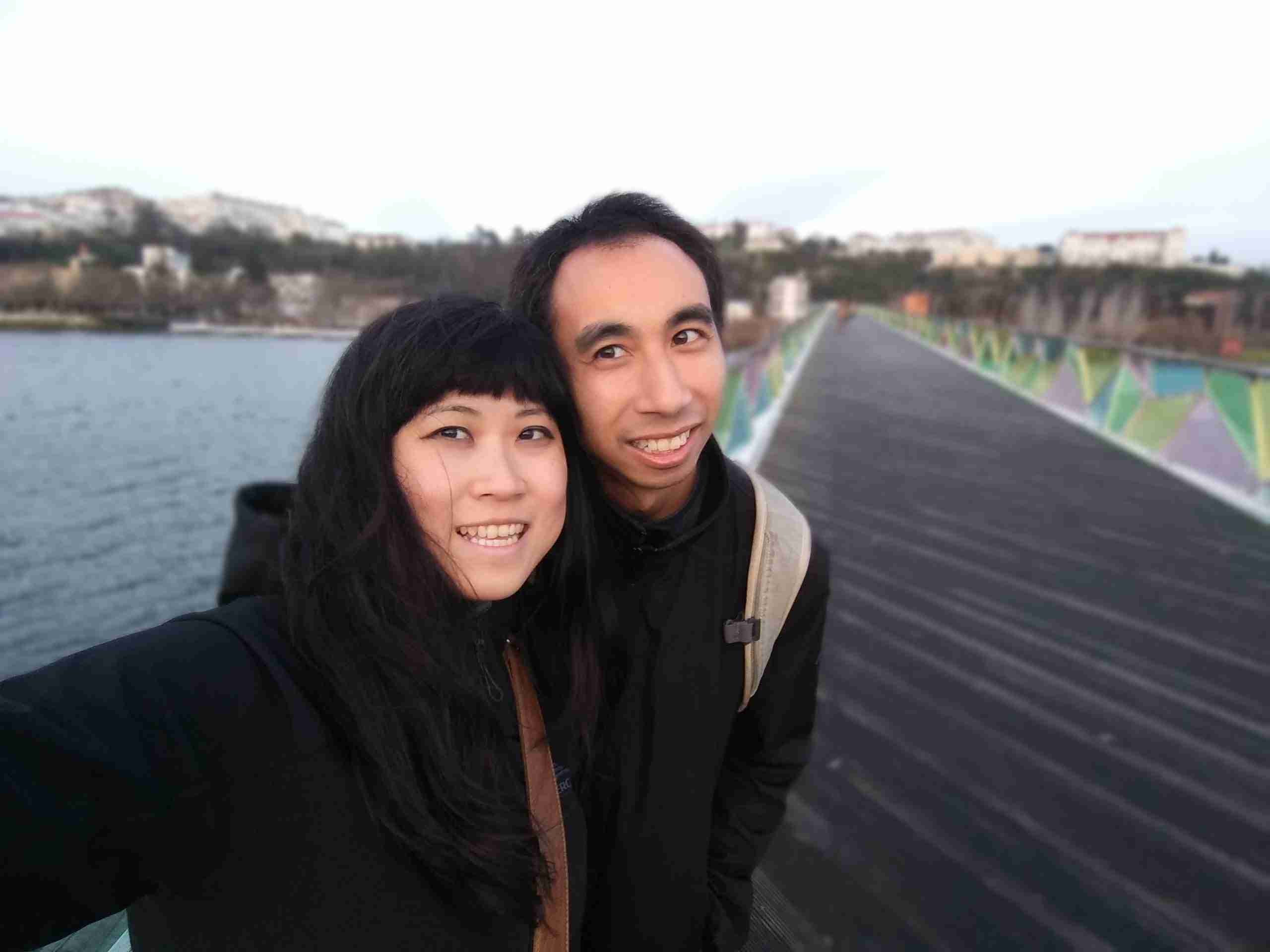 Overall, Coimbra is a hidden gem that reminds me of a mini Porto. If you’ve been reading this blog, you’ll know that Wanderer and I are huge fans of university towns. You get great value, good transportation, and lots of bars. Coimbra definitely fits the bill. 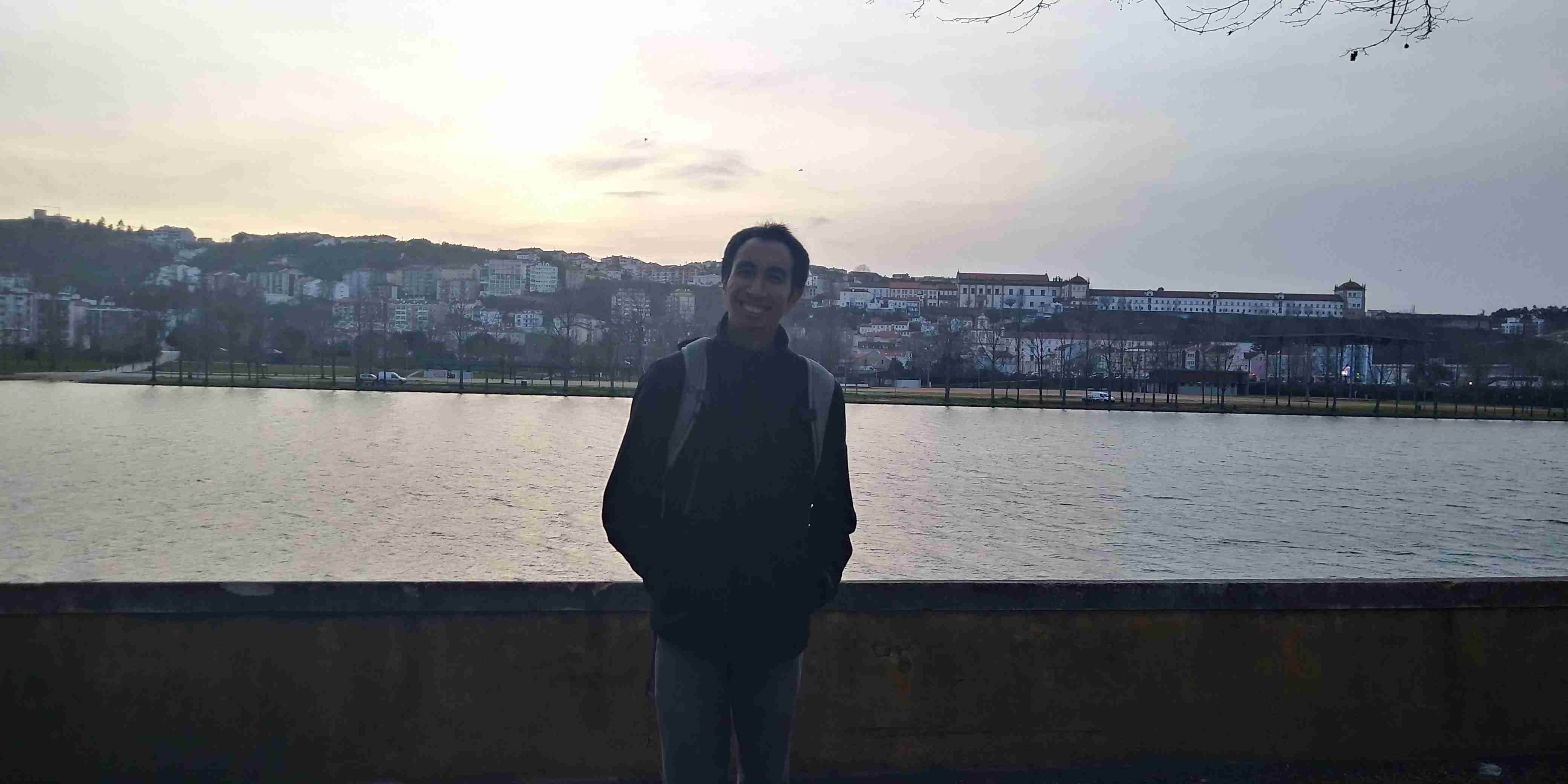 If you like creepy love stories and want to get away from the crowds and cliched touristy crap, this is the place to be.

Here’s how much we spent in Coimbra:

Have you ever been to Coimbra? What do you think of the creepy love story?