After freezing our butts off in London and meeting fellow Chautauquans for our family reunion, Wanderer wanted to find a warm place to park our butts until Europe becomes warm enough to travel around. After travelling the world for 3 years, we’ve lost a bit of our Canadian-ness and are giant wimps now. As it turns out the most southern point in Europe ended being the Canaries islands off the coast of Africa. While the rest of Europe is shivering under a blanket of snow, the Canary islands enjoy sun, fun, and beaches all year round. And lucky for us, Norwegian Airlines flies there from Dusseldorf for 50 Euros each (why-oh-why can’t we have these ridiculously cheap budget airlines in North America?). So we jumped on a 5-hour flight, excited to bid farewell to winter and ditched the icicles for sand. 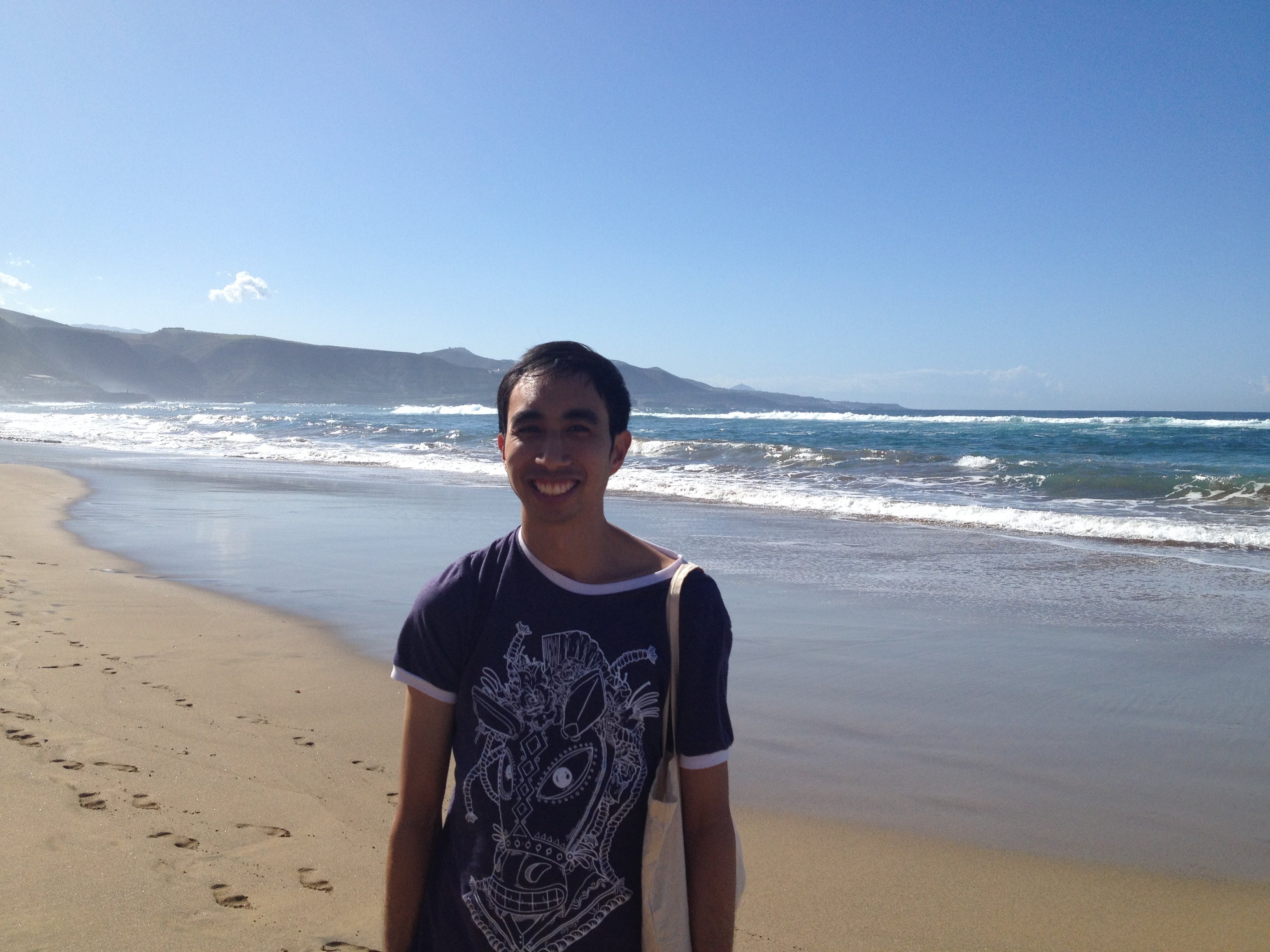 The Airbnb I booked for the month was somehow only 640 Euros/$1000 CAD/$800 USD for the month, despite being listed as only 5 mins walk from the beach. 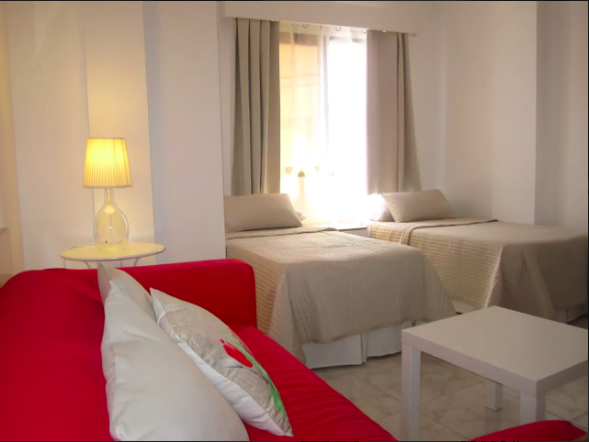 It was around this time, that I clued into the name of the island we’re going to—Las Palmas—a popular tourist destination with 800,000+ inhabitants—as a favourite digital nomad destination. Apparently, this was one of the top recommendations that popped up few years ago on Nomadlist when I put in my criteria of warm weather, fast wifi, safe, and good value.

As soon as we got to the AirBnb, I realized that we were literally a hop and a step away from the beach, as Las Canteras Beach beach was just across the street. From beach-side restaurants to choose from, each with an ocean view better than the last, to volcanic black-sand, to a scenic hike along the coastline, we were surrounded by nature, all the while being minutes from modern conveniences. There was also a grocery store just around the corner and even a neighbourhood work sharing space with lots of artists and digital nomads hard at work. Being close to everything meant that we could easily walk everywhere and having the beach as our backyard didn’t hurt either: 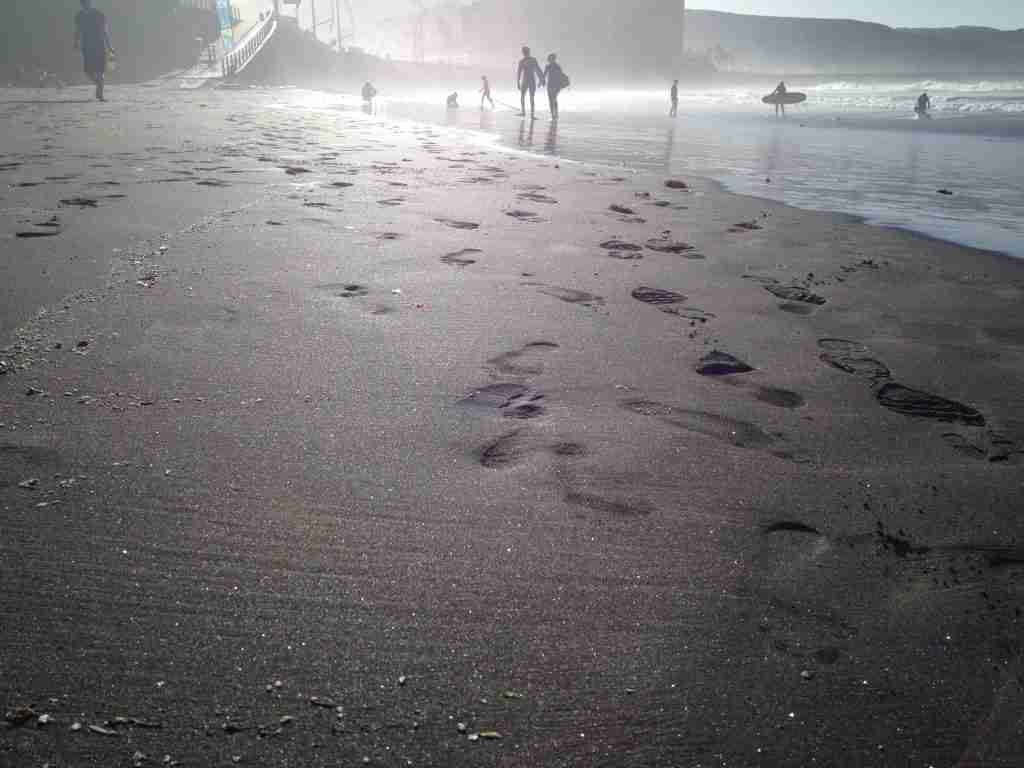 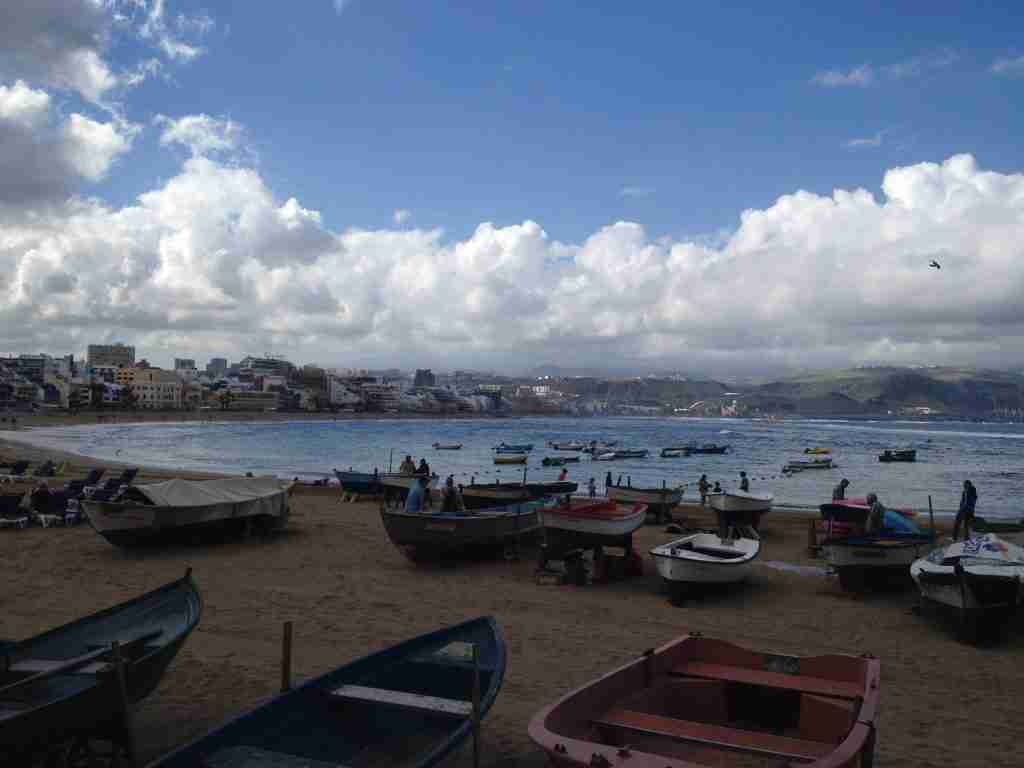 We only had to spend a day in Las Palmas to find out that that locals have a great sense of humour. When the nice owner at the work-sharing space told us not to miss “the Funeral of the Sardine” during the Carnival festival, we were confused. I thought it was something that got lost in translation, but as it turns out “the Funeral of the Sardine” is basically an excuse for the Spanish to take a giant sardine and blow it the HELL up.

After a week of partying, concerts, and parade floats—which aren’t so much floats as neon-decorated trucks equipped with beer taps—it was time to bring out the Sardine: 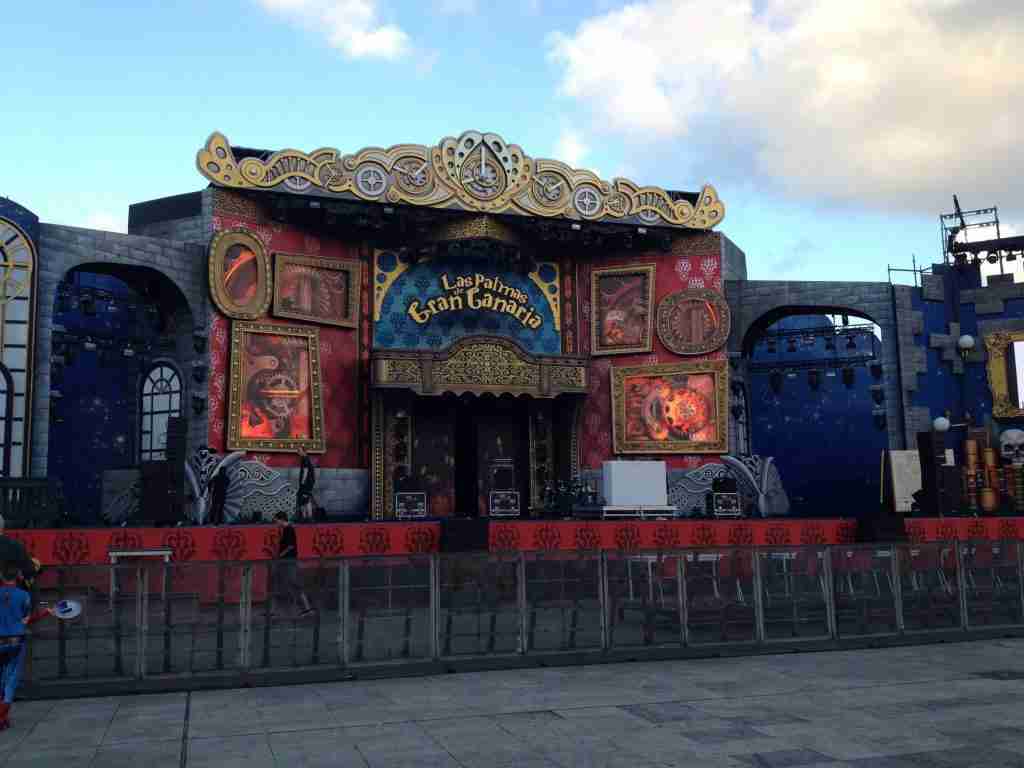 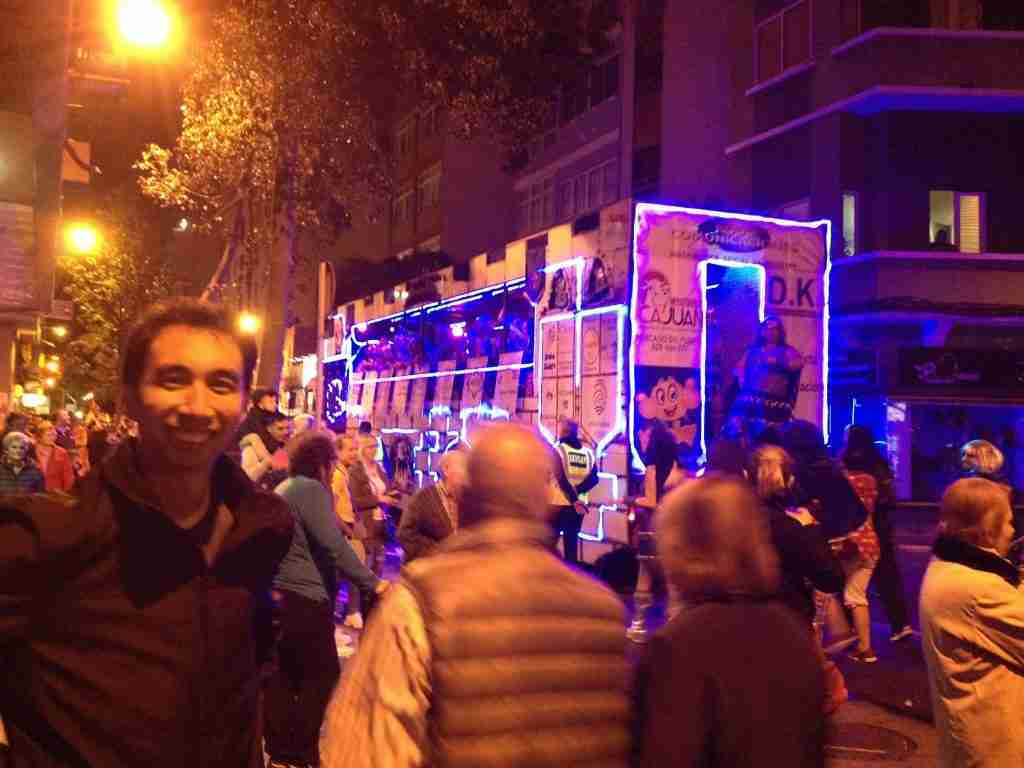 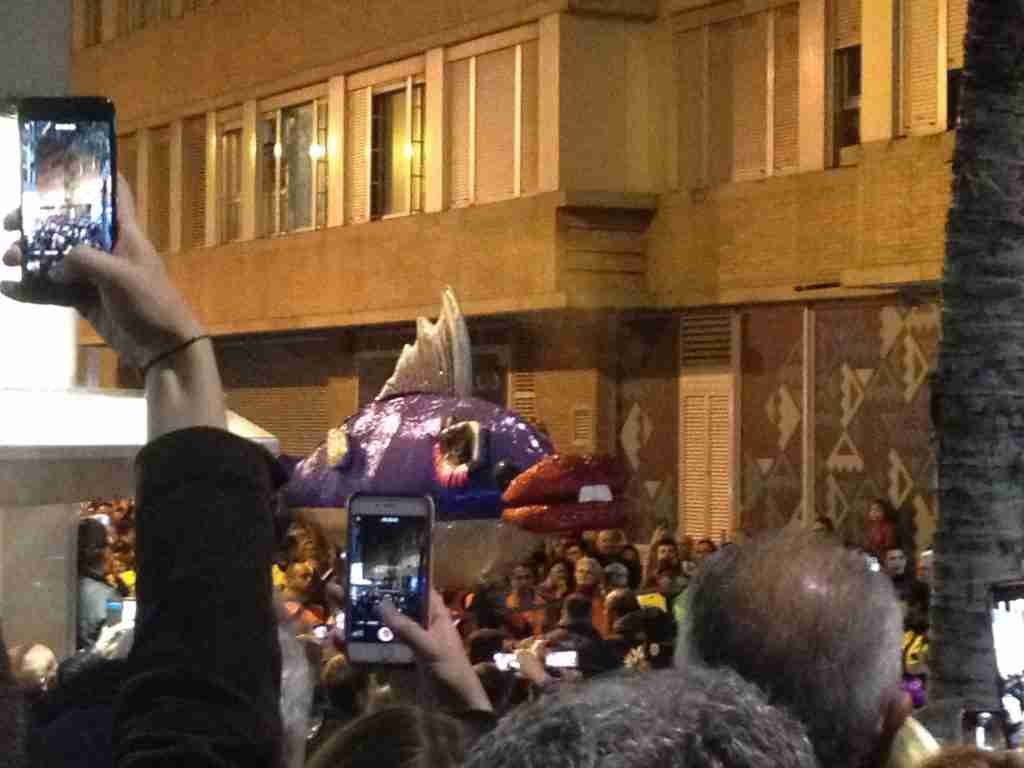 Yup. That’s a giant sardine all right. After a winding parade around the city, they took said sardine down to the beach, into a raft, and rowed it into the ocean. 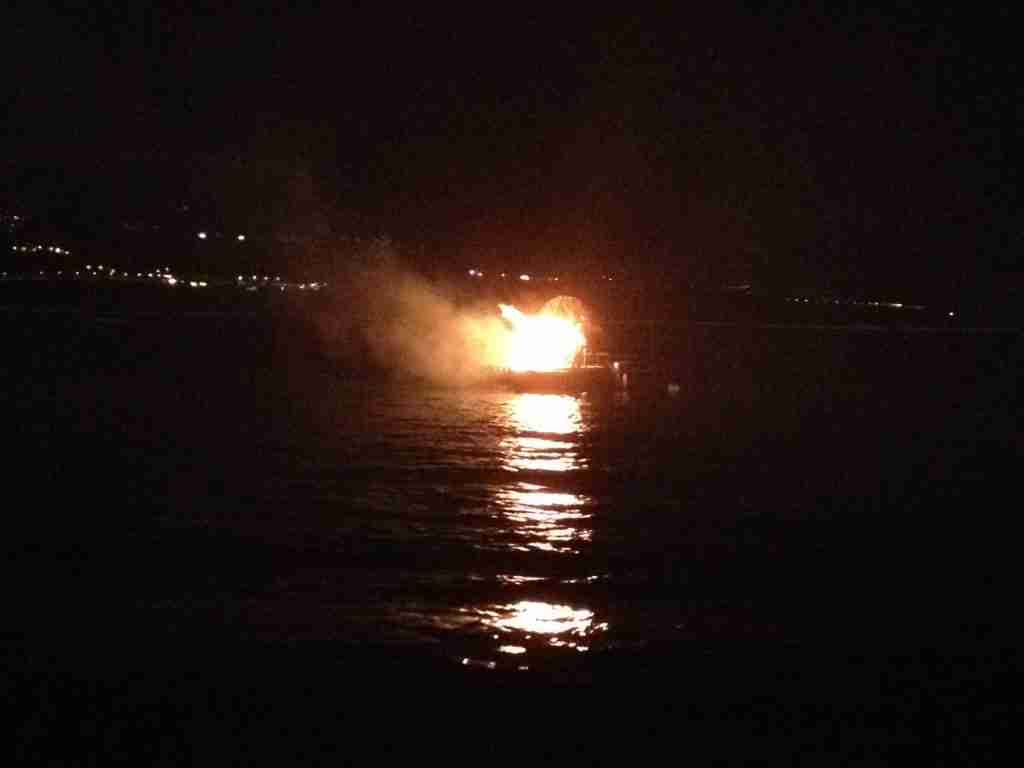 Then they lit it on fire. 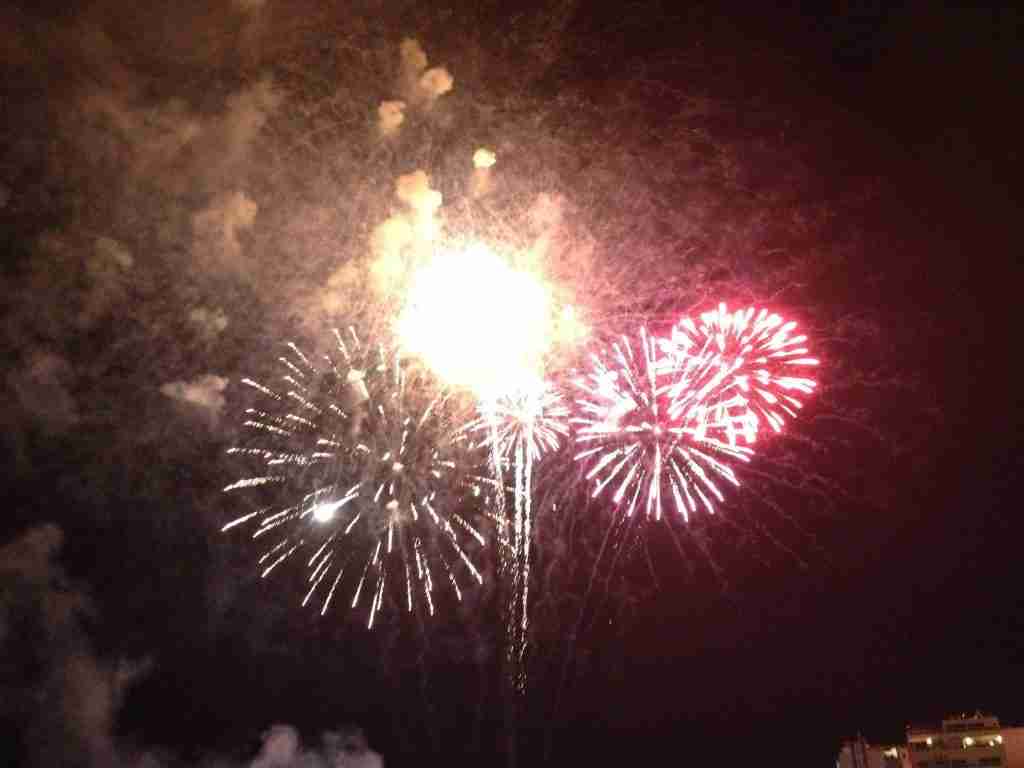 And that’s when we realized the entire thing was full of explosives.

God, I love the Spanish.

We got another taste of their weird and wonderful sense of humour the next day, when we went to what we thought was a relaxing and tame botanical garden. How stupid and naïve we were. Especially given that I had seen this review before we went

“ This was the worst holiday experience of my life. This Botanical Garden was the scariest thing I have ever done.”

My first thought was “It’s a Botanical Garden! Get a grip!” But as we descended down the winding path built into the side of a mountain, overlooking a ravine, I started to see why this was the Mad Max of all Botanical gardens.

So apparently the garden is actually at the bottom of the cliff, on the other side of a small ravine. To get down, you have to climb down some steep steps made of rock, and they are so narrow, if another person is coming up, you can’t walk past them. You just have to back up hard against the cliff and hope to God the other person doesn’t trip over you and send both of you to your doom.

There are no railings. None.

And as a bonus, if you plunge over the side (at some sections, it’s easily a 100 ft sheer drop), the only things breaking your fall are cacti.

I have to admit; I didn’t get a good picture of these scary steep steps. I was too busy concentrating on, you know, not dying.

On the plus side, after we finally managed to get down, the garden at the bottom was actually quite nice—though not worth plunging-over-a-cliff-into-cactuses kind of nice.

But for some reason, the locals had no problem navigating this death-trap of a Botanical garden. At some point, I even saw a whole group of Spanish school children bounding down the steps like it was nothing. Hm. Maybe safety is just too overrated in North America. Who knows.

You’d think I would’ve learned my lesson, but the next day I decided to give myself another adrenaline rush by going down into a volcanic crater, the locals call “Bandama”. The path down was also slippery, narrow, and “safe-guarded” by cacti, but much easier as there are small trees and shrubbery to hold on to on the way down. 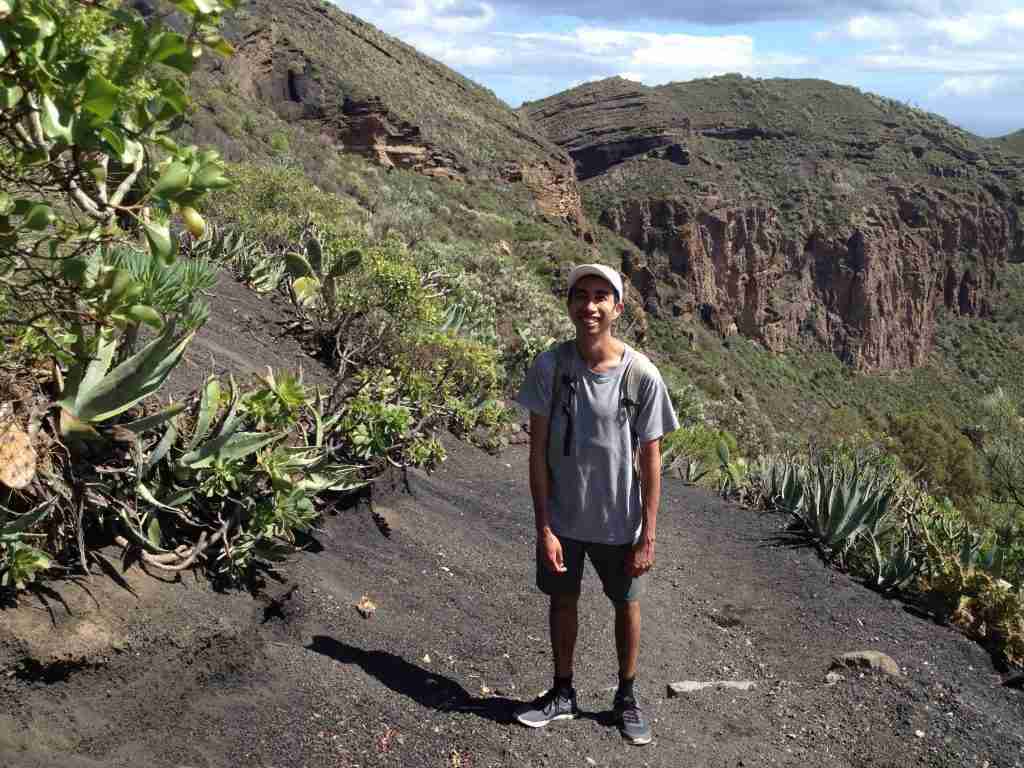 Or maybe the ass-whopping the Botanical Garden gave me made it seem much easier in comparison. I have no idea. But the scenery on this one was absolutely worth it:

After this whole excursion, I couldn’t wait to go back to the beach, and cool off with a nice refreshing swim: 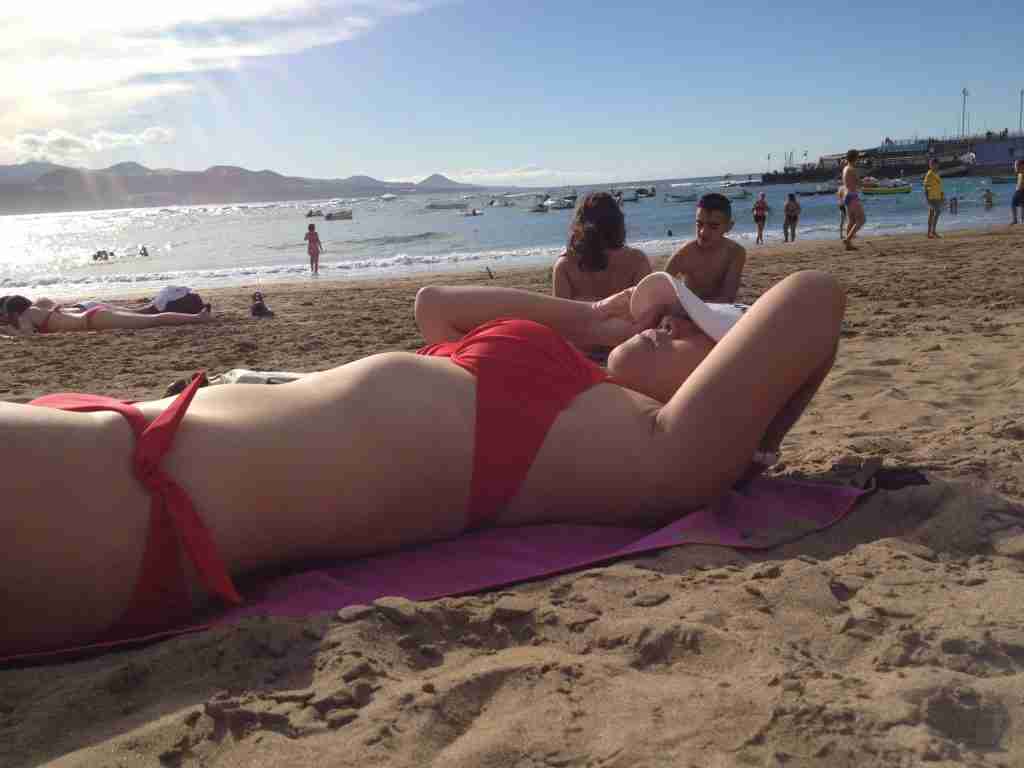 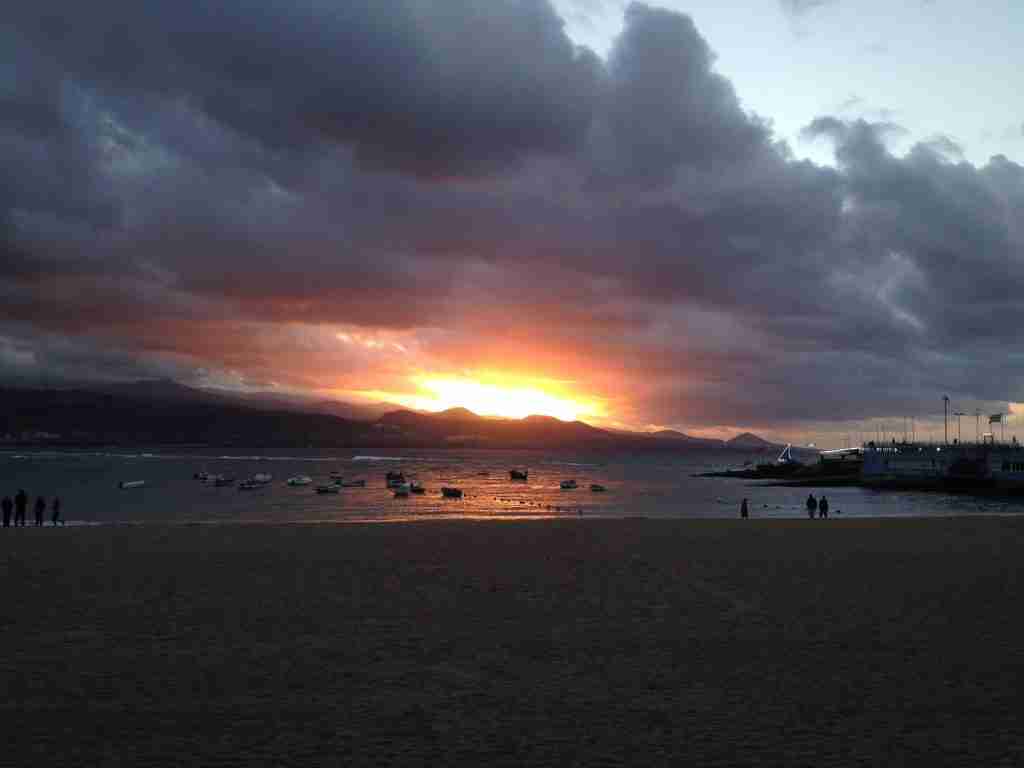 Overall, Las Palmas ended up being the perfect escape from winter in Europe—just make sure you don’t fall off a cliff at the Botanical Gardens.

Here’s how much we spent in Las Palmas:

What do you think? Would you go to Las Palmas?