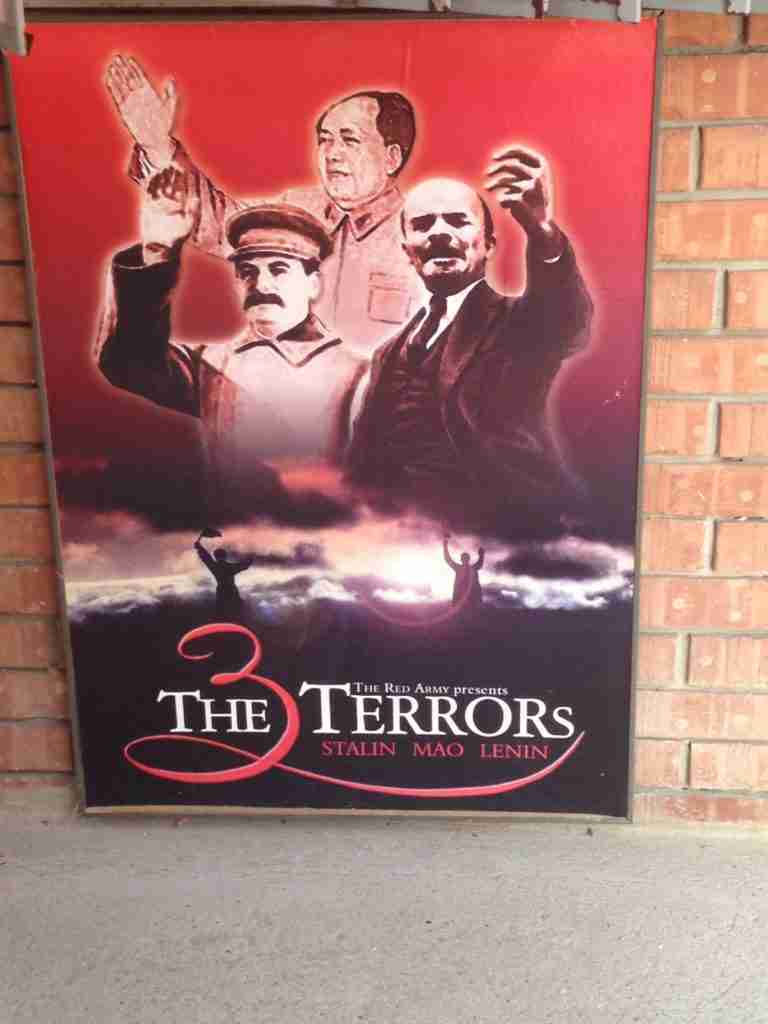 “Oh good, the Communists are here,” said nobody ever.

WRONG. Because that’s what the Hungarians thought. Seriously. They took one look at Soviet tanks rolling into Budapest and thought “Good times are JUST around the corner now!”

The thing is, I don’t blame them. Well, not completely. Because after being terrorized and subjugated by Nazis, it’s difficult to imagine things getting worse.

Difficult, but apparently not impossible.

Stalin: “Hungary must be punished.”

Not something any country wants to hear, least of all a country right next to the USSR. You see, in 1941, Hungary took one look at the landscape, sandwiched between Nazi Germany and the USSR, realized it had to choose sides. So they shrugged, flipped a coin, and the coin turned up WRONG.

They sided with the Nazis.

By 1943, as it was becoming clear that maybe that wasn’t such a great idea, they tried to switch sides by secretly negotiating with the Allies. The Nazis found out, of course, and imposed a brutal rule over the country in an effort to keep Hungary in line. And once Germany was defeated, Hungary was kinda sorta hoping that the resistance they put up would count for something when the new bosses rolled into town.

There’s a saying among Hungarians:

Good times. This is the most traumatizing fact we discovered while visiting the “House of Terror” in Budapest, Hungary.

Considering how the Fascist regime only lasted less than a year, while the Hungary Communist regime lasted 40 years, I can believe that.

“The House of Terror” museum was originally the headquarters of the Nazi secret police…until the Communists took over and turned it into a prison for torture and executions.

So it’s basically the worst building in the WORLD. Though today, it’s a pleasant day out for a couple looking to spend their day perusing all the ways Hungarians were treated like shit.

One particular story that stuck out in my mind was of a prisoner, who’d been forced to endure 10 years of hard labour in the coal mines.

He’d been beaten, he’d been starved, and he’d been tortured so much he couldn’t take it anymore. So he begged for rest and food from his Soviet overlords, saying how they would be able to produce more and work harder if only they were properly fed.

“We don’t want you to produce more. Your labour means nothing to the State. What we want, is to ensure that you will be miserable.”

They’re also INSANELY full of themselves, as we quickly found out from visiting Memento park, an open-air museum housing all the communist statues that are now, thankfully, defunct. 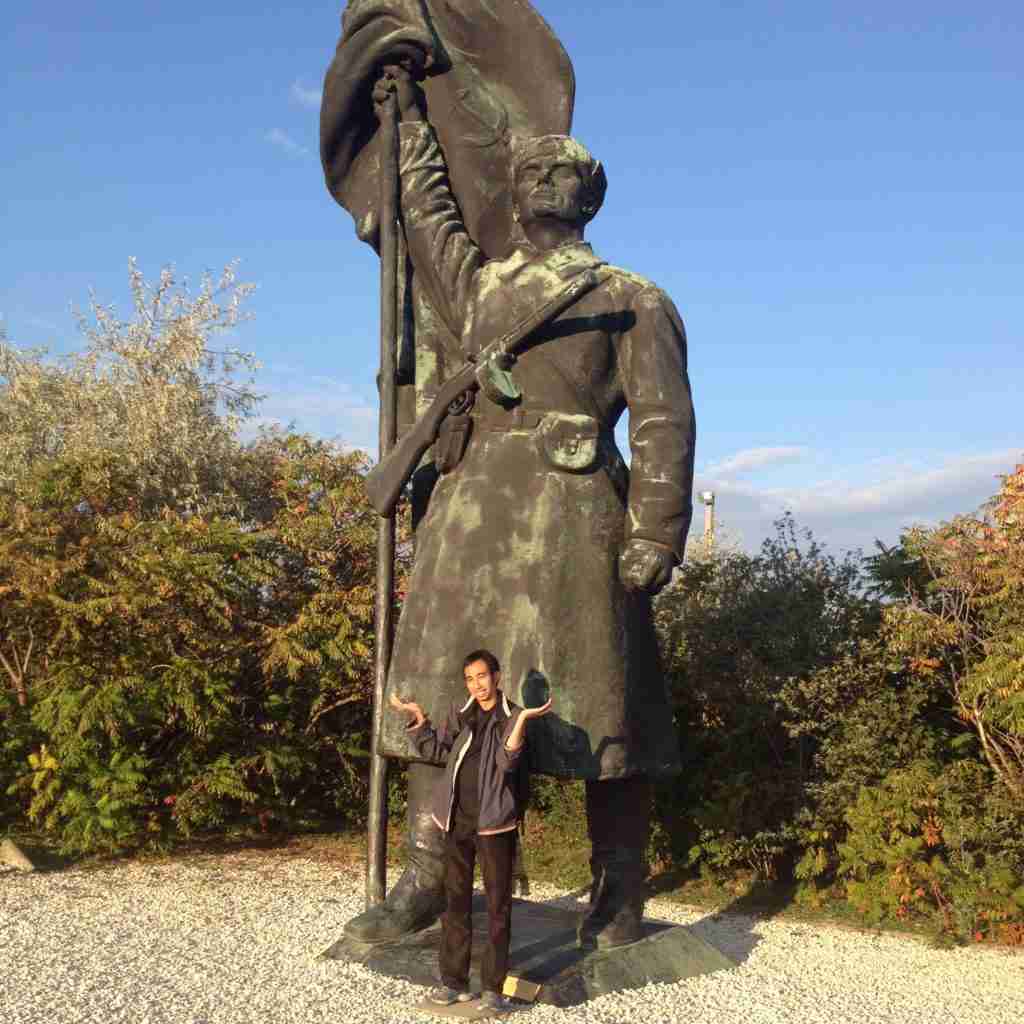 Now, before anyone accuses me of being an unbiased observer (HA!), let me just say that these Goddamned Commies tried to kill every single member of my family during the Cultural Revolution in China. So my positioning on Communism is firmly in the “not a fan” camp.

So as you can imagine, we had a lot of fun at Memento Park. 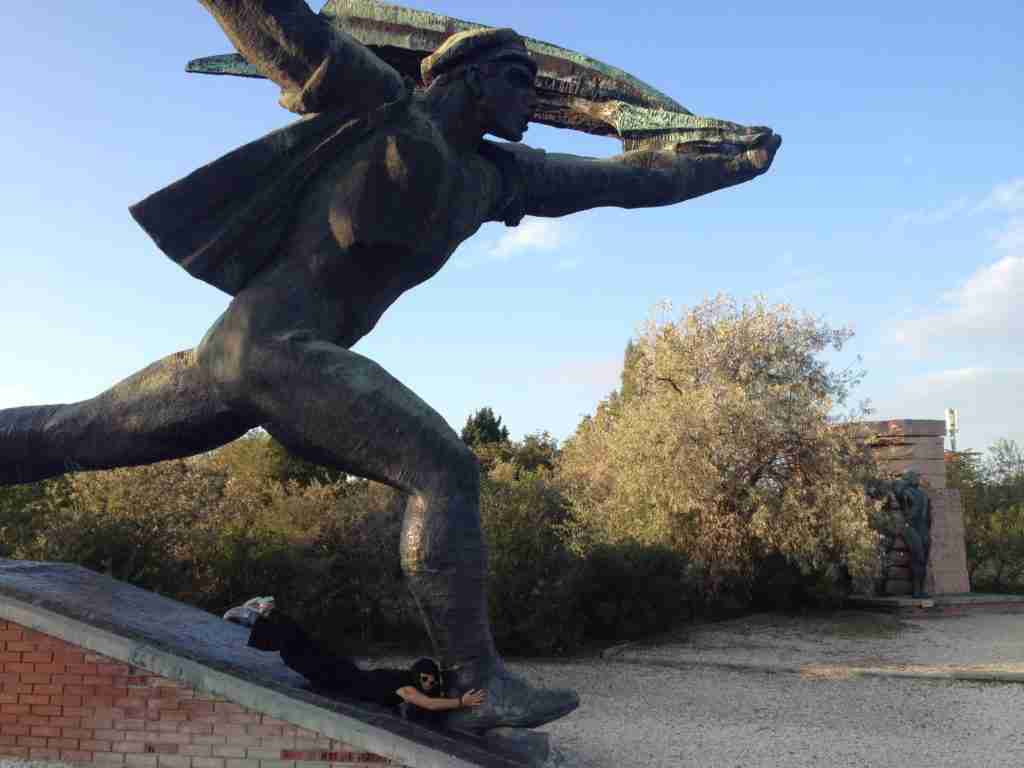 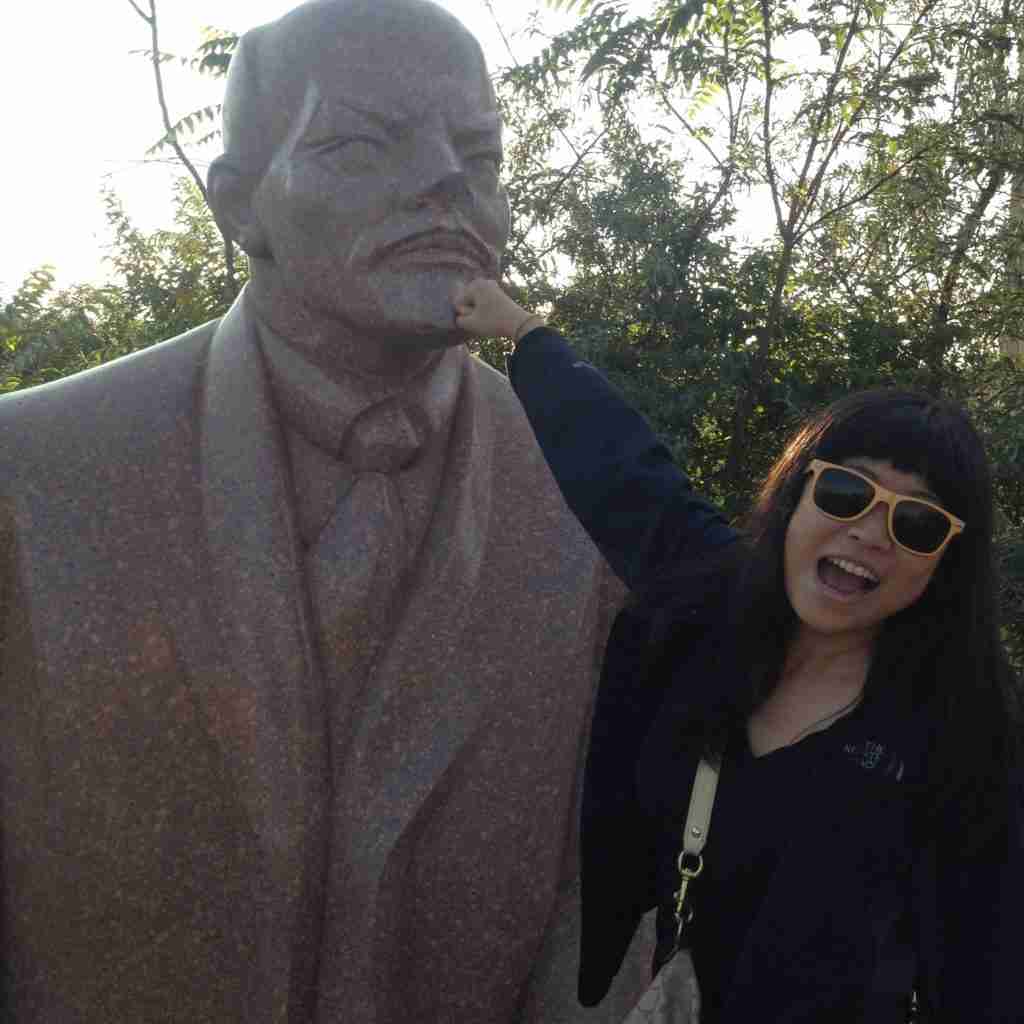 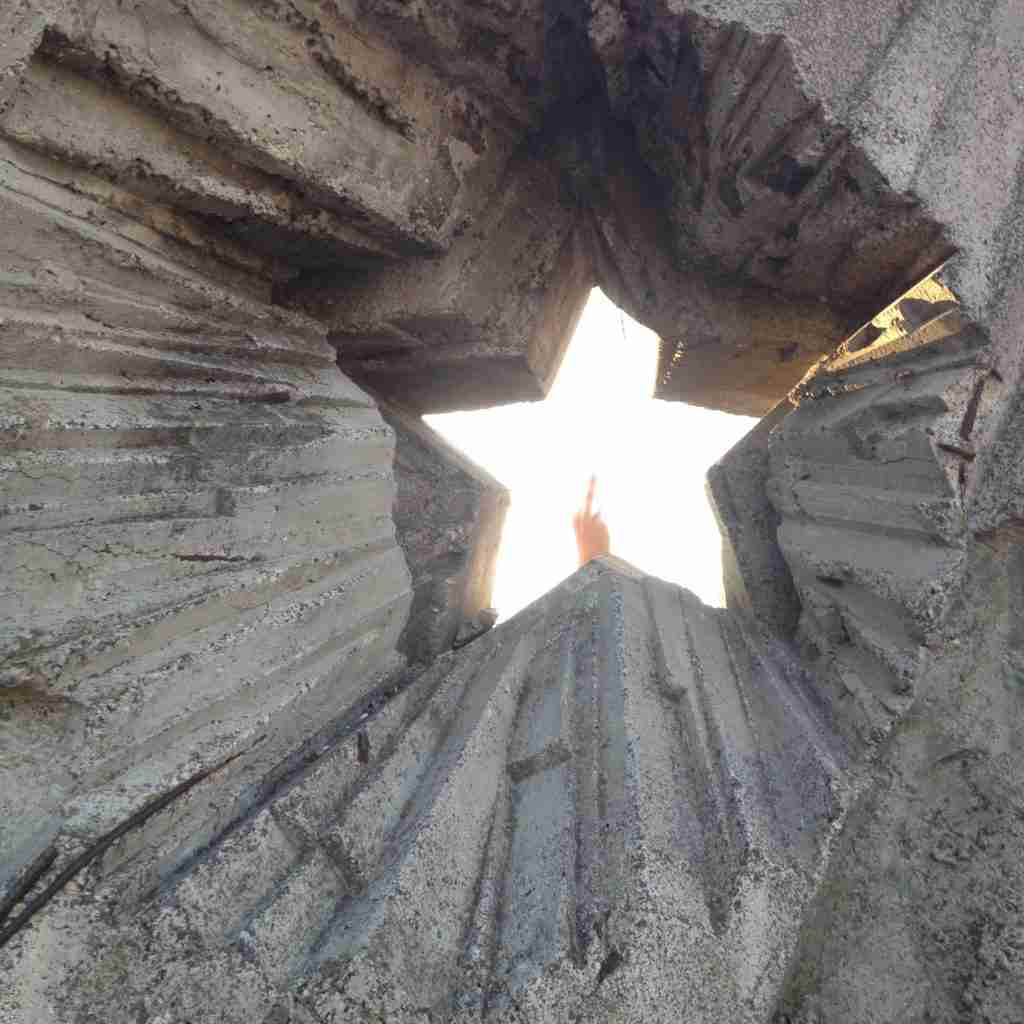 Now, don’t get me wrong. I talked a lot about Communism in this post, but the truth of it is I LOVED Budapest. The food is all based on paprika, which suits my Szechuan stomach just GREAT, the history and the architecture is wonderful, and the spas.

Oh my God the spas.

Budapest boast some of the biggest and most opulent spas in the world!

This is because gurgling beneath the city are more than 1000 hot springs. Which is why it was nicknamed “City of Spas” for having the most thermal springs of any capital city in the world (80% of the city)! And judging by our obsession with finding spas in England, Germany, you’ll see why we immediately liked it. As much as I enjoyed soaking in a roof top thermal spring in Bath, England, the Hungarian spas are WAY better. And at only 30% of the cost!

Why do we say that? Because of all the places we’ve been to in the world, nothing comes close to the size and grandeur of Budapest spas.

Like Széchenyi. It’s got 15 indoor pools and 3 grandiose outdoor pools! 15! 3! Grandiose! And is more opulent than the last!

They even have a whirlpool, where you can lazily drift along with the current, gleefully smacking into unsuspecting Hungarians as you go.

But my favourite part was the steam rising off the hot water, reminding me of the mysterious lake in Phantom of the Opera.

GAH! So much opulence!

The cost? An affordable $20/person.

I couldn’t believe that you could get into a spa like this for $20CAD/person. Back in Toronto, the entrance fee to get into a fancy-pants spa like this would be at least $80CAD, if not more.

Needless to say, we spent a good part of our time in Budapest soaking ourselves and going to every single pool until our skin turned 100% prune.

Here’s how much we spent in Budapest:

Hungary ended up being more expensive than Prague and Vienna, but that’s only because we went to the spa multiple times, went to paid attractions (with a name like “House of Terror” how could we not?) and ate out more often (The Great Market Hall had a TON of good food, but the stalls sometimes try to trick you to paying more by adding ingredients without telling you they cost extra. GRRR. *shakes fist*) For the regular traveler who doesn’t pig out as much or have an obsession with spas, they could easily visit Hungary on only $100-$120/couple/day. There’s also some nice free attractions, like the hiking the Gellért Hill or strolling alongside the sparkling Danube river. We only stayed there for 3 nights, but it was definitely one of the more memorable places we visited in Europe. 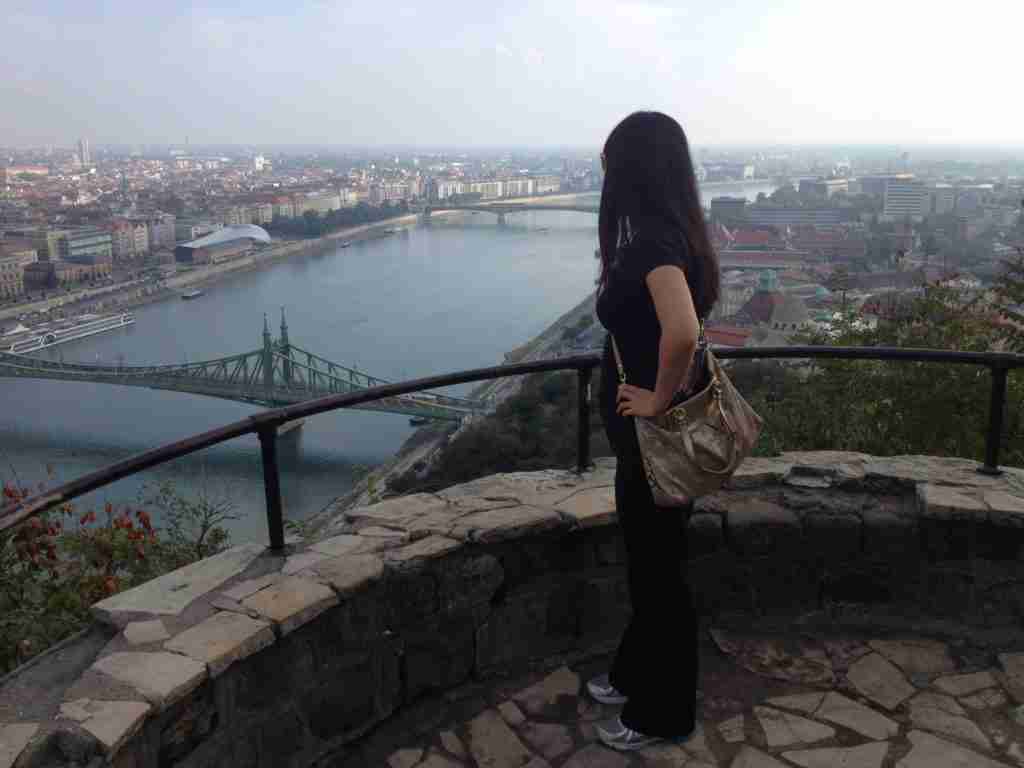