You know how in North America “getting wasted” is having your mortified friends drag you home after passing out in a pub? Well, in Dublin, Ireland, they think that’s just adorable.

In Dublin, pub crawls aren’t so much pub crawls as “if you aren’t flat-lining from alcohol poisoning in a hospital bed, you aren’t really drinking” crawls. Drinking is Ireland’s national sport.

Apparently, drunken antics are such a problem there that when we tried to buy a case of Guinness, the store owner shook her head.

When I asked our AirBnB host about this, he told us they’re banned from selling alcohol after 10pm because “they think we’re animals.”

And the next day, while waiting for our walking tour to start, this proved to be true.

While standing in the parking lot next to City Hall, we noticed two giant signs. One had a drunken stickman holding up a traffic cone and yelling into it like a megaphone. The other had two stickmen punching each other while holding pints of beer.

Both signs had giant Xs over them.

The tour guide, Lisa, noticed us staring. “That’s what happens when you have too much craic .” (pronounced “crack“)

And that’s when we learned the best Irish word of all: “Craic”. Which is Irish slang for “fun”. And ho-boy, do they take their “craic” seriously in Ireland.

“As your ‘craic-dealer’”, Lisa said, “I’m here to make sure you have as much fun as possible. Because if you aren’t, I’ll know that you’re ‘anti-craic’, and that’s a huge no no in Dublin.” 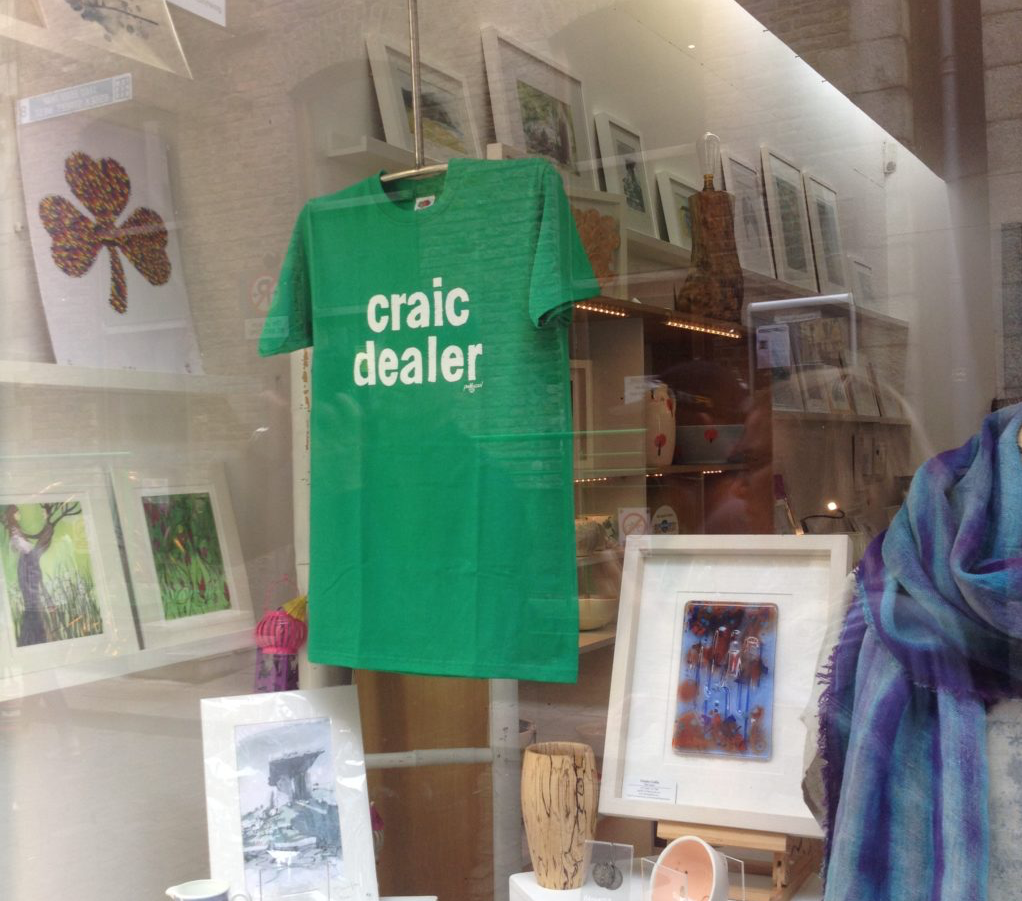 Clearly, no one wanted to be “anti-craic”, so we all laughed and had a good time as she regaled us with stories about how the Vikings once tried to invade Ireland, but upon arrival, took one look at the gray skies and frozen ground, dubbed it “The Land of Eternal Winter”, left and never came back again.

So apparently Ireland’s shitty weather is their greatest defense against invasions? SWEET! I guess this is also why no one bothers to invade Canada? Hooray for our frozen wastelands!

But my favourite part of her tour was when she took us to “the Clarence hotel”. Apparently, before U2 became famous, Bono had been kicked out of there for looking too “disheveled”. Bono vowed that one day, when he becomes rich and famous, he’d come back to buy the hotel. And even though all he got in response was derisive laugher, a few years later he did just that.

“Well, not really,” Lisa said, rolling her eyes. “I’m not really suppose to say this, but we don’t really like Bono.”

“What? Isn’t he one of your biggest stars?”

“Okay, let’s put it this way. What’s the difference between God and Bono?”

The next day, we took a day trip to Howth, a seaside city just 1 hour away. Right away, we knew our next guide, Carl, and us would hit it off when he referred to our meeting point, the Spire of Dublin, as the “Stiffy by the Liffey”.

In addition to the gorgeous cliffside scenery, Carl also introduced us to Ireland’s second national sport…complaining about the Brits. 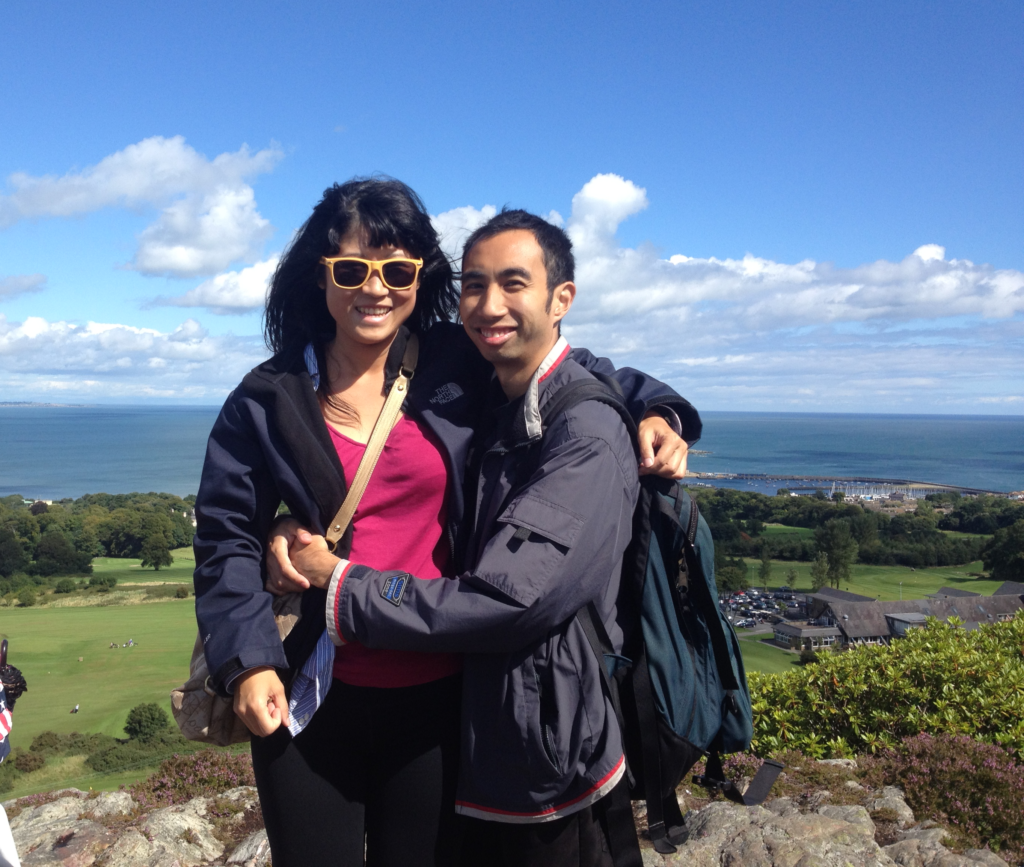 Funnily enough, before we went to Ireland, we were in Boston and Scotland, both having been screwed over by the British.

And Ireland was no exception.

So we spent a lot of our time with Carl, talking about our “Fuck Britain” tour, which started with Boston and the Tea Party protests, moved on to Scotland with the Massacre of Glencoe, and finally finished in Ireland, with the Easter Rising.

“I think this is why most of our stories have such depressing endings. The British beat all the optimism out of us.” Carl said. “And of course, their reaction to all our misery was “WHAT? You’re not happy? BUT we GAVE you TEA!!!” 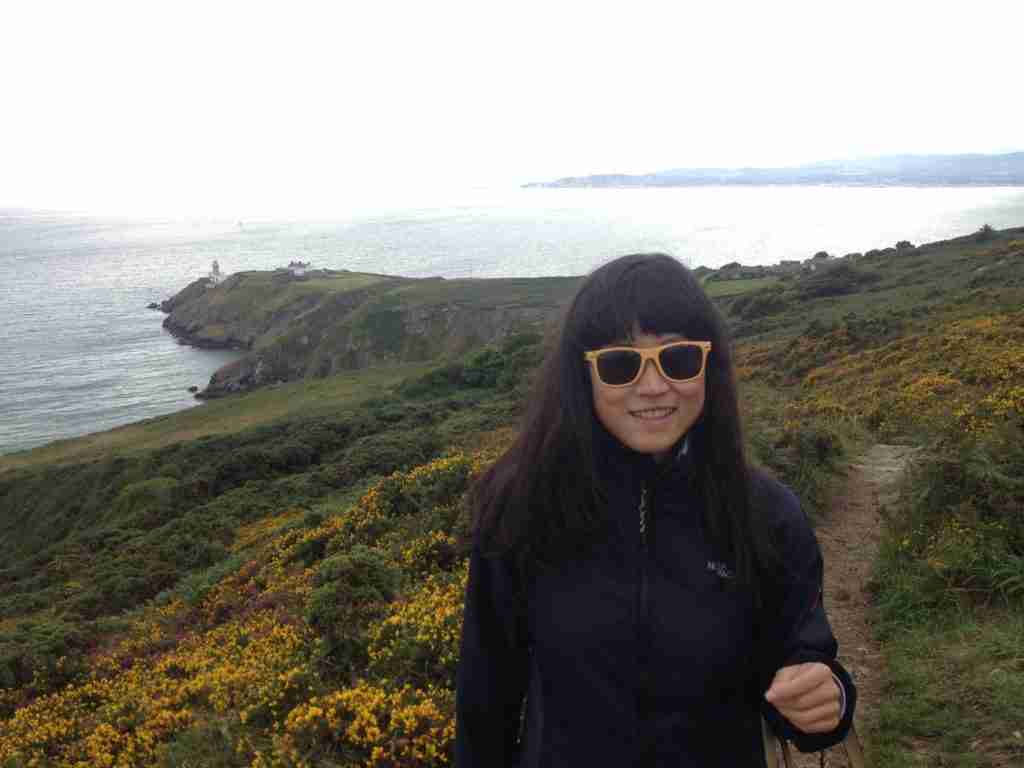 I loved Ireland but hated the weather. Even though it was late August, it was raining non-stop and I got sick because I was dumb enough to wear sandals. HA! Sandals? In Aug? What the HELL was I thinking?

Next post in the series: Denmark, the Happiest Place On Earth?