Before coming to South East Asia, the last time I spent $50 CAD/night for a hotel room was in Niagara Falls. The 2-star hotel we stayed in boasted such impressive amenities as a clogged toilet, a broken window, broken heaters, stained carpets, and something that looked suspiciously like a dead body floating facedown in the outdoor pool. It even included a complimentary wake up call at 3am with some dude screaming profanities as he was handcuffed and dragged off by the cops.

So you can see what my thoughts were when I booked a $50 CAD/night hotel room in Kuala Lumpur, Malaysia.

Turns out I was wrong. Malaysia was about to destroy what constituted as a good deal in my mind forever.

Because this is what $50/night got us in Malaysia:

And then later, I realized how extravagant my $50/night price point was when I found this condo for $29/night:

And since this was South East Asia, you couldn’t swing a purse without hitting a food stall. And so we ate.

The only thing that wasn’t cheap was alcohol. Since Malaysia is a Muslim country, the government adds taxes to alcohol, jacking up the price. The only place you could get tax-free alcohol is on Langkawi island, which we immediately added to our itinerary.

But since we already had overpriced, highly-taxed booze in Canada, we barely noticed.

While we were in Europe, I constantly flexed my deal-hunting muscle and fiddled with our budget to make sure we were on track. But in South East Asia, that muscle completely atrophied. Even though I felt like I was spraying money everywhere, every time I checked my spreadsheet, the numbers barely moved.

With the CAD dollar trading at 3 to 1 Malaysia ringgits, we were seriously contemplating staying here forever. Good thing there were enough things to do to keep us busy.

The Batu Caves in Kuala Lumpur: 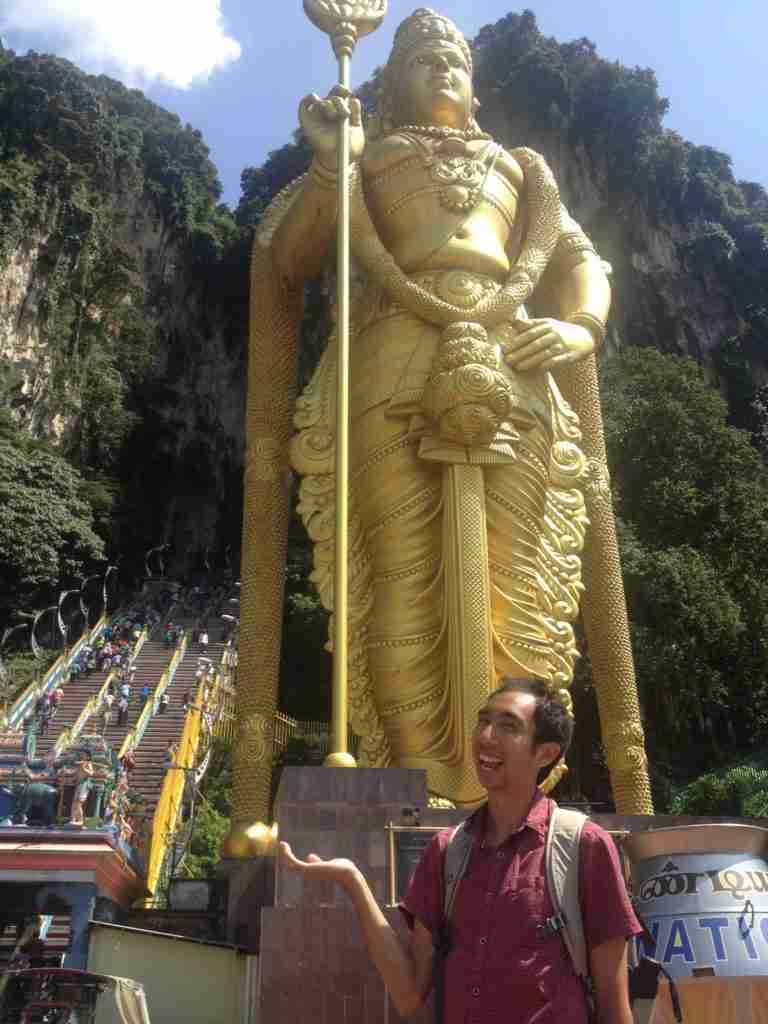 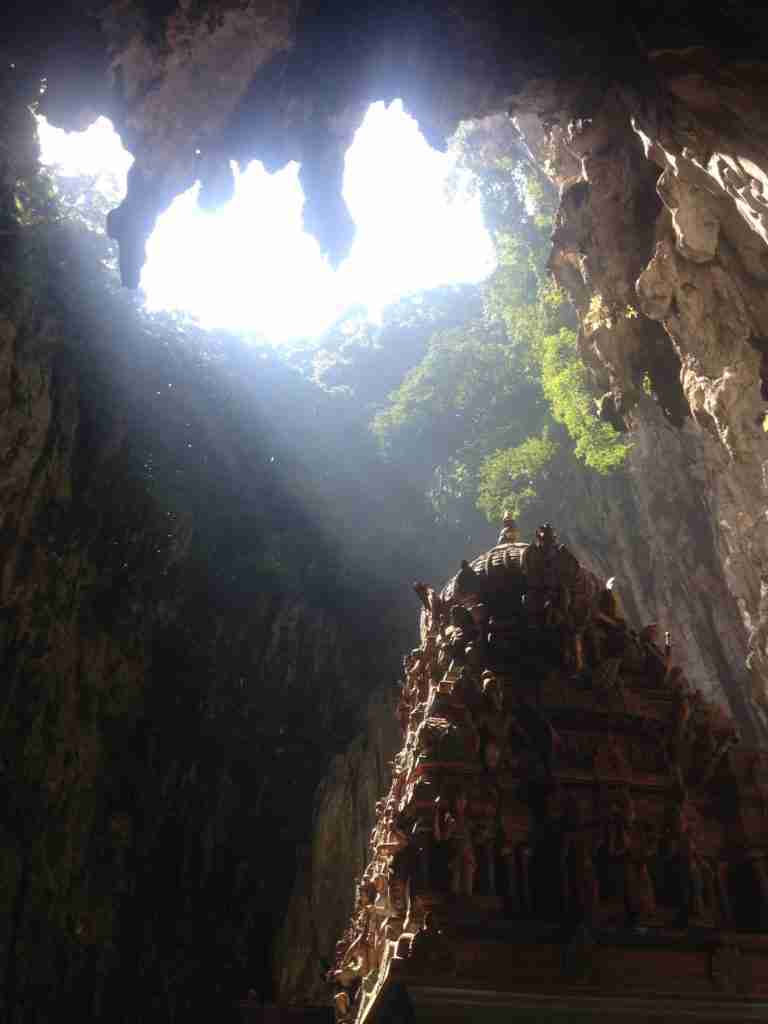 This attraction was completely FREE! Except for this one area called “the Dark Caves”, which is basically a deep dark cave filled with spiders.

Wanderer’s reaction to this was: “GAH! Spiders!” *runs away*

Clearly we know where our priorities lie. 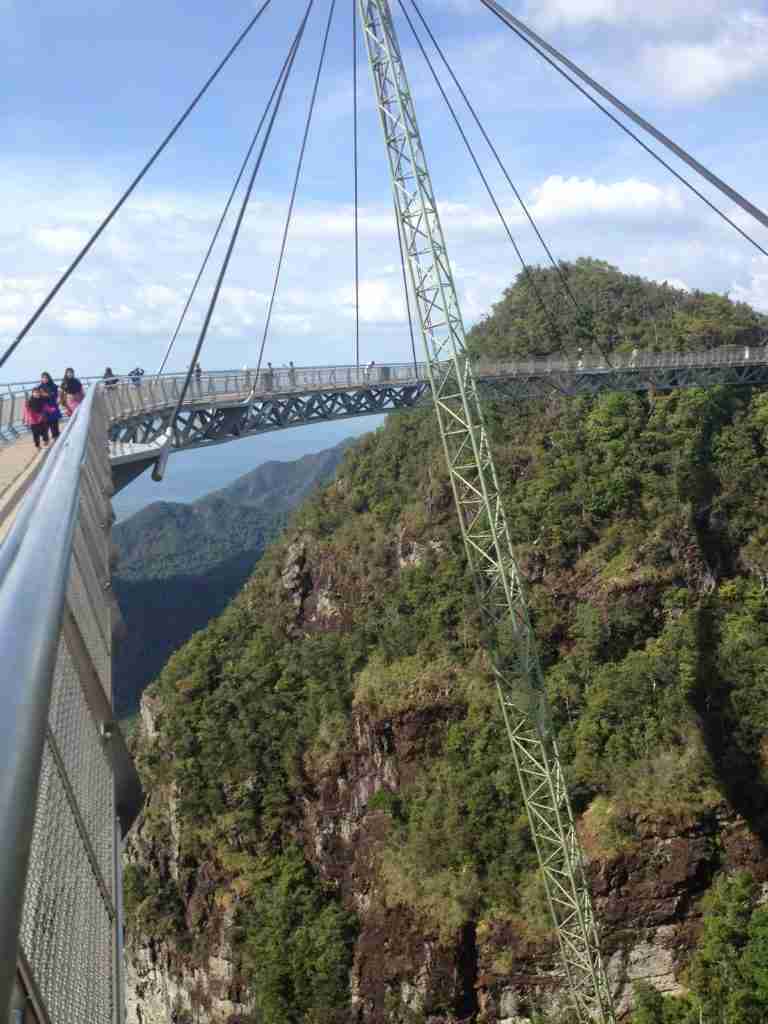 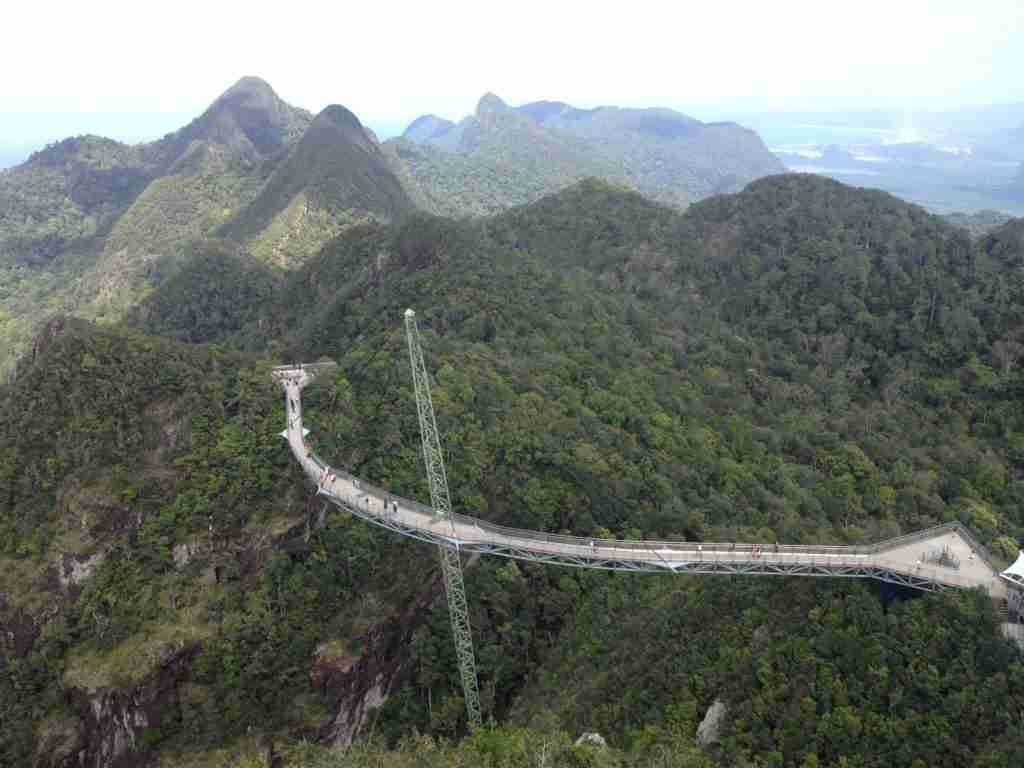 If you’re not a fan of heights, this bridge will likely scare the crap out of you, as they have little windows every few steps to see where you would land if you fell and plunged to your death. But if you’re brave, the view is breathtaking.

The Seven Wells waterfall in Langkawi: 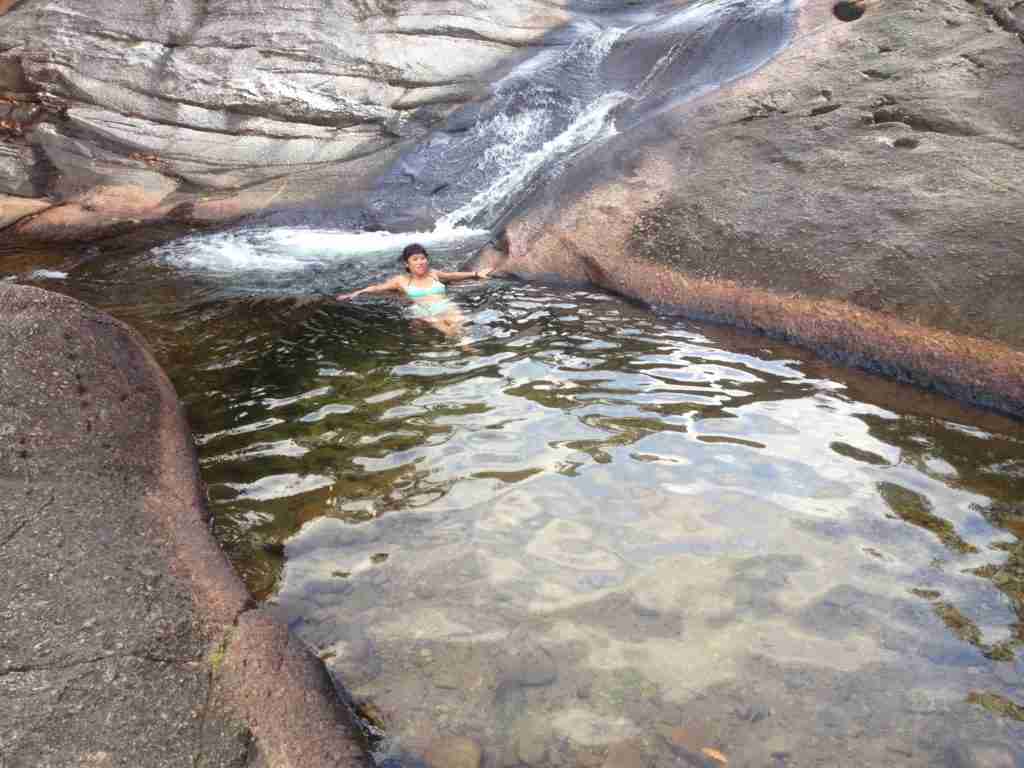 As much as we loved swimming in the ocean, nothing beats jumping into a waterfall after a long day of hiking. This one perfectly formed seven little pools of fresh water, appropriately named “the Seven Wells”.

The Pregnant Maiden Lake in Langkawi:

This lake gets its weird name from the mountain surrounding it, which, if you squinted hard enough supposedly looks like a pregnant lady. Apparently, legend has it that the water will help you get pregnant. Um, I can only think of one thing that will get you pregnant. So instead of jumping in the water, I sat on the deck with my eyes, mouth, and one other thing very VERY tightly closed. 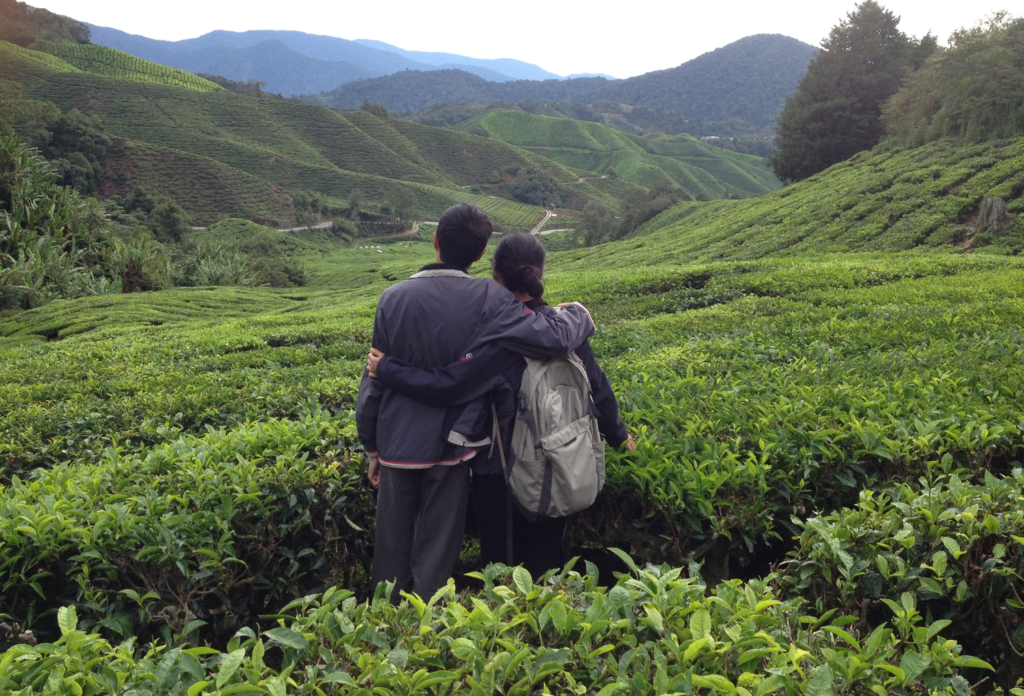 Visiting the tea plantations in the Cameron Highlands made us realize just how much effort goes into making a good cup of tea. Apparently it takes a whole army of people to collect, process, dry, and package these damned things. Yeesh.

From big, shiny metropolitan cities like Kuala Lumpur (the “Toronto of Malaysia” as I like to call it, but without the crazy price tag), to Penang (a foodie paradise), to Langkawi (tropical paradise with tax-free alcohol), to the Cameron Highlands (misty, green, and lush), Malaysia is a wonderful mix of different climates, cultures (Malay, Indian, and Chinese) and delicious food.

As soon as I set foot in Kuala Lumpur, my wallet became the fattest it’s ever been. And despite it being hot as hell, we barely noticed since we spent most of our time lounging in 4-star hotel pools with 2-star price tags and hanging out at the beach.

Here’s a breakdown of our spending:

Because everything was so cheap, our costs quickly dropped to only $73 per day. At this point, we realized that we could live like ROYALTY in South East Asia for only $2200 per month or $26,000 per year. At a safe withdrawal rate of only 2.6%, this would actually be below our dividend yield! So somehow, just by travelling around South East Asia, we could MAKE money by beach hopping and stuffing our faces all day?

The original plan of moving back to Canada after our 1 victory lap around the world was looking less and less appealing at this point. In South East Asia, we’d get sun all year round and a 4 star lifestyle. What’s not to love?

And now that we’re travel hacking experts, we could easily pay for the flights back and forth to visit family without spending extra money.

No wonder so many startups are bootstrapped overseas. It made perfect sense. This is what people mean when they say travel isn’t expensive. We’ve just been trained to believe that only Europe and North America are places worth travelling to. But instead, here’s this entire paradise where we could live a much higher quality of life for only 30% of the cost back home.

And with that in mind, I couldn’t wait for our next destination. The land of a thousand smiles.  The country with the most visited city in the whole world.  I had no idea I would fall head over heels for this place and I was about to find out.