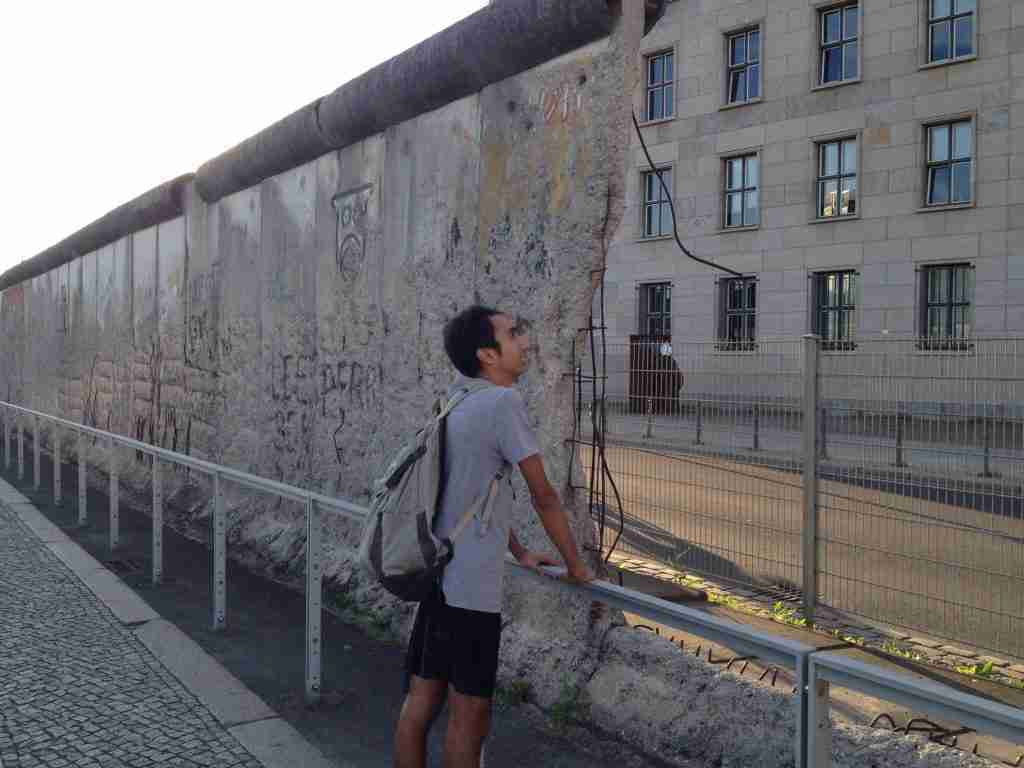 Most people, myself included, don’t remember exactly how the Berlin Wall came down. We attribute it to some sort of heroic uprising, or maybe with the inevitable era of democracy that swept through the west, the Communists had no choice but to retreat. This is what I assumed before we went to Berlin. Turns out we were completely wrong.

As we found out through one of the most engaging walking tours ever, the real reason the Berlin Wall came down was actually due to..

The year was 1989. After 30 long years of the wall remaining standing, with no sign of coming down, the Communist government of East Germany decided to show their generosity by loosening travel restrictions across the wall—ever so slightly. Non-retired residents were now able to cross the border without a visa or some minor shit like that.

They decided to hold a press conference and put politician Gunter Schabowsk in charge of delivering this tiny bit of good news. Standing in front of the podium, in front of a group of journalists, Gunter proceeded to put the crowd into a boredom-induced coma by reading off the driest, most boring document ever, outlining the flea-sized changes.

One of the journalists, having nearly drifted off to sleep, suddenly perked up at the words “loosening travel restrictions” and having misinterpreted it as “dropping all travel restrictions,” immediately cornered Gunter and asked him “when will these changes be coming into effect?”

And Gunter, having barely read the press release, quickly flipped through his papers and in a sheer panic of trying to hide the fact that he didn’t have an answer, blurted out “effective immediately”.

The press took this opportunity to open the flood gates and report “all travel restrictions through the Berlin wall have been lifted. Effective Immediately.”

The guard at the wall, overwhelmed by the thousands of people that suddenly started demanding to be let through, called his superior officer no less than 60 times in a span of mere minutes. After receiving no orders on what to do, he decided against shooting everyone, threw up his hands and said “Screw it, I’m too old for this”. And then in an act worthy of winning the Nobel Peace Prize, proceeded to open the gates and let the crowd through.

Three million east Germans surged through the wall into the west in the following 3 days, David Hasselhoff sang a song, and the rest is history.

So there you have it, ladies and gents. The Berlin Wall came down, not because of some heroic uprising, but because of a colossal bureaucratic fuckup.

So that’s the story we heard on our free 3 hour walking tour of Berlin, delivered by one of the best guides of all time.

We came to Germany after leaving Bratislava, specifically to meet up with our buddy Justin from RootofGood.com, who was on a 9 week trip with his family at the time, but we had no idea how much awesomeness was packed into the city that would ultimately become our favourite in Germany.

Because even though Berlin had history, art, and the lively atmosphere of a major metropolitan city, what it didn’t have was:

a) massive crowds
b) metropolitan prices

And this time, the usual excuses for why a big city has big prices (“population density!” “high paying jobs!”) just pinged right off. For a city that size, we never once felt frustrated by massive tourism, bad traffic, or cringe-worthy prices. For a world-class metropolitan city, steeped in history, it seems to have bucked all the trends of bad prices and horrible crowds.

We were shocked to find this brand-new, 1 bedroom Condo within a 20 min subway ride to Brandenburg Gate, at the heart of the city for only $60CAD (or $48 USD) per night. Anywhere else in the world, a place like this in a major city would cost $100/night at least. 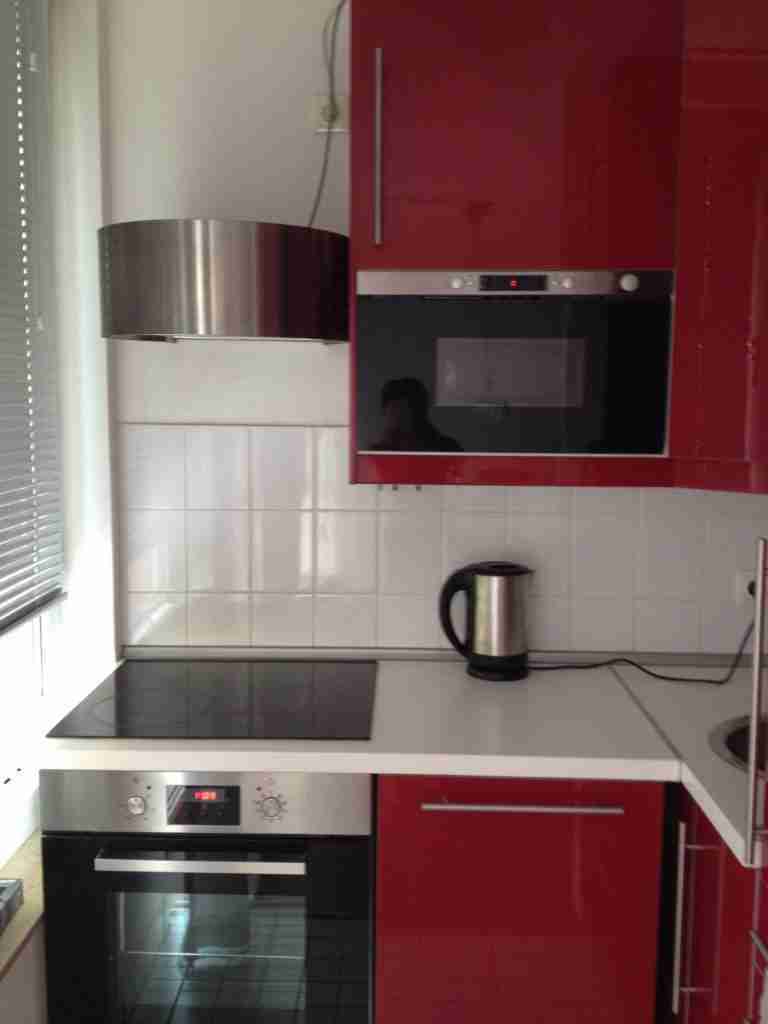 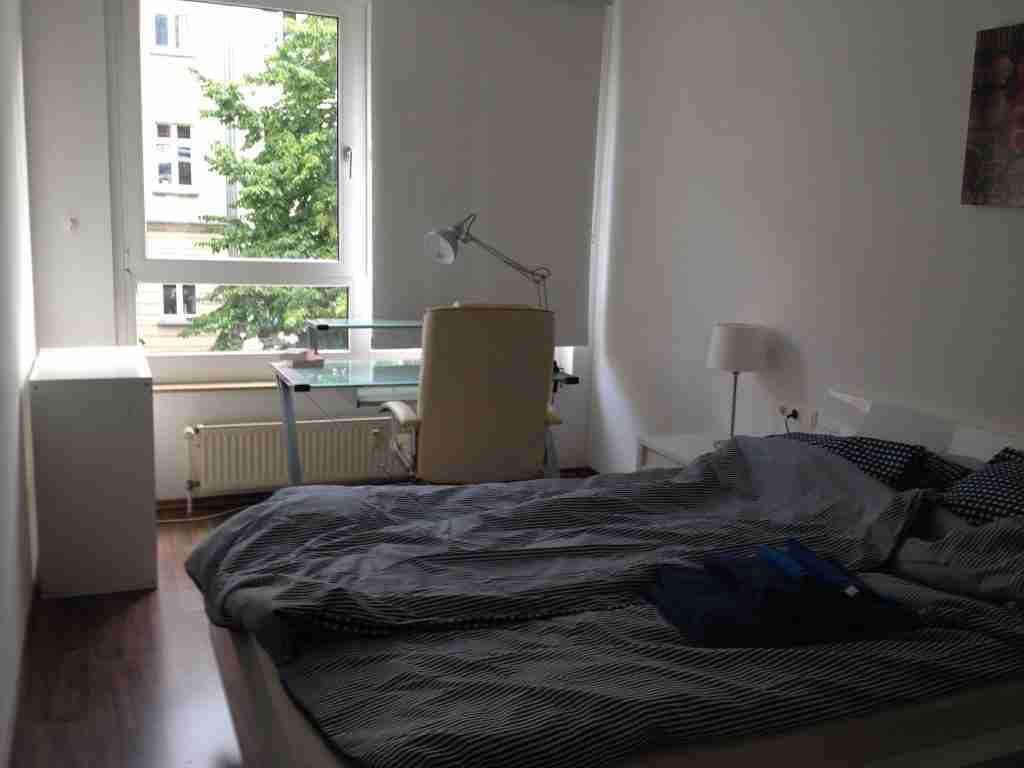 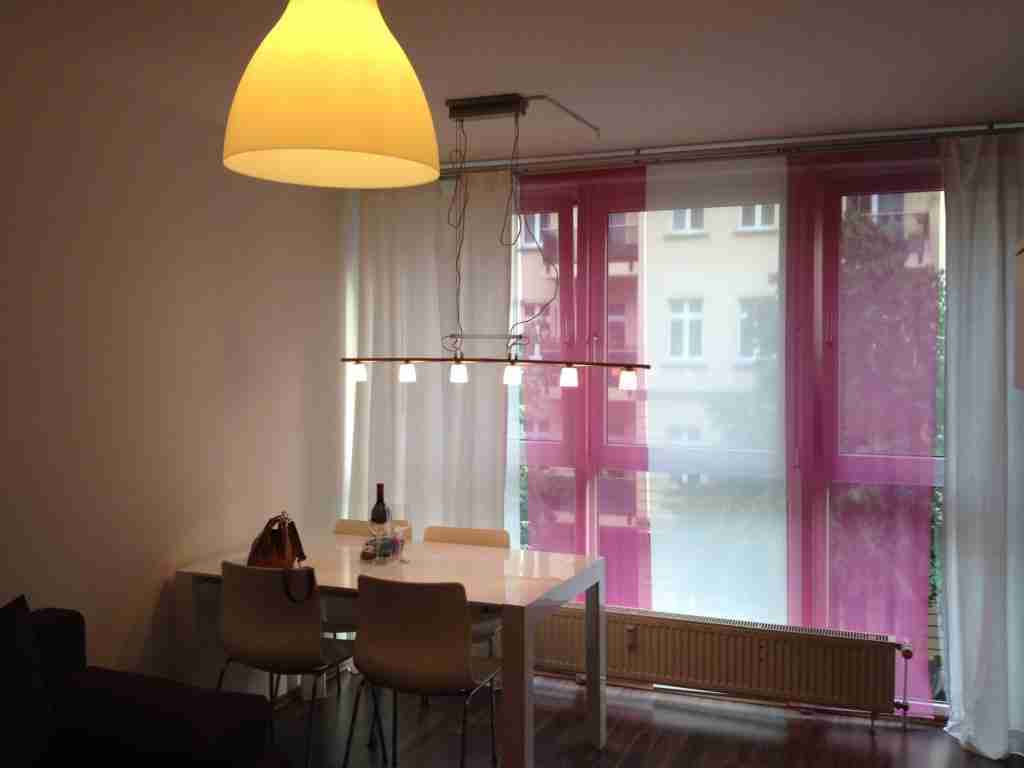 In addition to great value for accommodations, Berlin also had its fair share of free museums, Jewish memorials (they go out of their way to educate the next generation to keep places like Auschwitz from ever existing again), and historic monuments. And for the most hard core of museumophiles, there’s even an entire island filled with museums–aptly named “Museum Island”. 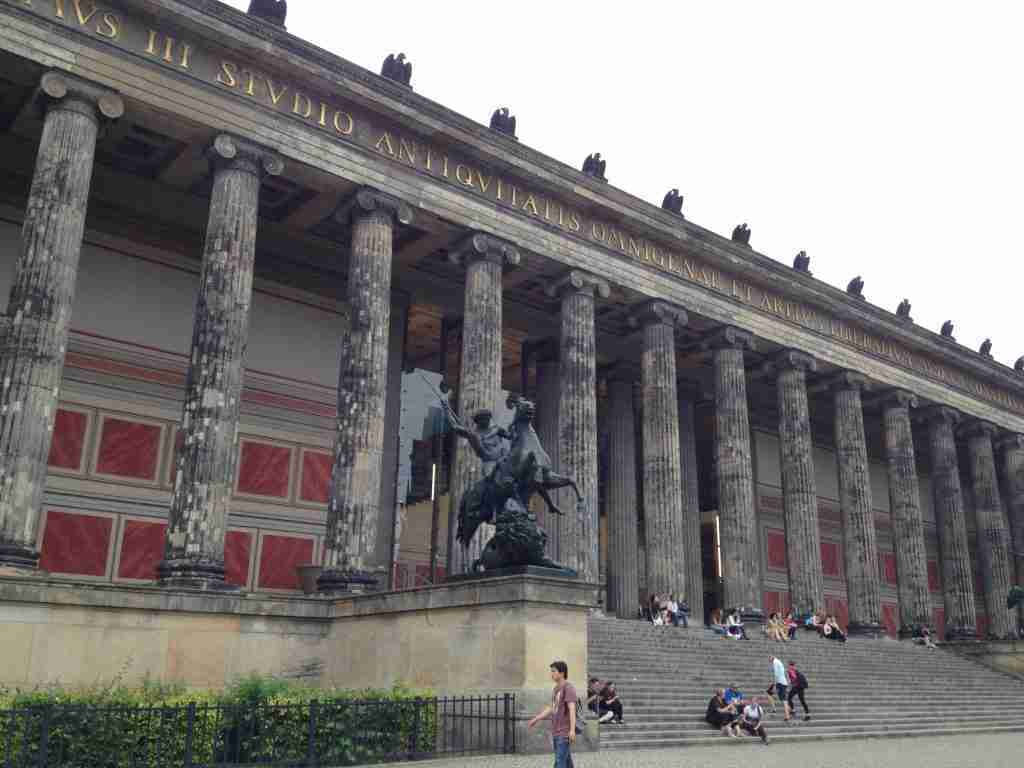 And thanks to Justin, whom we ended up meeting for dinner, we also found out there was a weekend Thai-style market in the park, where you can get authentic pad thai and papaya salad for only $5 Euros a dish! 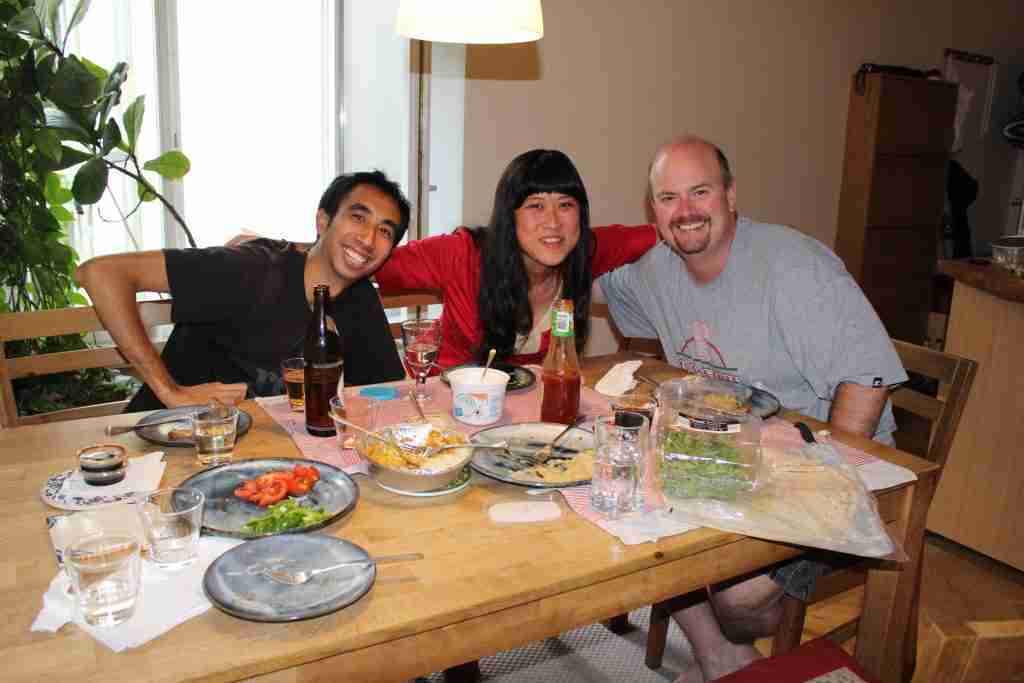 I can honestly say, this is the most authentic Thai night-market experience you’ll get outside of Thailand in the western hemisphere. 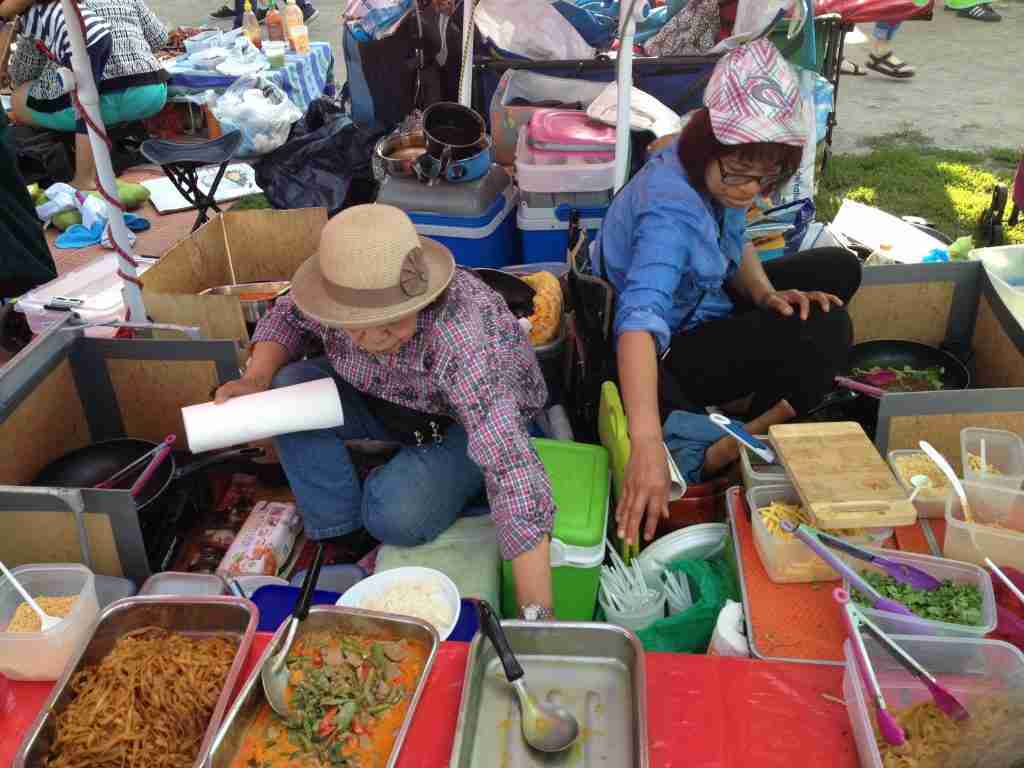 Our most haunting experience in Berlin is walking through the Jewish memorial, which was built as a tribute to the 6 million Jews who were killed during WW2:

As you walk through the uneven columns, you really get a sense the sheer volume and scale of the atrocities committed against the Jewish people. 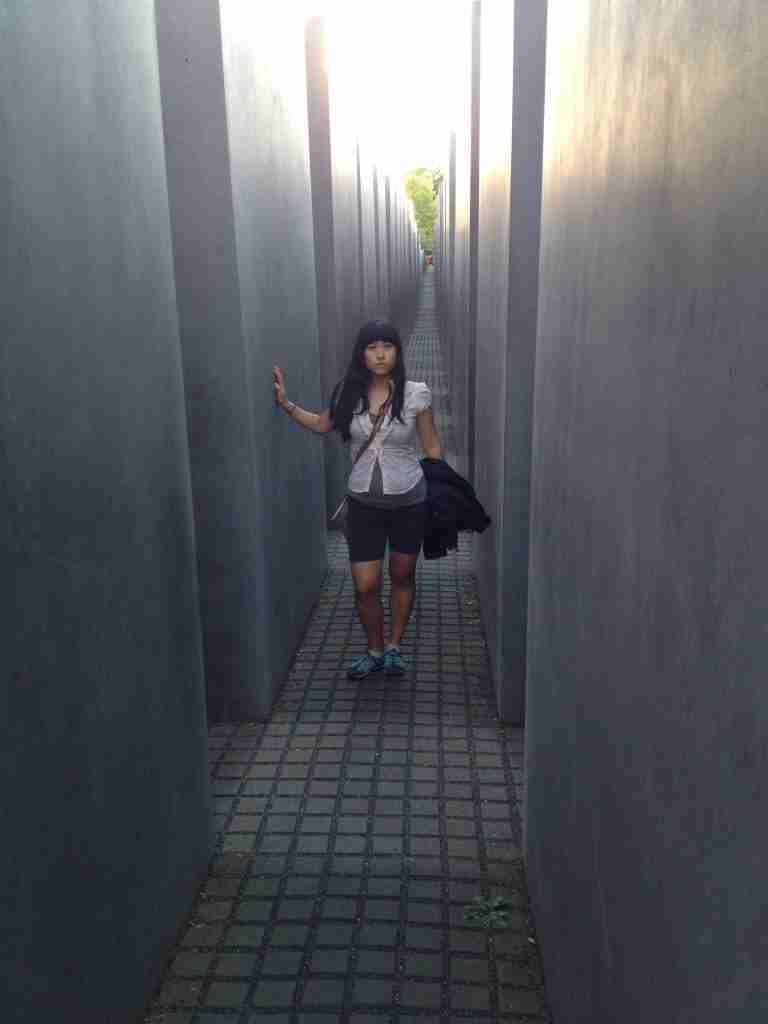 Which is why the bomb shelter where he committed suicide as the Allies closed in is now nothing but a paved over parking lot. To prevent Neo-Nazi’s from turning it into a shrine, the state has decided not to open it up to the public or mark it in any way out of respect for the victims of the holocaust. 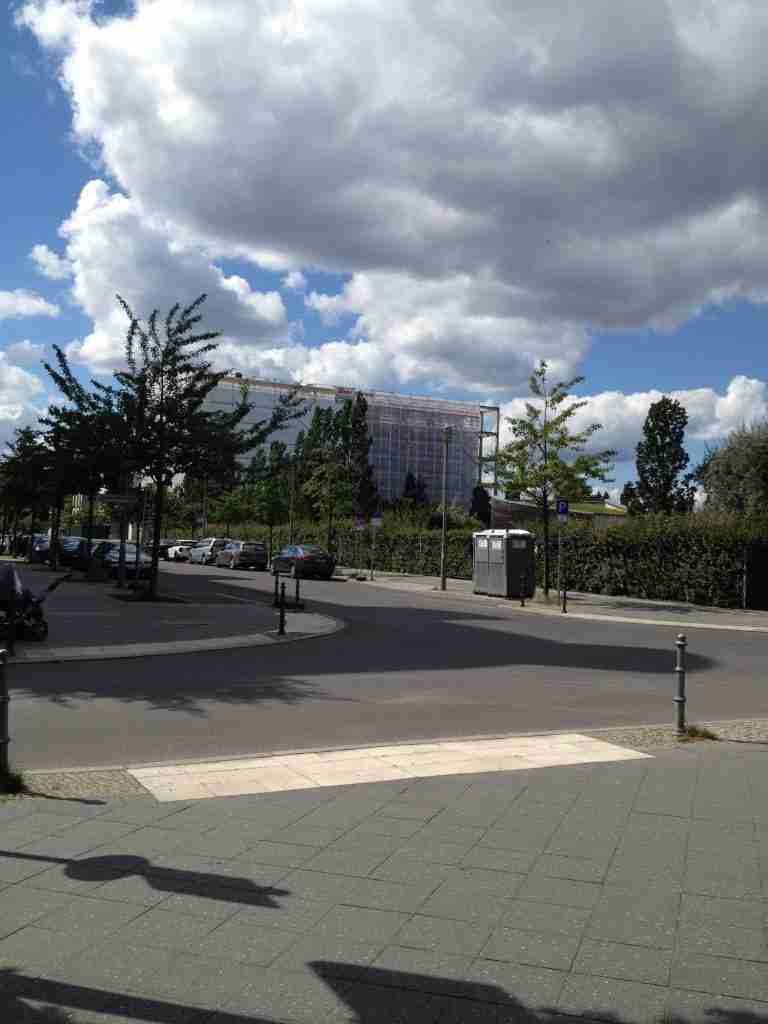 As we walked around the city, another thing that stuck out for us was the obvious bullet holes that you could spot in random buildings and monuments, showing just how much destruction happened during WW2, a constant reminder of the casualties of war. 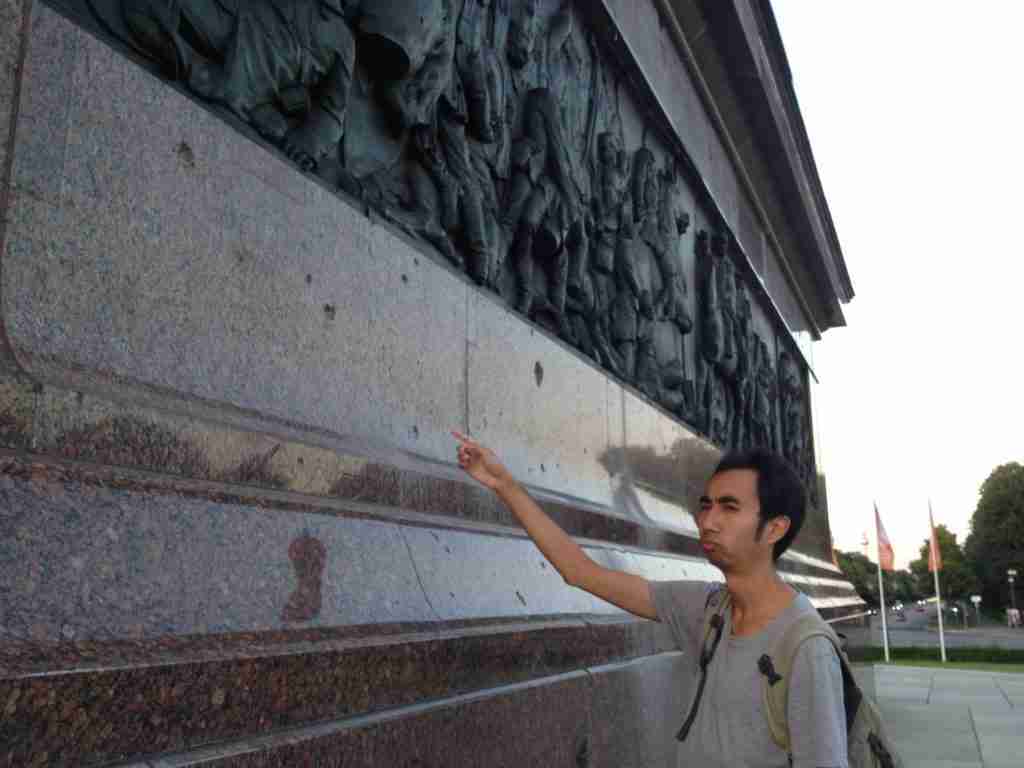 The city felt like living history and with its wonderful culture, transit system, and surprisingly lack of crowds, we really felt at home. Berlin is a city we’d love to come back to in the future.

Especially given how affordable it is. Check out how much we spent during our week there:

If you’re ever in Germany, Berlin is a MUST visit. Out of all the cities we visited–
Berlin, Munich, Cologne, Frankfurt, Stuttgart, and Düsseldorf—Berlin stands out as our favourite.

Have you ever been to Berlin? If so, what did you think of it?