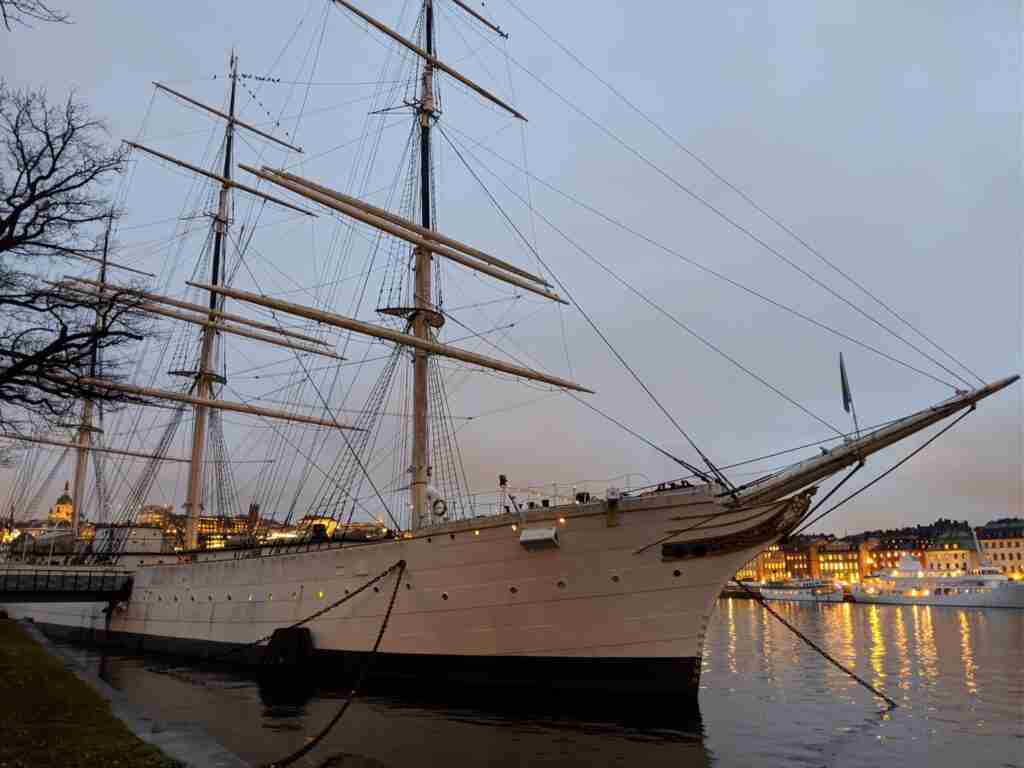 Note: this post was written before the pandemic. We’re still hunkered down in Canada, waiting for the borders to open so we can go back to our nomadic life. This post is written for everyone who, like us, can’t wait to explore the world again.

I’ve wanted to visit Stockholm ever since I read Stieg Larsson’s “The Girl with the Dragon Tattoo” back in 2011. One of the main characters is Lisbeth Salander, a tattooed genius computer hacker who is my favourite anti-heroine of all time. And not just because she can throw Molotov cocktails and (spoiler alert!) sodomize rapists. She also has a kick-ass haircut, cool piercings, and fabulous taste in shoes.

And then in 2019, when the horror-drama “Midsommar” which takes place in Sweden came out, it heightened my curiosity about this dark and mysterious place. For those who’ve never seen it, let’s just say it’s been described by movie critics as “the Worst Best movie of the year.”

Everyone else just calls it “f*cked up”. I have no idea what the Swedes think about it, but I might be one of the few North Americans who kind of liked it. It’s definitely messed up, but in a good way. It’s somehow simultaneously sad and terrifying, but also smart and complex at the same time. Kind of like if Marilyn Manson and Hermione had a baby and the baby looked like Gary Busey.

If you haven’t guessed it by now, I’m fascinated by dark, macabre things. One time, I dragged Wanderer to a place 2 hours outside Prague to see a medieval church made entirely of human bones and he was not happy about it. I believe the words “psychopath” and “weirdo” were thrown around. But hey, if you’re not curious about how a 16th century monk fashioned an elaborate chandelier out of human pelvises then you’re the weirdo.

Anyway, so when I suggested going to Stockholm, Wanderer had no complaints. After all, Sweden is the land of lingonberries, meatballs, and IKEA. What could possibly be dark about that?

For one thing, it gets dark incredibly early. Like 4pm early. We were there in November and it was almost pitch black by the time we finished lunch and walked around the waterfront. 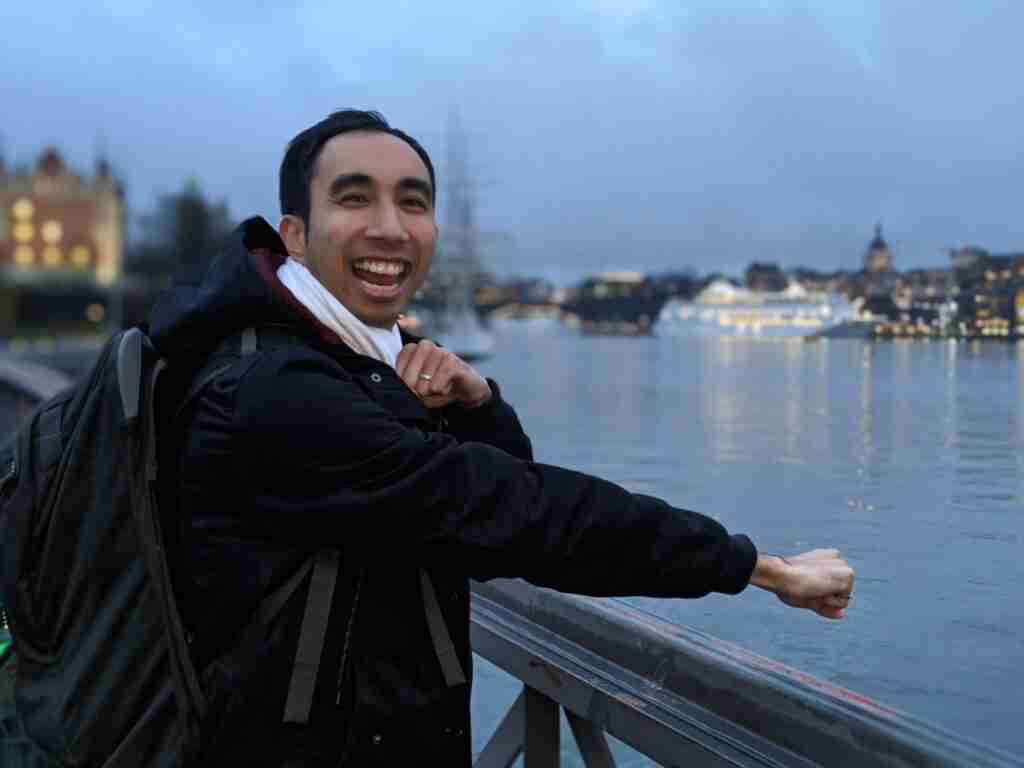 Apparently, it gets even worse as the winter drags on. In January, the sun rises at 8:47am and sets at 2:55pm! No wonder their writers are always coming up with dark twisted best-selling stories about vampires. They have the perfect atmosphere for it.

They also have a dark history with the other Scandinavian countries. Whenever we went on a walking tour in Denmark or Finland, the guides always seemed to hate on Sweden the same way Bostonian, Irish, and Scottish guides hated on Britain.

We finally found out why at the Swedish History Museum.

Most people lump the Scandinavian countries together as a bunch of lingonberry-eating particle-board-loving hippies, but in reality, Sweden and Denmark have been sworn enemies for centuries, even holding the heavy weight title of “most wars fought between them” in all of Europe! Not even seething rivals England and France can compete, with their 16 wars since the 15th century, while Sweden and Denmark have tried to obliterate each other with 30 wars in the same period.

One of these wars happened in 1658, when Sweden invaded Denmark and tried to burn Copenhagen to the ground. This was led by king Charles X Gustav, who declared the Danes jerks for daring to shoot back at them and killing a handful of their advancing soldiers.

This historic scene was forever memorialized in a painting which honours the brave Swedish invade—er solders—who twisted their ankles tripping over large piles of Danish bodies on their way to capture the Danish castle. How annoying.

But that’s all ancient history now. These days, all the Scandinavian countries get along swimmingly and have nothing to be mad about.

But despite the dark days, history, and stories, in terms of aesthetics, Stockholm is surprisingly bright and colourful. I was expecting grey and haunting gothic cathedrals, but buildings of vibrant orange, red, and green greeted us along the glistening Baltic sea. Hell, even the subways stations are filled with rainbows and butterflies: 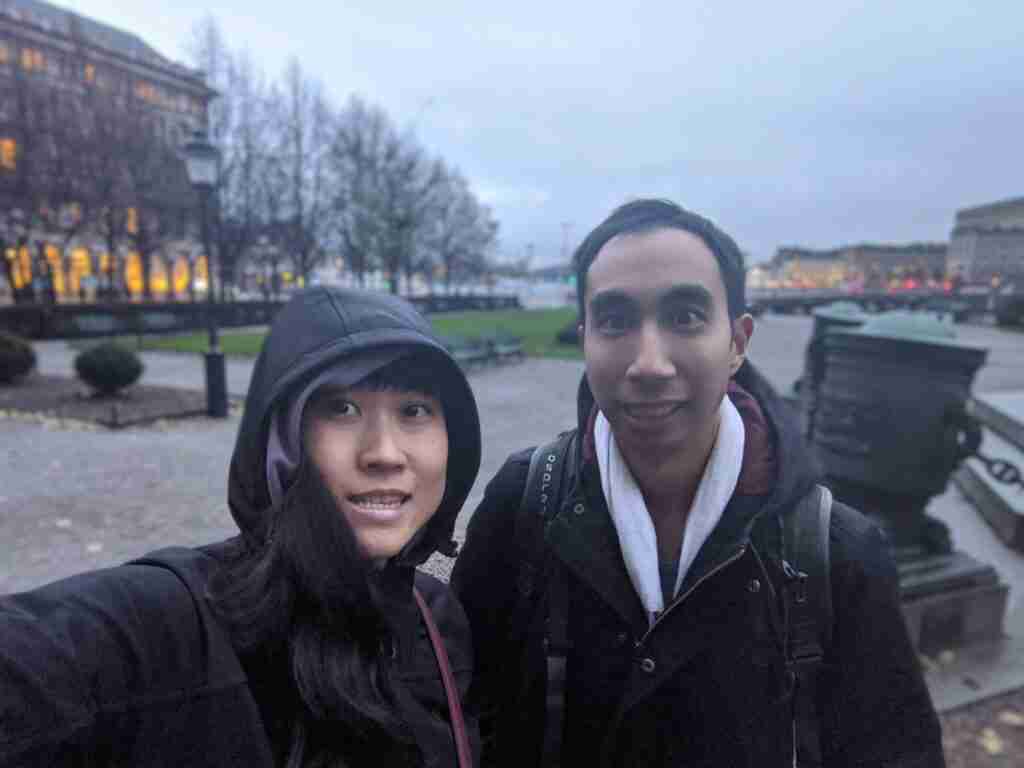 Oh, that’s another thing about the Swedes. They are insanely passionate about their trees. So passionate that one time when the city tried to cut down 13 Elm trees to make way for a subway line, 1000 Swedes showed up and encircled the trees, holding hands, to shop the advancing army of whirling chainsaws. Eventually the government gave in and this incident became known as “the Battle of the Elms.”

Their love of the environment and beautiful architecture was also apparent in their car-less pedestrian island called “Gamla Stan”.

Dating back to the 13th century, Gamla Stan (which means “Old Town” in Swedish) is one of the Europe’s most well-preserved medieval city centers. We loved wandering the cobbled stone streets and alley ways and exploring the warm and cozy coffees shops.

Is it crowded? Yes. Is it touristy? Yup. But it’s also free of noise pollution (and actual pollution) from traffic since it went car-free in 2015. 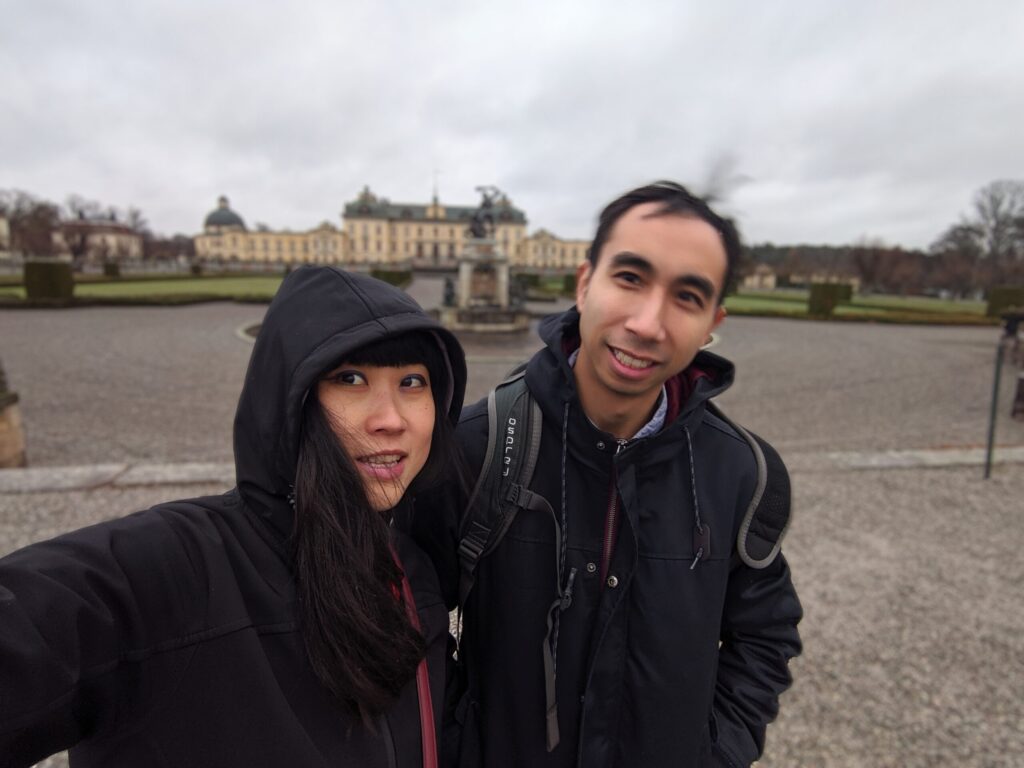 Like many of the palaces we’ve visited in Europe, this one was adorned with opulent chandeliers inside and surrounded by perfectly manicured gardens outside. 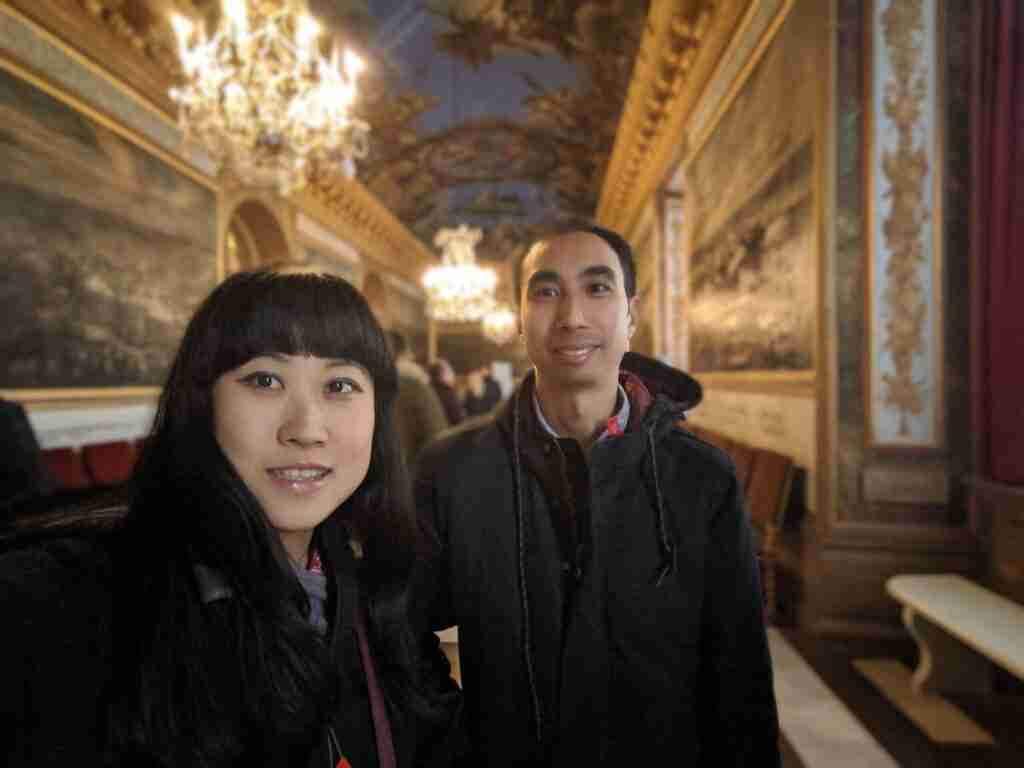 But what I liked the most about Drottningholm is its white and gold library, which was commissioned by Queen Louisa Ulrika, who spoke 5 languages, and stocked the place full of books about mathematics, history, science and architecture.

She was said to have “more knowledge, and insight into the sciences than a lady needs” and saw herself as intellectual equal amongst her brothers.

The Swedes, just like the Finns , know how to turn winter from a prison sentence into a relaxing amenity. It’s what I love the most about Scandinavia—the sauna culture.

That’s how I found myself plunging butt naked into a freezing cold lake screaming “IT HURTS SO GOOD!” (or “det gör ont så bra” in Swedish). My whole body felt like it was being stabbed by pins and needles and, in less than a minute, I stopped feeling my toes but I made up for it by roasting myself like a marshmallow inside the steamy hot sauna afterwards.

If you’re not into freezing your vag off, there’s an gorgeous 1920s style indoor pool inside the Centralbadet spa, where you can float around pretending you’re Daisy from the Great Gatsby:

And you can also get a coffee afterwards to warm up, in a tradition the Swedes like to call “Fika”

We fika-ed in a different café every day in Sweden and their decadent hot chocolate and coffees were to die for:

Their meatballs? Not so much:

I guess I’m a kind of a food snob now that I’ve eaten everything that isn’t nailed down all over Mexico, Europe and Asia. Or maybe I just don’t know enough about Swedish food. Swedish readers, feel free to school me on your cuisine.

So, for those of you curious about Stockholm, I say definitely go. It’s one of the most pristine and prettiest cities we’ve ever been in. And if you ever want to befriend a Swede, just tell them how much you think the Danes suck (and vice versa for Danes). Ta-da! Instant BFFs.

Here’s how much we spent:

For a summary of the yearly adjusted cost of all the places we’ve travelled to, check out Nomad Purse, created by my friend and fellow early retiree Mr. Nomad Numbers. You can also use this FREE handy tool to track your travel expenses and discover crowdsourced average costs for places around the world. (FYI, this is not an affiliate link. I’m friends with Mr.NN and I think Nomad Purse will help your budget while exploring the world. It’s also free so you have nothing to lose.)

Here’s the Airbnb we stayed in in Stockholm:

What do you think? Have you ever been to Stockholm? Did you eat any Swedish meatballs (or just “meatballs” as the locals call it)?