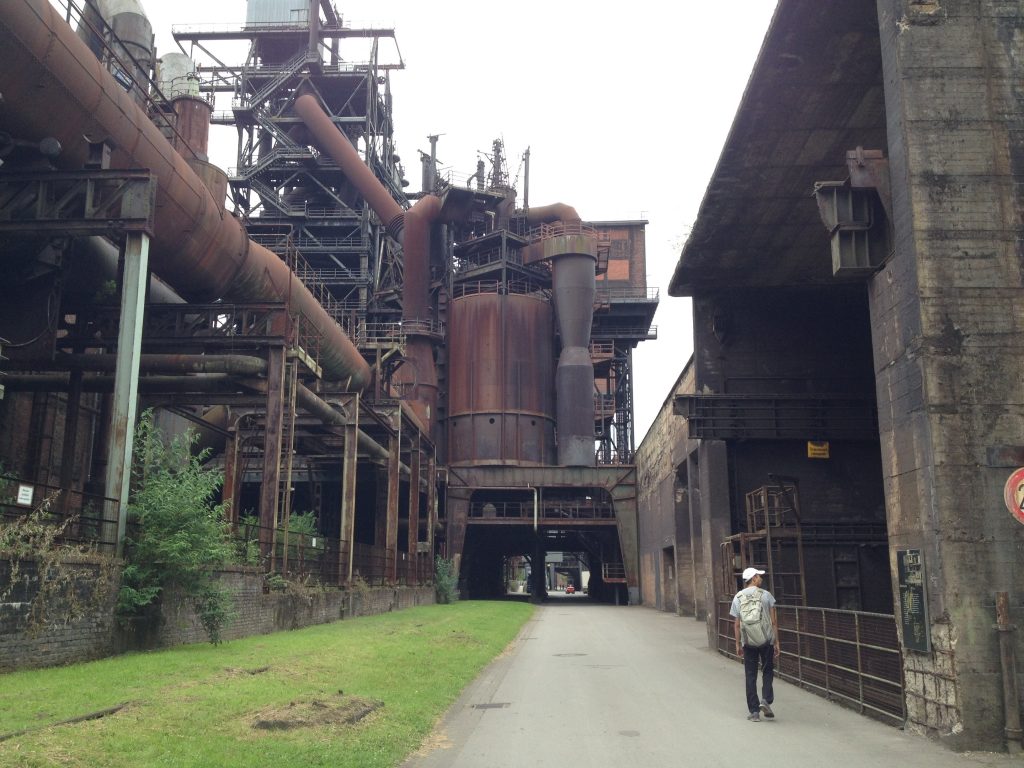 One of the best things you get to do as a nomad is discovering off the beaten path places that many travellers (and sometimes even locals) never get to.

After spending several months in Germany, we’d already explored well-trodden spots like Berlin, Munich, Hamburg, Cologne, Frankfurt, so we decided to do something different.

Since we were meeting our fellow Chautauquans for a family reunion in Amsterdam for a weekend, we decided to stay near the border and visit some of the lesser known places like Aachen, Mulheim, Duisburg.

Never heard of those places? Neither have we. Even our German Airbnb host, who’d lived in Germany his whole life, hadn’t stepped foot in any of those towns.

So we had no idea what to expect.

Would we be bored? Would we regret it? Would we pack it all up and scamper back to Berlin to avoid dying of boredom?

With 30 sulphurous hot springs, Aachen boasts some of the warmest thermal springs in all of Central Europe. They also have a pretty important historical claim to fame. King Charlemagne (aka “The Father of Europe”) built his palace here, dubbing this city “the Imperial City.”

It also happens to have one of the best universities for engineering and technology in Germany, which unexpectedly made Aachen have something that made it feel like home to me.

Having grown up in the Sichuan province of China, even though I’ve now spent the majority my life in Canada (24 years to be exact) and consider myself a proud Canadian, the part of my identity that I associate the most with being Chinese is my obsession with the food from my childhood.

Namely, food that’s spicy, savoury, and gives you a sharp kick in the mouth—much like my personality. Sichuan is known to produce spicy food and spicy women. I can personally attest to both of those statements.

And travelling around Europe, I don’t often get a taste of home. But randomly in the little-known city of Aachen, there’s a big immigrant Chinese community here, specifically from Sichuan, that’s settled in Germany to study at the university.

So you can imagine my delight when I discovered several Sichuanese restaurant here, one of which had some of the most authentic Sichuanese food I’ve tasted outside of China:

Plus, the second I walked in, I noticed the place is packed with Chinese expats–always a good sign. I even managed to find bubble tea! And as soon as I bought it, a Chinese German dude cornered me and asked me where he can buy it. Don’t get between a Chinese person and their bubble tea. You will regret it.

After we stuffed ourselves, we decided to check out “Carolus thermen”, a famous spa in the city that turned out to be one of the best spas I’ve ever been in my life.

Not only did it have an outdoor cascading thermal waterfall, the sauna area had so many different sauna rooms we weren’t bored even once the entire 3 hours we were there.

And my favourite feature of all?

A massive pool under a doomed ceiling with twinkling lights that seems like a regular pool but becomes magical once you float on your back. Because when you submerge your ears underwater, you’ll actually hear the sound of soothing music!

That’s right. Floating in a pool staring at a ceiling full of stars while listening to music from underwater speakers.

In addition to the magical floating pool, they also had Finnish sauna inside a cabin that’s built right above an outdoor thermal pool. So you’re literally walking straight out of the pool and into a sauna.

With all the exceptional spas and tastes of home, I thought I’d never want to leave.

But luckily Aachen is also just 45mins from the Netherlands border, so I had a perfect excuse to get out of the city and visit a whole other country.

I honestly picked this city only because I found a super good deal on Airbnb for a condo with a sauna (can you tell a lot of our travelling decisions are spa-based?). Turns out, not only was this city super convenient to get to (it’s right along the train line from Hannover), the condo was also attached to a mall which made it super easy to pick up groceries, grab a bite to eat, and get on the train to explore neighbouring cities like Duisburg and Essen.

We also really enjoyed going to the sauna, just a few floors up from our room, everyday while we were holed up, trying to finish the first draft of our book.

Let me tell you, when you’re writing non-stop, having your very own sauna in your own home to relieve the tension in your wrists is a Godsend.

This off-the-beaten city also had a pretty little canal, perfect for writerly walks to brainstorm ideas and work out the kinks in your shoulders from sitting and typing all day. 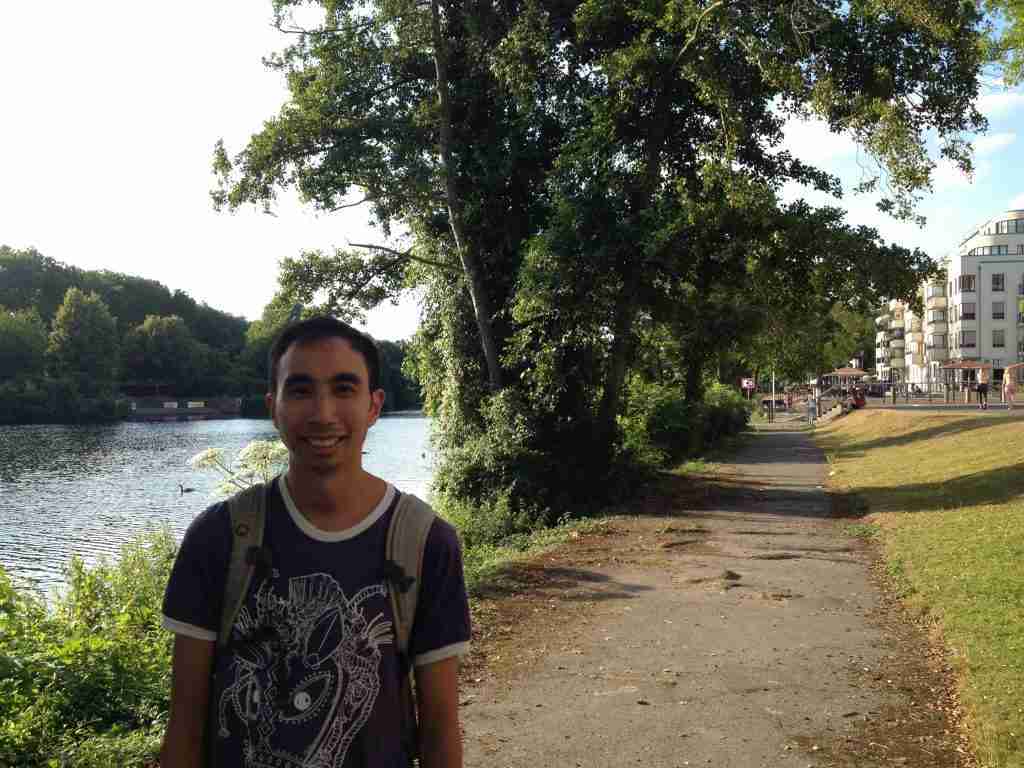 We also discovered this fun little park nearby with a rose garden and some water sculptures. 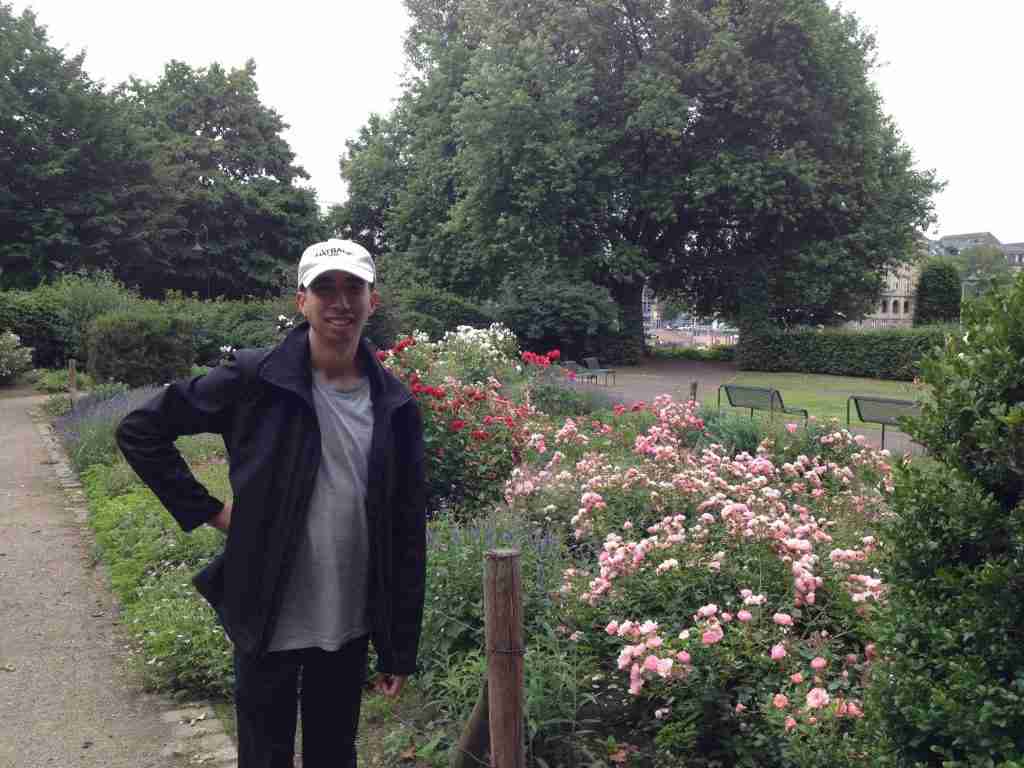 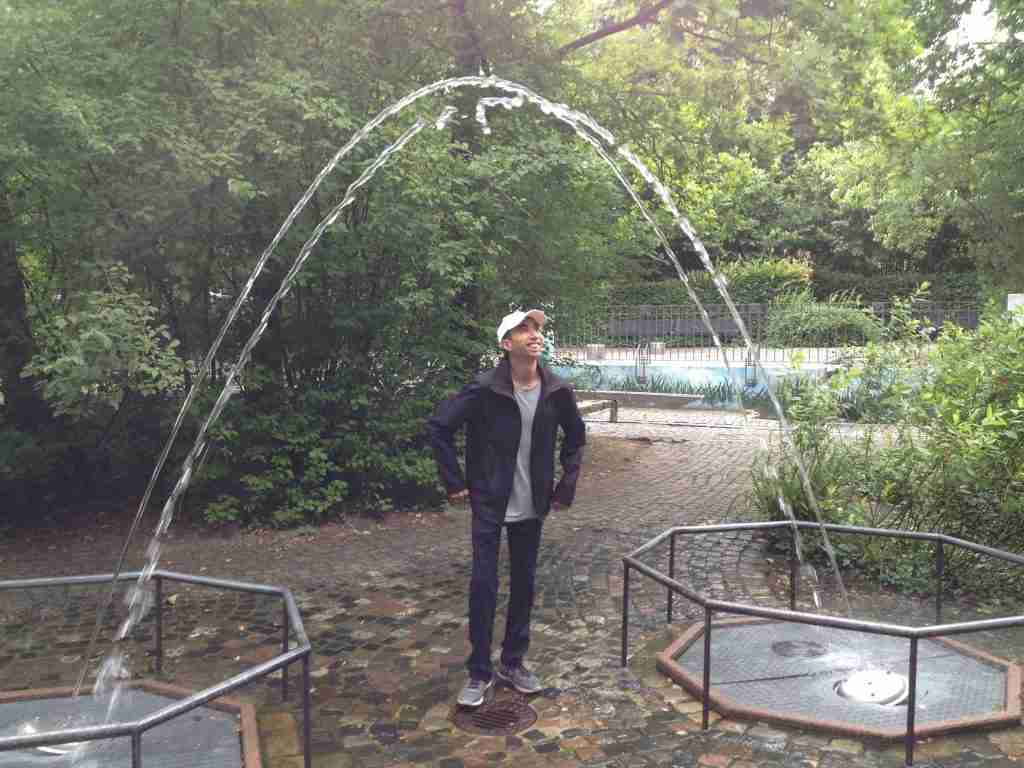 After the fun bouldering experience our friends in Hannover took us too, I was happy to discover this abandoned industrial park that’s been repurposed as a climbing gym: 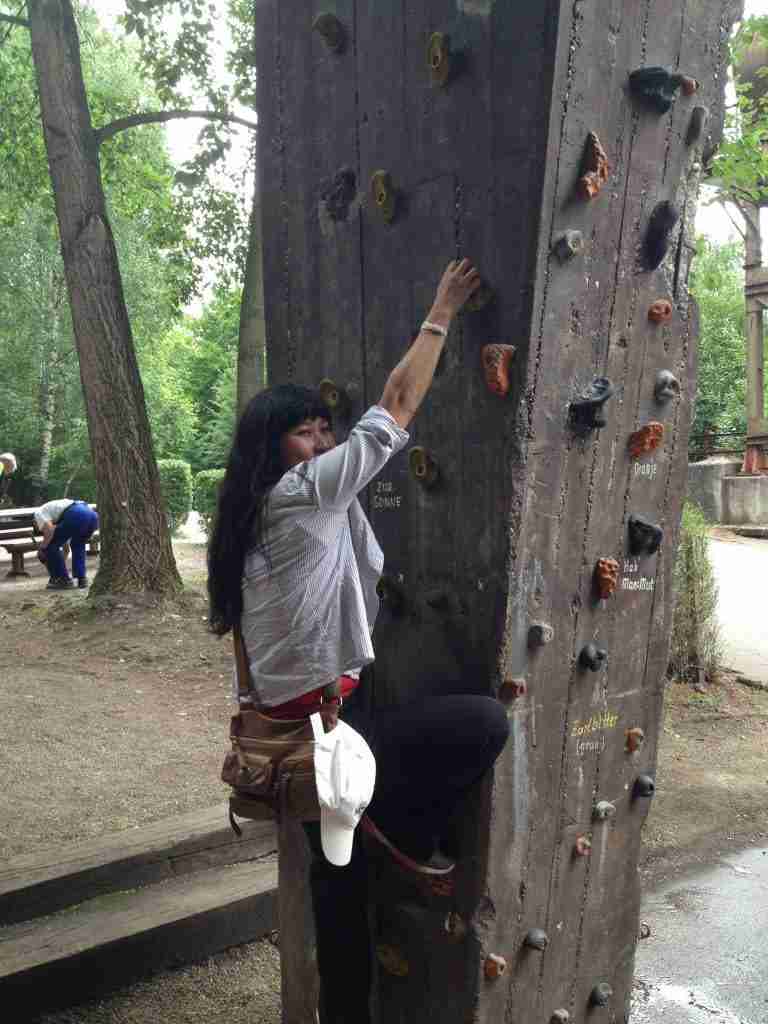 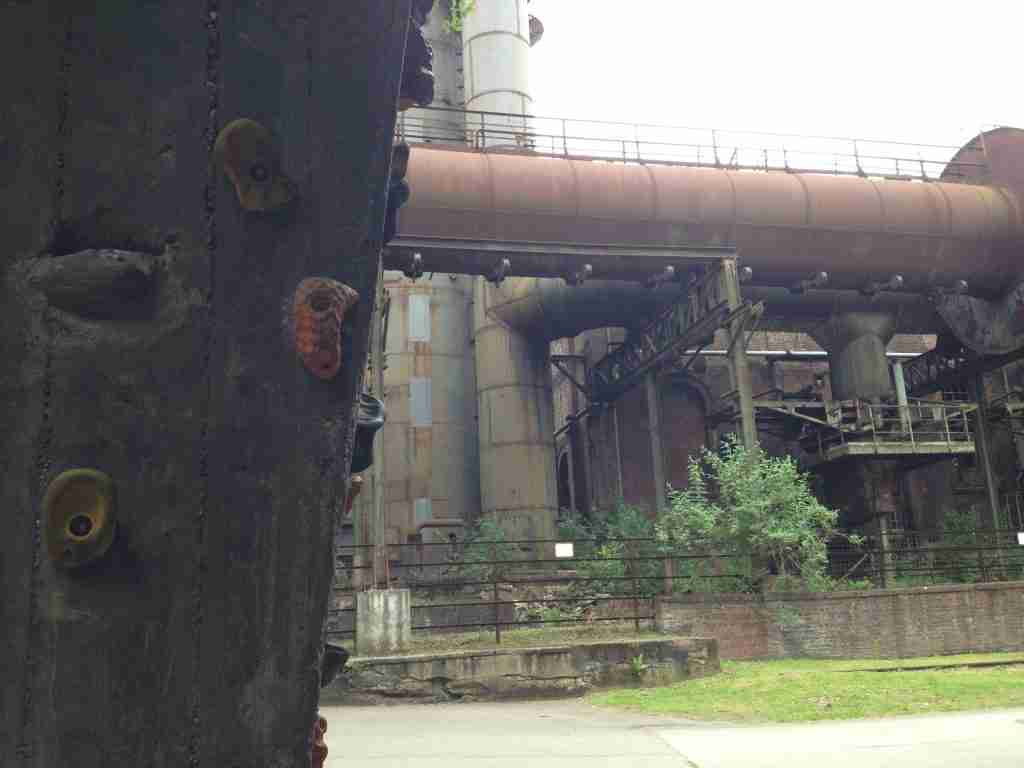 After all the exercise, we decided to push ourselves a bit farther by climbing the “Tiger and Turtle”, a sculpture which also happens to be a staircase mimicking a rollercoaster. 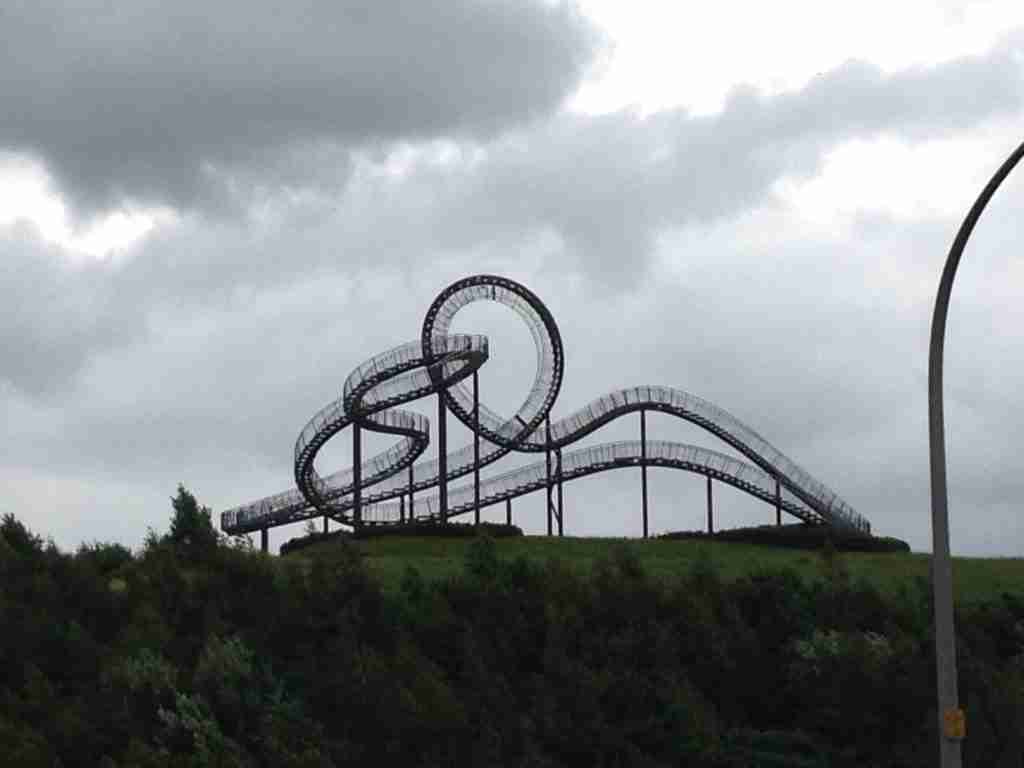 If you’re afraid of heights, this is the perfect way to work on getting over your vertigo. Even though it’s a bit scary at first to see all the way down between staircases, you quickly get over the fear to discover amazing sights of the city, and push yourself to climb higher so you can explore the entire structure. 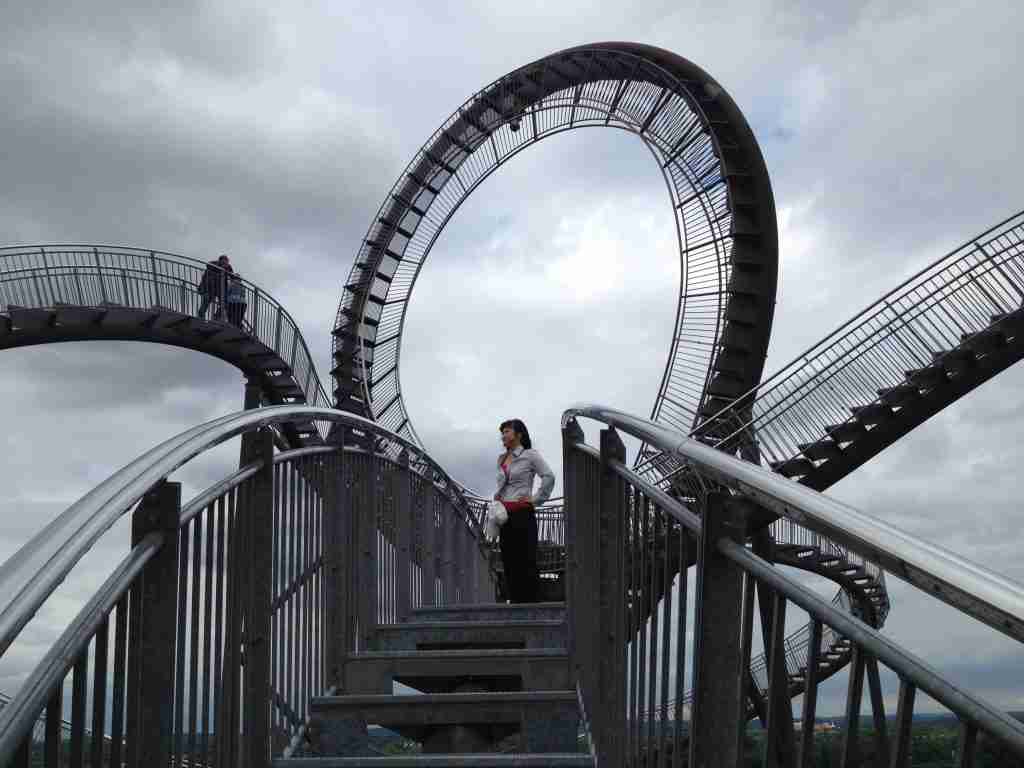 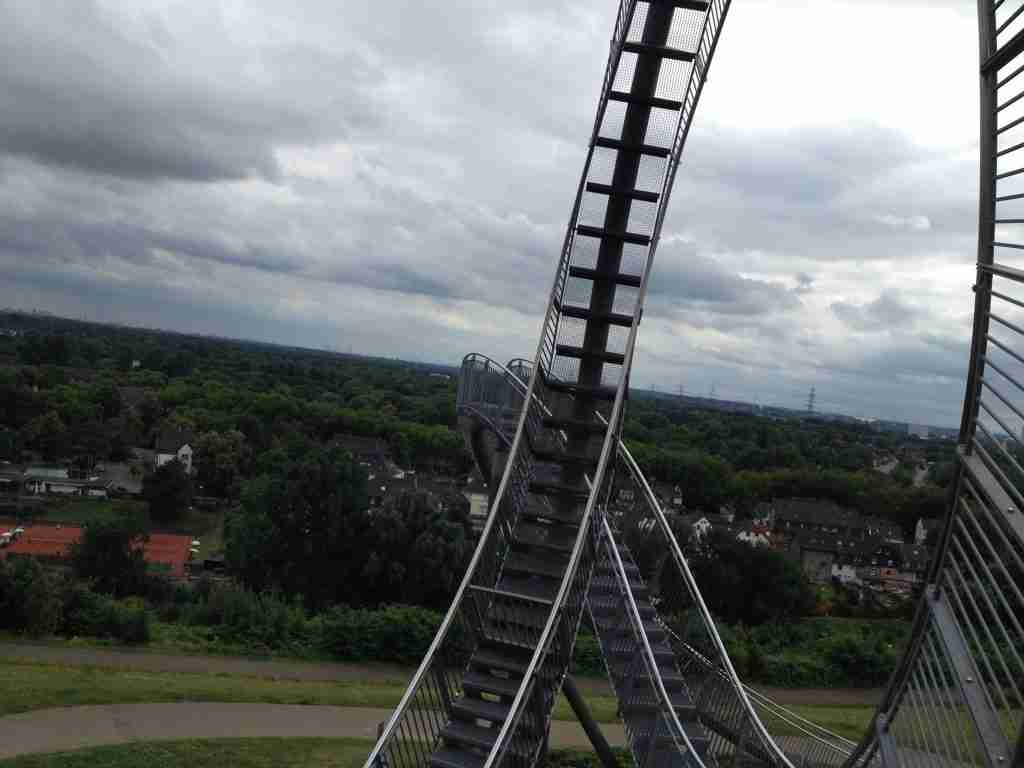 And after all that exercise, you’ll have the perfect excuse to go back to Carolus Thermen and indulge in the magical floating pool.

After the bastard deer of Nara, who tried to bite off a chunk of my flesh for not feeding them my deer cookies fast enough, I’m a little apprehensive around animals whenever I have food on me.

But all that changed in Dusseldorf, when I found the cutest deer in Wild Park who patiently waited for me to feed them without being complete assholes. 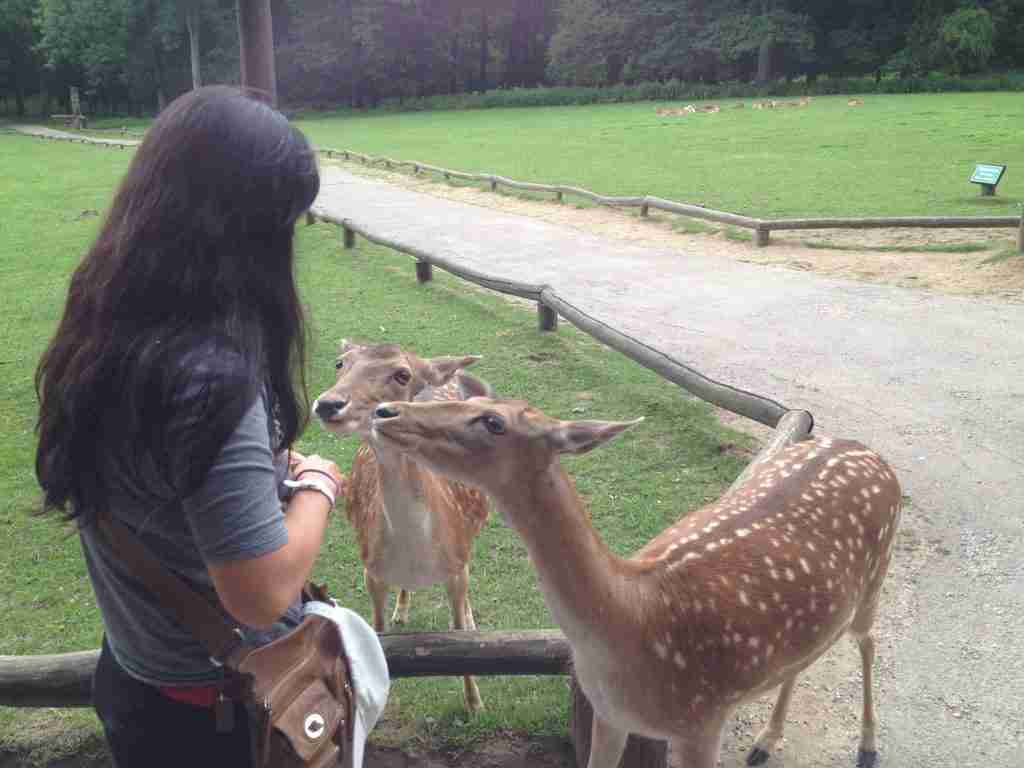 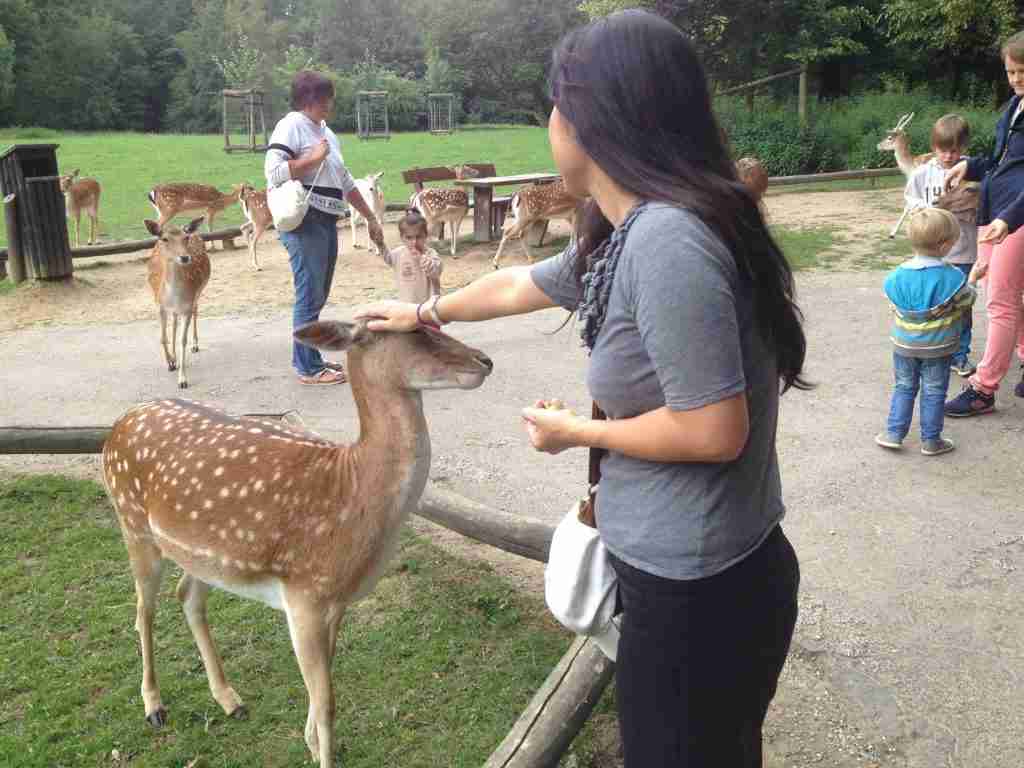 So there you have it. German Deer > Japanese Deer in every possible way. Thanks, Dusseldorf, for restoring my faith in deer.

One of the things in common for all of these cities was the warmth of the local people. In bigger cities, people tend to be rushing from place to place, but in small cities, you can’t go two blocks without someone saying hello and being friendly. Many of them wanted to know what two Canadian engineers were doing in a small town that rarely sees tourists. Did we get lost on our way to Berlin? Munich?

Nope. When I tell them I deliberately chose to visit their city, I get a warm welcome and lots of conversation.

So if you have extra time when travelling, get off the beaten path. You might be pleasantly surprised and if you like to make human connections, small cities have some of the friendliest people you will ever meet.

Plus, the cost of living aren’t bad either. Here’s much we spent on average across the 4 cities: