“Vilnius: The G-spot of Europe. You don’t know where it is but once you find it, it’s amazing!” 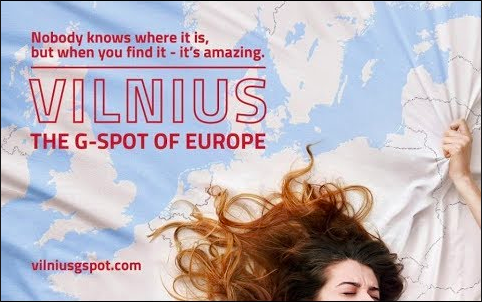 This is not a joke. This is a real ad from the tourism board of Lithuania, and it was even featured on John Oliver’s Last Week Tonight, so you KNOW it’s legit.

I wasn’t even thinking of going to Vilnius, but after seeing this, I just had to.

Before we came to Lithuania, we knew nothing about it. I couldn’t find it on a map and I never heard of its capital, Vilnius, either. We decided to go find it.

So did the G-spot of Europe meet our expectations? Let’s find out…

The first thing that struck me about Vilnius is not Vilnius itself but the city across the river:

Before entering the city, one of the pre-requisites is that you need to smile. They even have a quirky sign to remind you about this: 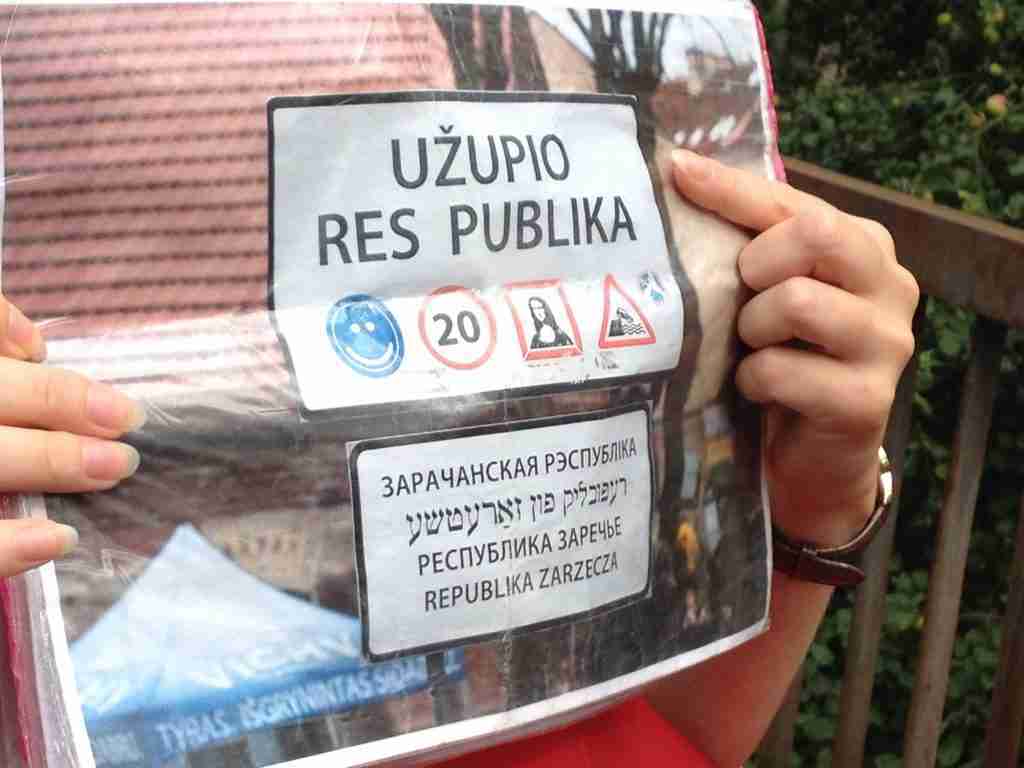 An independent state founded by artists, not only does Užupis have its own constitution (posted in 8 different languages), it has its own resident dog and cat—which everyone is allowed to pet. Technically, the Lithuanian government doesn’t LEGALLY recognize it as a state, but who cares? The cat thinks it’s cool. And the dog—he just wants to be a dog. It’s all written in the constitution: 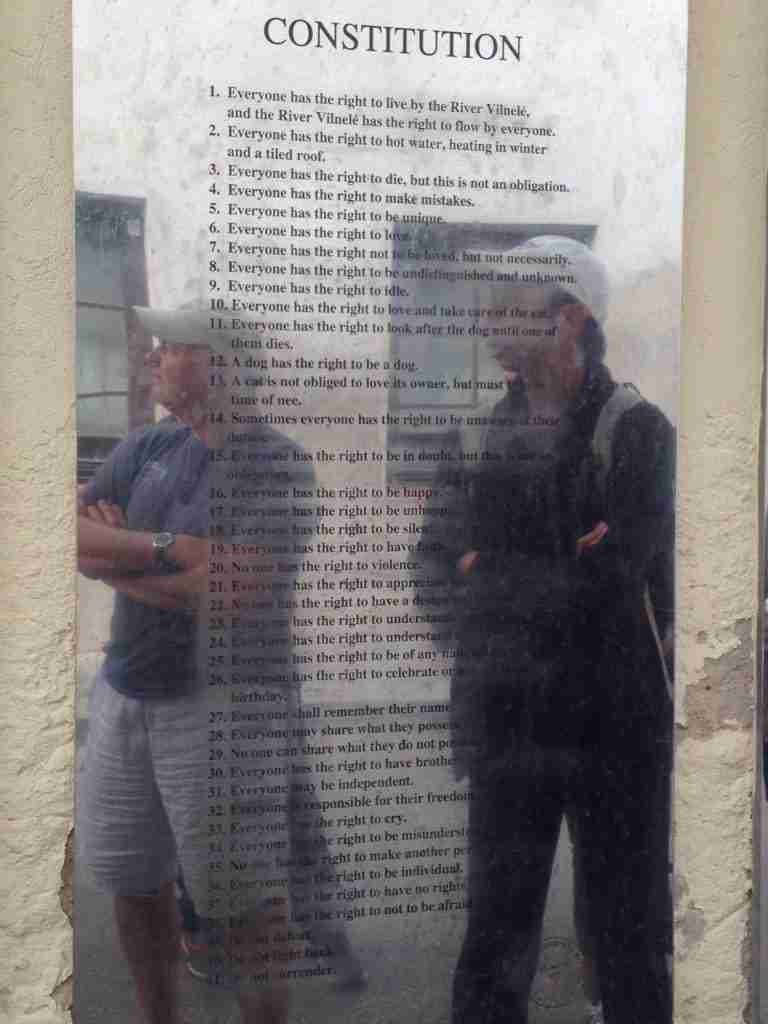 You can see they clearly thought about this long and hard, and obviously, COMPLETELY sober. The creator of that constitution is currently working on translating it into cat and dog language, to let the animals know about their own rights. So once again, completely sober, you guys.

Other interesting constitutional rules of note include:

So, everyone needs to smile before they enter but they also have the right to be unhappy?! They must have a thing for contradictions here.

They also have a thing for quirky flags: 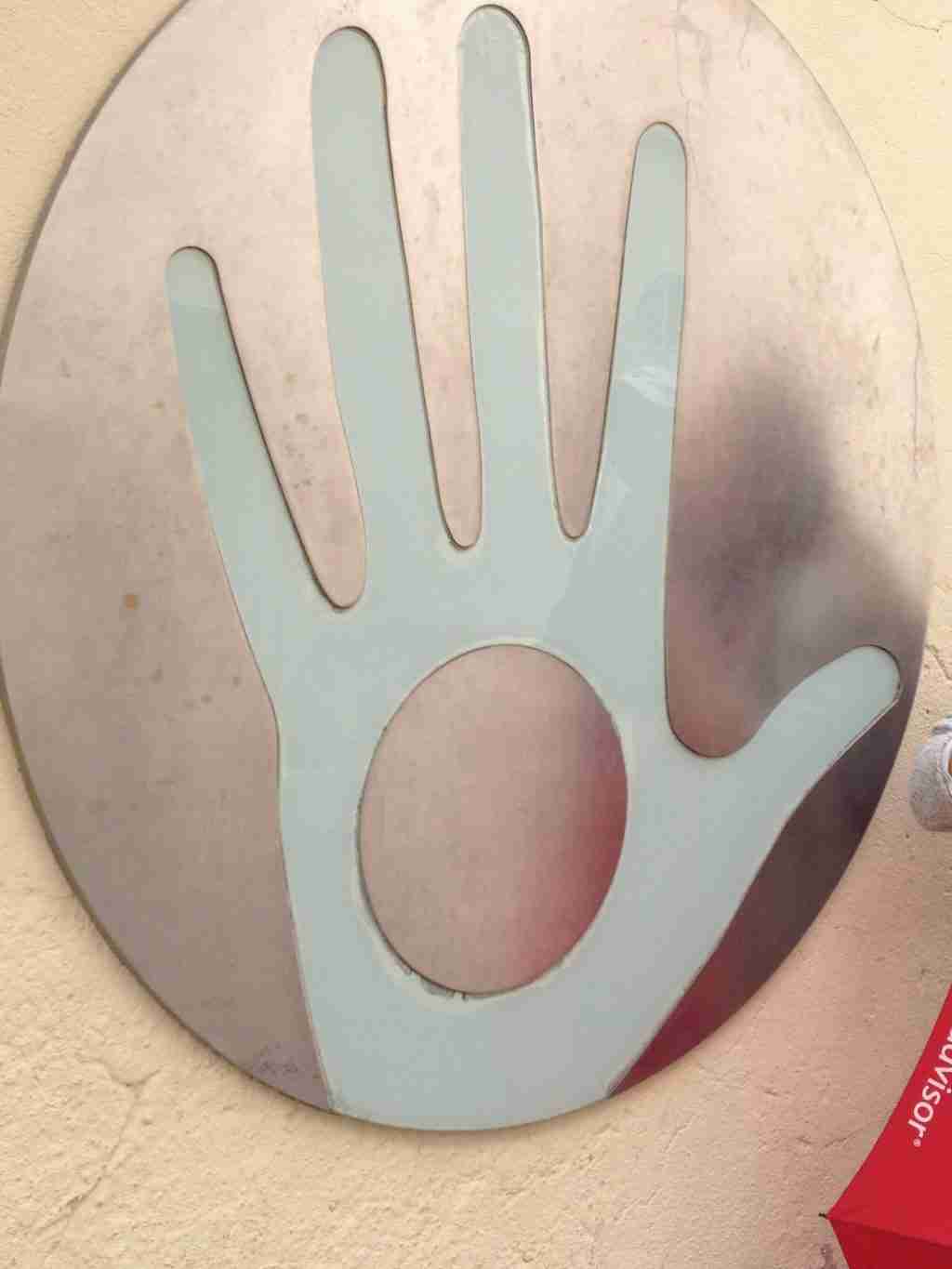 The tour guide explained the flag of Uzupis—this symbol means money flows right through this artist’s palm. After all, art is about freedom of expression, not greed.

And the citizens of Uzupis love to express themselves:

Užupis even has its own army—a whole battalion of… 12 people. They also have a statue of Jesus represented as the first backpacker, a swing chair hanging off a bridge called “the Swing of Fate” to help you contemplate life, and a giant penis statue (because, why not?).

And if you go into their passport office you can get your passport stamped (even if it’s not recognized by customs). We skipped that part because we didn’t want to confuse the hell out of immigration—trying to explain that you’re a retired 30-something is already confusing as it is.

Back in Vilnius, as we walked around the city, it struck me how simultaneously progressive and conservative the place is.

Their female president is known an Iron Lady for having a black belt in Taekwondo. 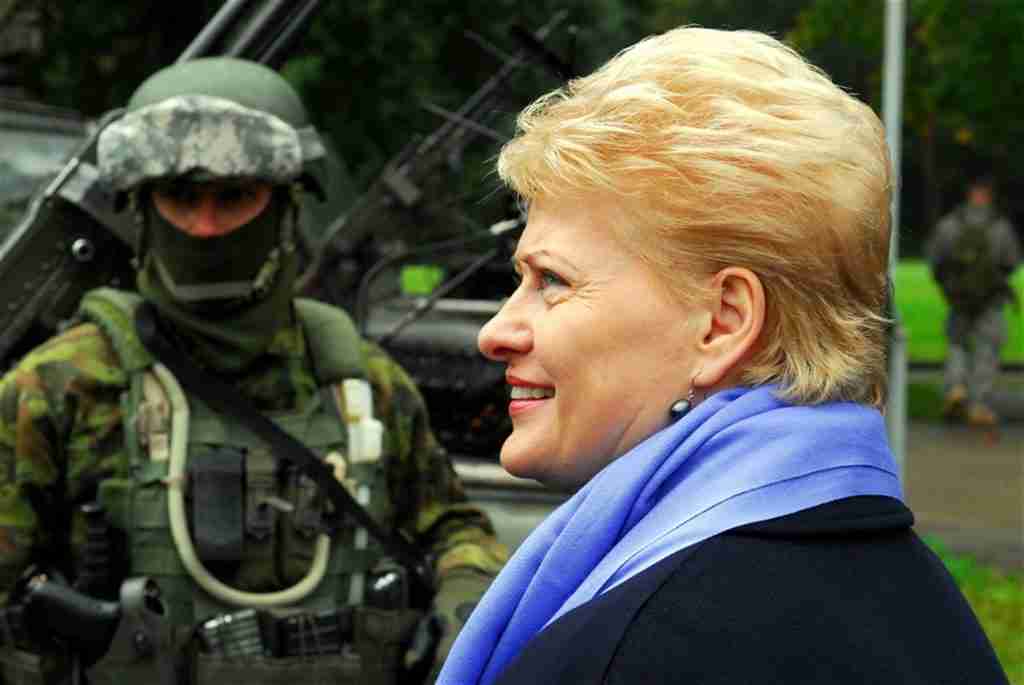 No booze can be sold in stores after 8pm. Or on the day kids go back to school. Or on random days of the week, just because the current party in power—the Farmer’s party—said so.

Wanderer was not amused.

Boasting 22 universities for a population of 3 million people, Vilnius has some of the most educated citizens in Europe. Not only that, 2/3s of the universities are completely free for its citizens. The rest have tuition costs of 2000 Euros/year or less.

No wonder we’ve never gotten any Lithuanian readers writing in about their crippling student debt. 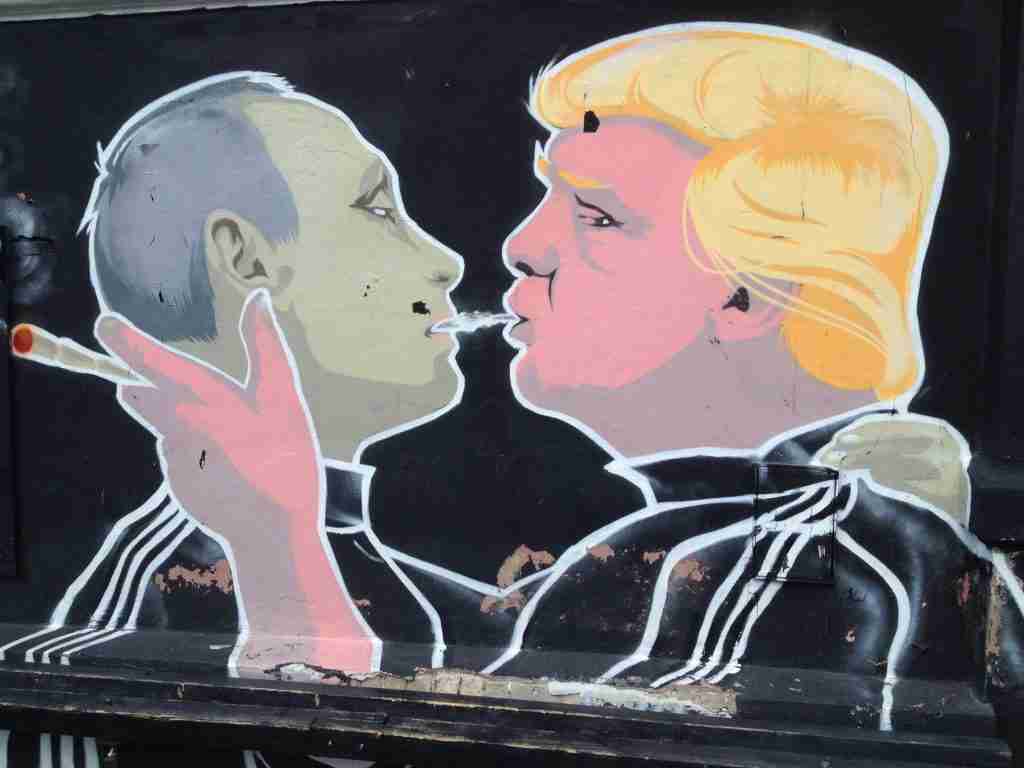 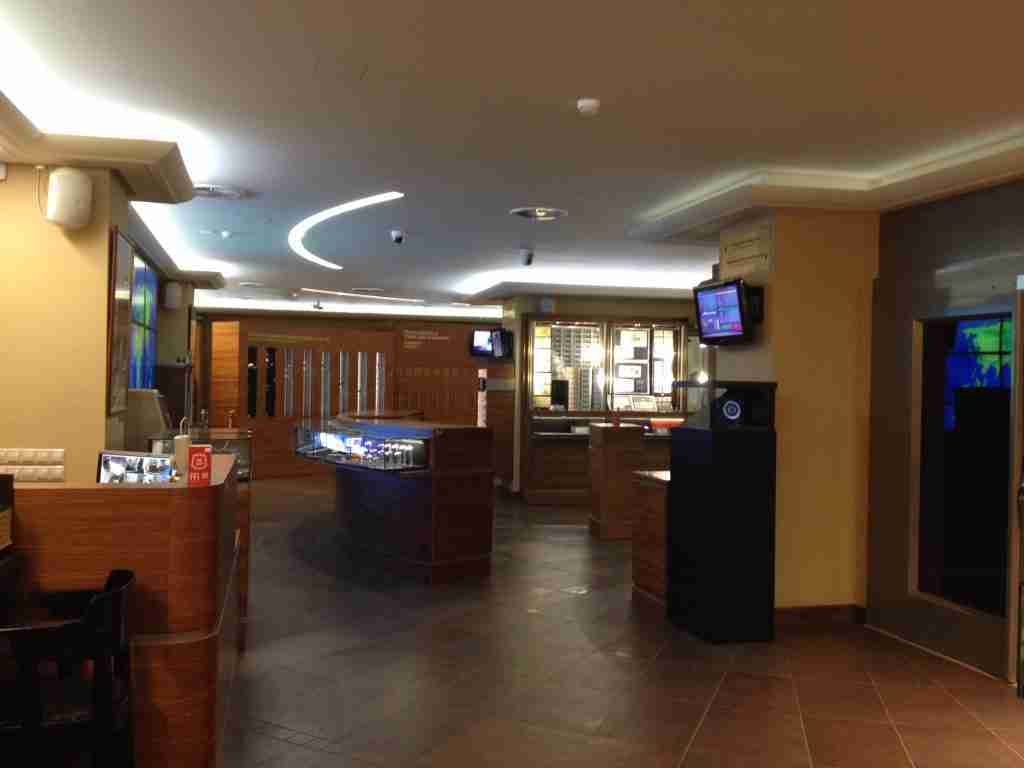 An entire museum dedicated to money, consisting of displays like a tower of 1 million coins and the history of how money came to be. 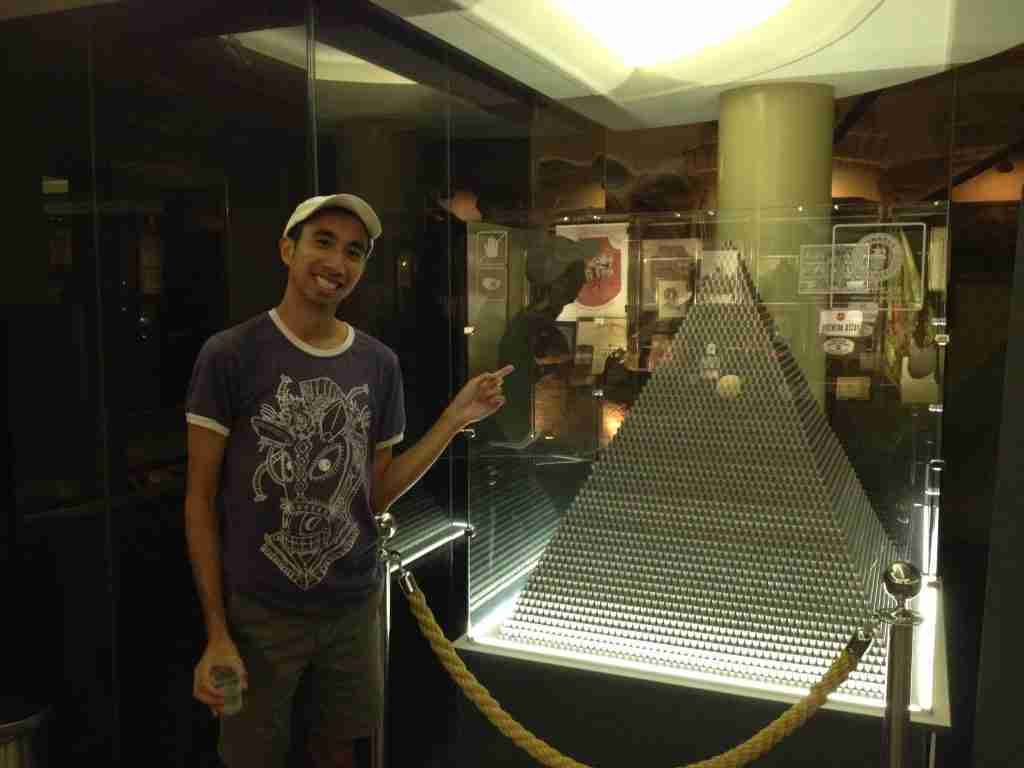 Ironically, it was free to visit the money museum.

We also learned from other museums (like the museum of occupation) in the city that, just like rest of Eastern Europe, Lithuanian had its share of bloodshed and protests to get away from the communists.

In fact, Lithuanian had a large part to play in the fall of the Iron Curtain. They staged a peaceful protested where they joined hands with Latvias and Estonias forming a line of 2 million people, stretching across the entirety of the 3 countries. 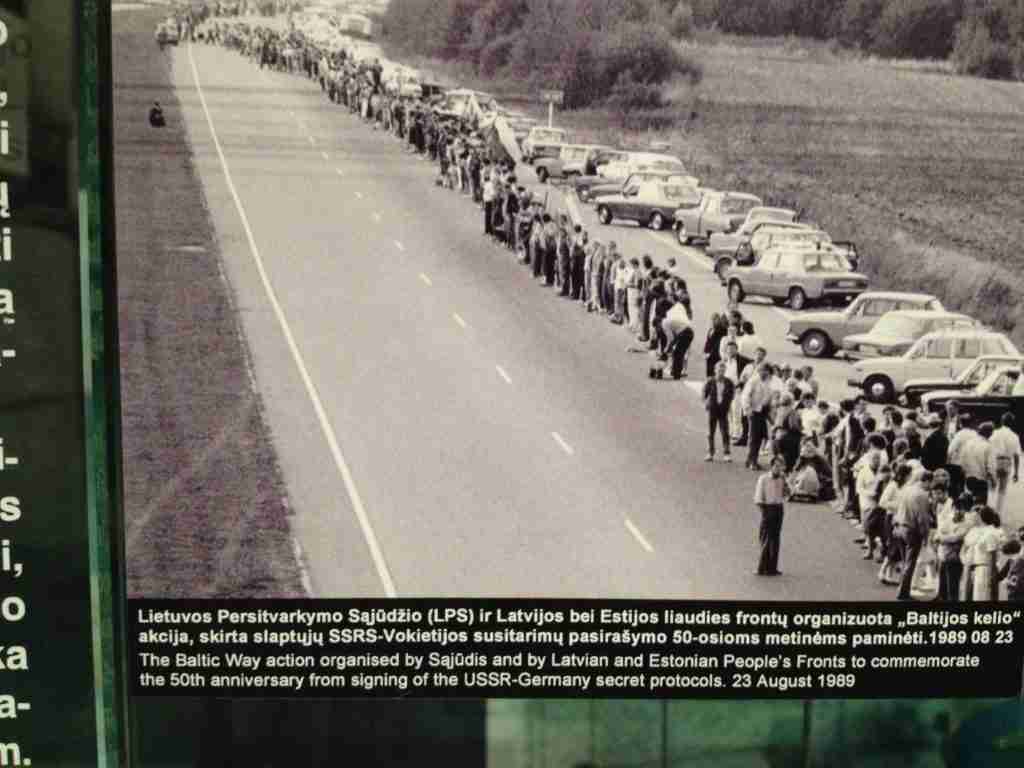 That’s all fine and good but after exploring Vilnius for over a week, I still hadn’t figure out why it was the “G-spot” of Europe yet.

We decided to see if this castle in the middle of the lake just outside the city would change our minds: 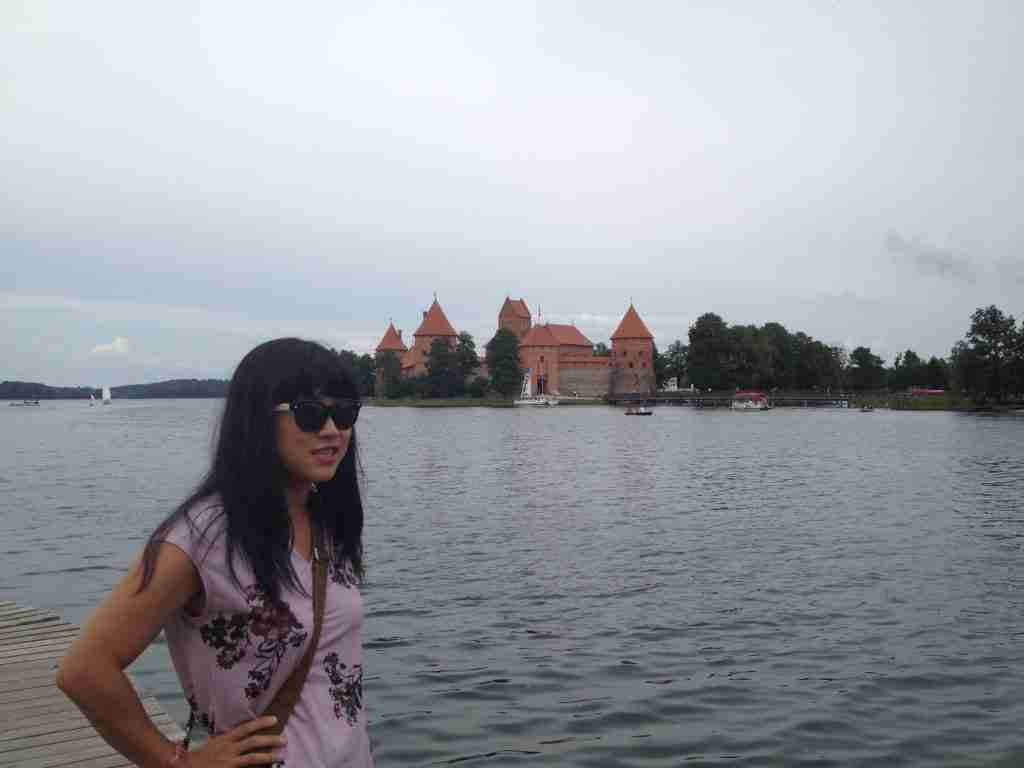 I’m not sure if it’s because I’ve visited so many castles in Europe that I’m now a castle snob or I just didn’t “get” the wonder that is this castle, but I found myself pretty bored after walking around the grounds for 1.5 hours. 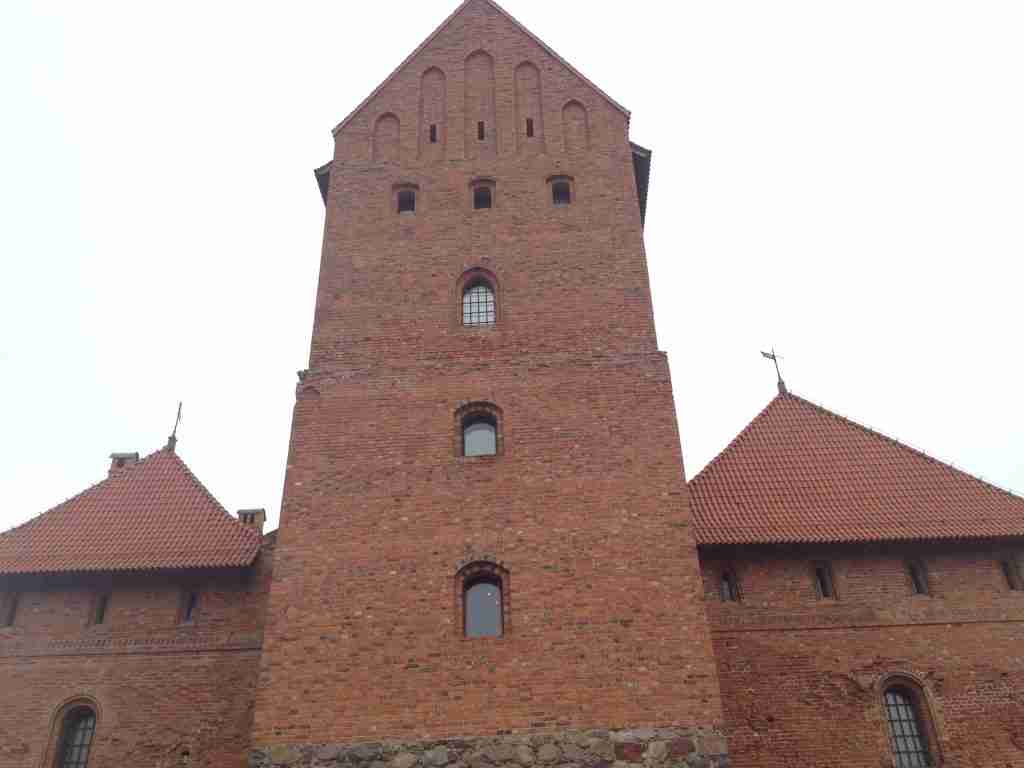 So we decided to take a boat ride around the lake: 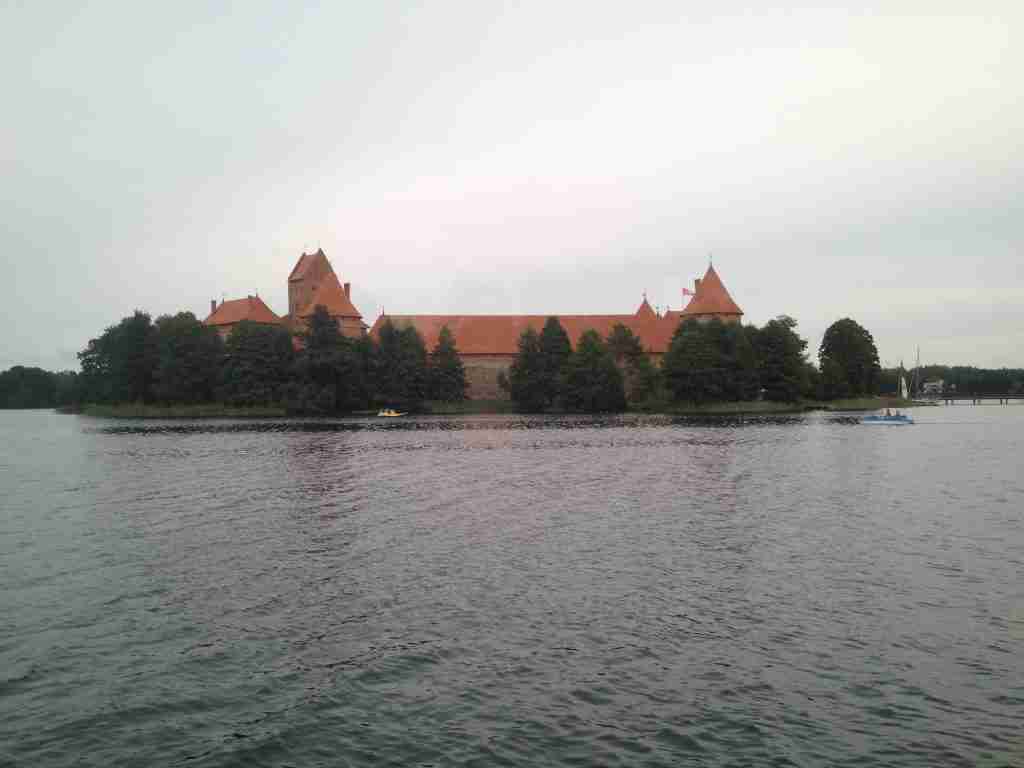 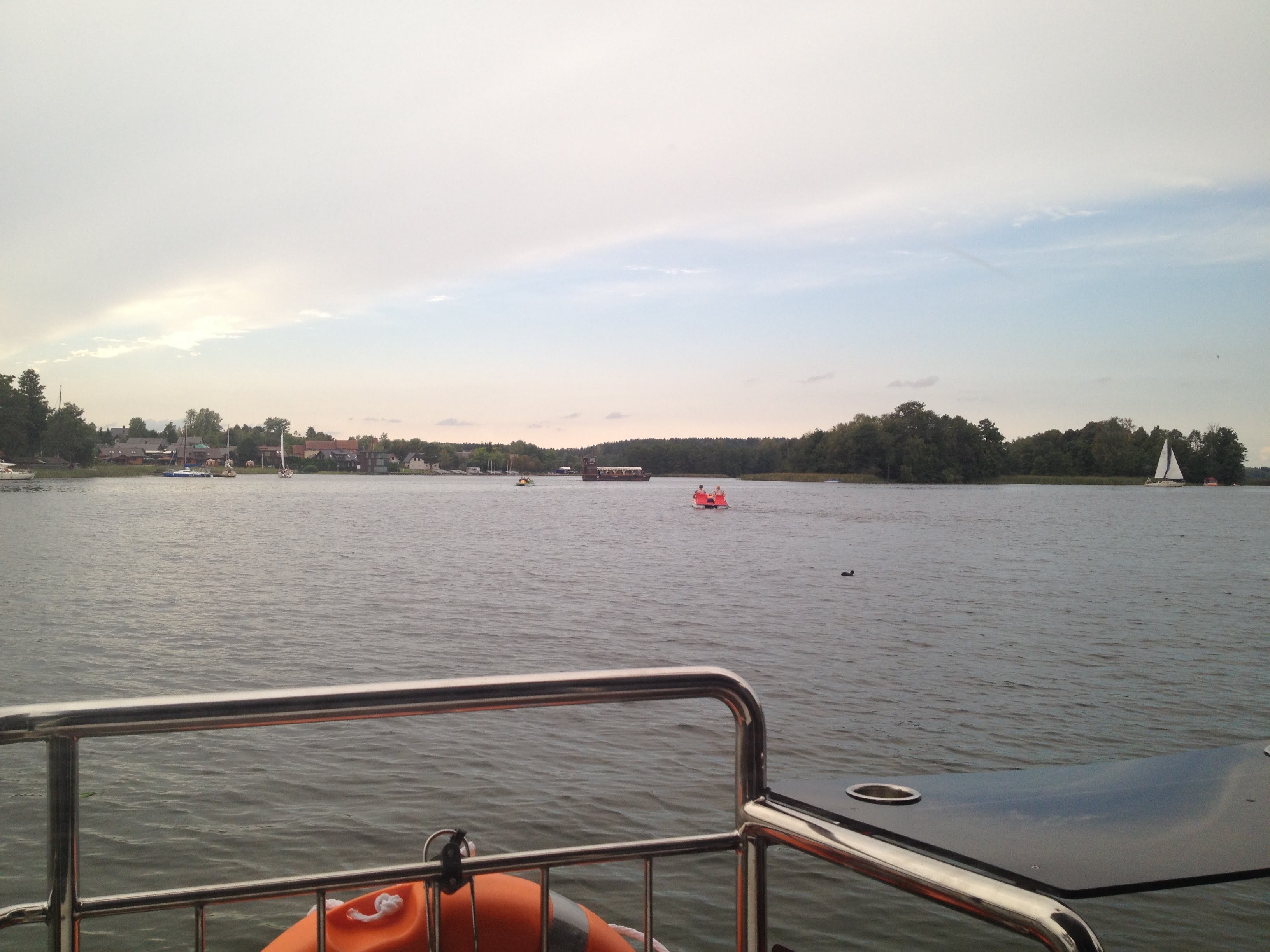 And then fill our stomachs with some traditional Lithuanian food: 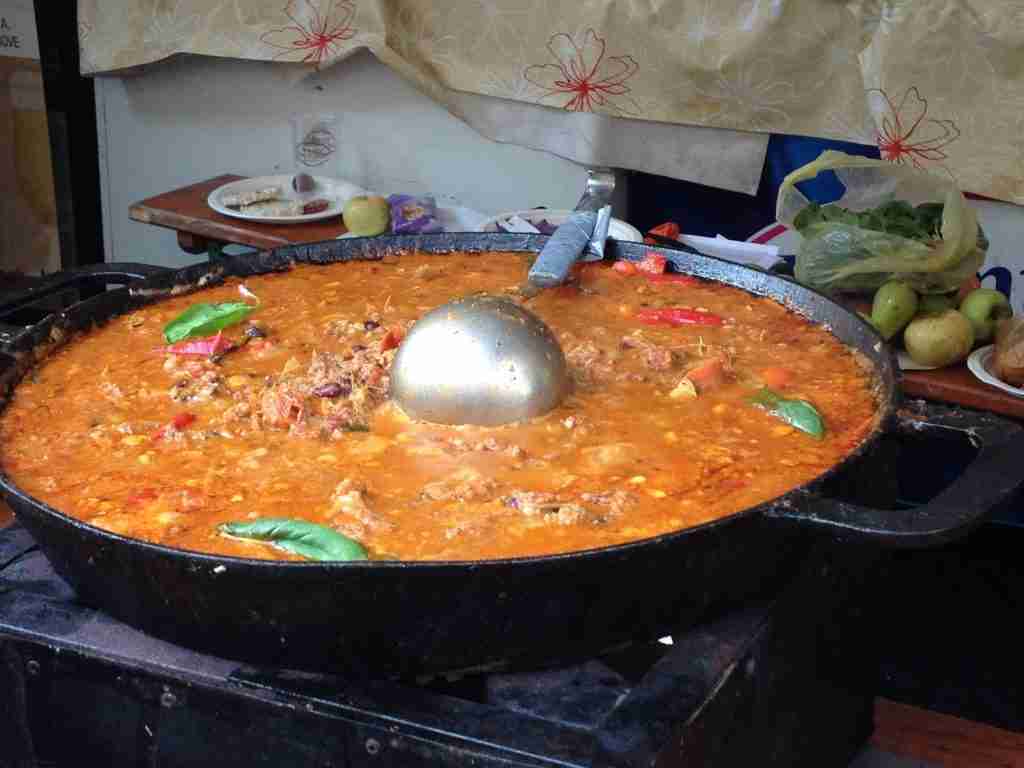 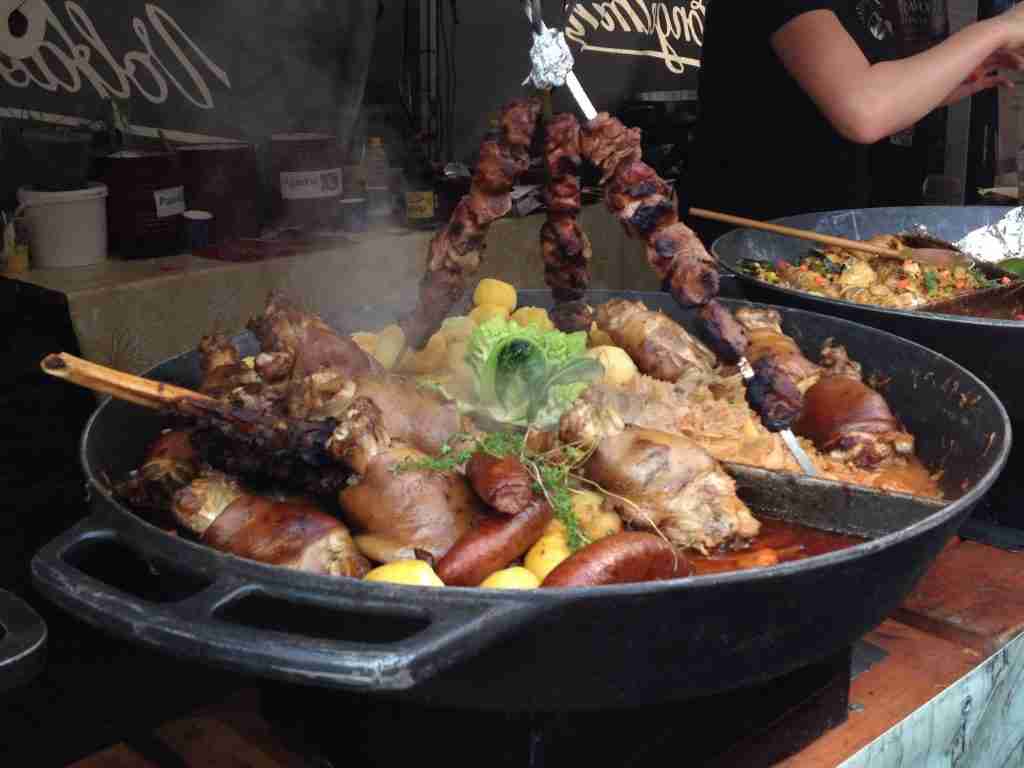 I dunno. My verdict after exploring Vilnius is that the best thing about the city is its tourism board.

Sure, they got a lot of flak from their government—especially since the Pope was coming to visit right when the posters came out—and also the entire John Oliver bit.

I’m not sure if your city delivered, but tourism board, you put Vilnius on the map.

So even though I didn’t fall in love with Vilnius, at least it was cheap. Here’s how much we spent:

What do you think? Have you been to Vilnius? Do you think it’s the G-spot of Europe?