Why Following Your Dreams Will Make You Free 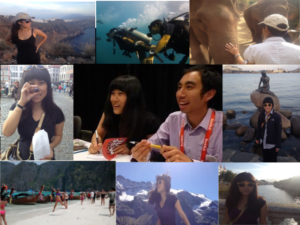 On the subject of dreams, and the following thereof, Financial writers are split into roughly two camps:

The premise behind the first one is based on the idea that because you are naturally passionate about your dreams, you will work harder and be better than other people in that field. Therefore, you will rise to the top, rake in the money, and live happily ever after. And of course, the premise behind the second camp is…uh…you may die broke. And that’s bad. So you should pick a stable well-paying job instead that, while it may not be your dream, at least puts food on the table.

To which I respond, you’re asking the wrong question. It’s not either/or. It’s Follow Your Dreams AND Follow the Money. Or, to put it more accurately

You see, the successful “Follow Your Dreams” crowd neglects to mention the fact that not all dreams are created equal. If your dream is to be an Investment Banker or to write software, then BOY do I have good news for you! But if your dream is to be a best-selling author or write poetry, your pathway to success is far less certain. Don’t get me wrong, I believe every dream DOES have a pathway to success, but some dreams can cash in right away, while others may take YEARS before they earn a single dollar. So unfortunately the artists and the poets are told by the Boomer parents to “get a real job” and hang up their paint-brushes and…uh…berets? (I don’t know many poets.)

We’ve written about the Magic Number you need to become Financially Independent before, and one of the ways to bring that number down and make Financial Freedom attainable sooner is to include income from doing work that you personally find fulfilling. In other words, income you’d make from living your dream.

Because one of the many many reasons people have for not pursuing their dream as a viable career path is that the income they can expect out of it is so low that they wouldn’t be able to live off of it. However, once you’ve followed the Millennial Revolution and earned the ability to live free, your income requirements are much, much lower. Any income at all, even as little as $5000 a year (or just $420 a month) has a massive effect on your Magic Number. The aforementioned $5000 a year actually LOWERS your Magic Number by $5000 x 25 = $125,000, meaning you just shaved $125,000 off the amount you need to build before becoming Financially Independent! So by pursuing your dream career NOW on the side (while NOT quitting your day job until you reach Financial Independence), you could actually get to Financial Independence years, even decades earlier!

When I was staying in Amsterdam, my AirBnB host was a very loud, very boisterous Italian guy named Luca. Luca was NOT the academic type. In fact, when he enrolled in business school, he spent all of one day in class before realizing college was not for him. So he bummed around Amsterdam working as a bartender for youth hostels as he figured out what he wanted to do.

Turns out, he already knew. Coming from a family of mechanics, he loved fixing bikes. He would spend every spare moment fiddling with his bike. Soon, his friends and co-workers noticed and started asking him for help. After all, this was Amsterdam. And Amsterdam had a LOT of bikes.

After a while, Luca realized that people had a common problem. When people move to Amsterdam the first thing they do (well, the first non-weed-related thing they do) is buy a bike. After all, it’s Amsterdam. You need a bike to get around. And since they figure “Oh, since I’m going to be using it every day, I should get a nice one,” they splurge for a super fancy bike costing thousands of Euros. Which then immediately gets stolen.

So what people ACTUALLY need, is a really nice bike that DECEPTIVELY looks like shit, while costing no more than 50 or 60 Euros. So he started taking bikes from junk yards, stripping it down for parts, and applying his kickass mechanic skills to turn them into perfectly working bikes that look like they were cobbled together from spare parts (since that’s, you know, what they were).

Luca soon found himself in such hot demand, his bike mechanic side hustle quickly overshot his bartending income, so he quit. Now, he gets to play with bikes all day (which is what he loved to do anyway), and as he puts it “I’ve never seen so much fucking money in my LIFE.” After which he bellowed to me “LET’S DO A JOINT!” It was Amsterdam, after all.

So don’t let anybody tell you that life is about pursuing money or pursuing your dream. It’s not either/or. It’s both.

2 thoughts on “Why Following Your Dreams Will Make You Free”