Investment Workshop 41: How Painful Will the Housing Crash Be? 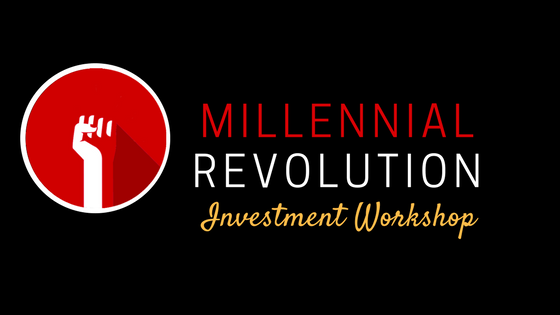 So the other day, I was having a Skype chat with a friend back home, and as I was regaling him with the life-changing experience that was the UK Chautauqua, I started to notice that he wasn’t really listening.

“Uh huh. Wow that’s great. Uh huh,” he would say distractedly. So I turned the tables and asked how he was doing.

“Oh no! What happened?” I asked, fearing some kind of medical issue.

As it turns out, people back home are getting financially squeezed within an inch of their lives. And it’s all housing’s fault. Work was heating up, to the point he was getting panic attacks on Sundays knowing he’d have to go back to work the next day. He had an investment property that was about to close, and he wasn’t sure how he was going to actually pay for the damned thing. And on top of that, the housing crash in Canada had taken a dump on everyone with a roof over the heads.

That was when I realized it had been a while since I checked in with what was happening in Canada’s housing market, so I started looking into it. And what I missed was…not pretty.

The Canadian housing market had been rampaging ahead for the last few years with apparently no sign of stopping, fuelling worry from international investors that Canada was barrelling towards it’s own 2008 moment and hubris from Canadians convinced that what happened to the “Stupid Americans” could never happen here.

Never mind that debt-to-income ratios had crossed the point when the American housing market blew up, and that the US Federal Reserve was starting to raise interest rates which would make everyone’s mortgage rates go up. Those concepts are too complicated for the average housing “investor” to understand, so they instead mumble something about “immigrants” and “Toronto’s a world-class city” and “housing always goes up” or whatever nonsense and then they go out and buy.

Well, this year the government has been stepping in and tinkering with rules and regulations in an effort to protect home-boners from themselves. They introduced taxes on vacant homes. They started cracking down on investment properties evading capital gains taxes. They introduced punitive taxes on foreign buyers. They added rent control.

And all that seems to have inadvertently caused the housing crash they were trying to avoid. Whoops.

Sales volume has been sliding since spring, and now prices have plunged as well. In Toronto, for example, the average single family home has dropped from $1.2M in value to just below $1M. That a 20% drop since May! That means that on average, every family owning a single family home in Toronto just saw $200k of their equity disappear.

Now I’m starting to see where the stress is coming from.

And guess what? It’s about to get worse.

There’s a new regulation going into effect this year called B-20. And as with most government policies, it is mind-meltingly boring. Here’s a link to the draft legislation in case you have a few hours on your hand and you want to die of boredom.

Now, from what I can tell most of the media is focusing on bullet point #1 and #2. Having to qualify at a higher rate than the posted mortgage rate means borrowers will have less money to work with, which will cause the housing market to drop even more. Banks are estimating the effect will be somewhere between an additional 10% to 20% drop.

But I think the much more sinister motive behind this legislation is bullet point #3.

So we now have a housing crash in Canada (arguably caused by the government). And the big question is, will this crash be the first type, or the second type?

And that’s where these regulations come in. You see, in Canada we don’t have the 25-30 year mortgage terms that the Americans have. Our mortgages amortize over 25 years (meaning that’s how long it takes to pay it off), but they renew every 5 years, meaning we have to go to a bank and refinance periodically.

And now making the LTV requirement recalculated dynamically means the borrower could be in for a world of hurt come renewal time.

Think about it. If home prices were going up, this rule does nothing. You would automatically qualify for the same loan amount you got your initial loan for, since the value of the home didn’t change (or went up). But if the value of your home went down, something interesting happens.

The dynamic LTV calculation would kick in, and for a normal mortgage, the LTV ratio is 80%. So taking the new, lower value of their home and recalculating the LTV, that means the maximum they qualify for is now $640k. But their mortgage balance is $800k.

So that means in order to stay in that house, the homeowner will be forced to come up with $160k of their own money and hand it over to the bank. If he has to cash out his pension, or go to his in-laws with his hat in his hand, or give his boss daily blow jobs, he has to do it or he loses the house. So not only has the homeowner already lost his entire downpayment in this scenario, they have to pay $160k on top of that. Double screwed.

And if they can’t do that, then the bank can foreclose on the house, sell it at a loss, then sue the ex-homeowner for the difference, because we don’t have zero-recourse loans here in the Frozen North.

In all scenarios, you may have noticed, the bank doesn’t lose money, but the homeowner gets screwed.

So while B-20 is being marketed as a way to protect borrowers from borrowing too much, I think it’s far more sinister. It’s a ploy by the banks, who see big housing losses coming, to make sure that the one taking those losses isn’t the banks. It’s the homeowners. Double-screw the homeowners, and save the banks.

Winners/Losers in a Housing Crash

So who are the winners/losers in this new B-20 regulation being introduced?

Hoo boy. The Homeowner gets screwed big time. In fact, the typical response when I talk to a homeowner about market corrections is “If it happens, I just won’t sell.” And before, that made sense. Sit on the house for 25 years and hopefully it will recover by then. But now, this no longer works. If your home value crashes, you can’t just sit on it and keep paying the mortgage. Because the next time the homeowner renews, the bank will now demand he pay for those losses now. You can no longer avoid losses via inaction.

Don’t get me wrong. I’m not harping on these regulations and saying it’s a bad thing. I think it’s a brilliant strategic move. In a housing crash, homeowners always lose. You can’t prevent that. But what causes a housing crash to turn into a big rolling fireball of disaster is when the damage spreads out into the financial institutions. Then the stock market crashes and even people who didn’t own a home start getting hurt as job losses spread throughout the economy. The banks saw what happened in 2008 and they’re moving to protect themselves by throwing the homeowners under the bus. That’s what I’d do if I were them.

Throughout this year while the rest of the world’s stock markets have rallied ahead, Toronto’s market has remained stubbornly flat, despite Canada’s GDP being the fastest growing in the G7 countries, and part of the reason for this is the expectation that our housing market’s about to fall over and the TSX will do with the Dow did in 2008. But we can see here that the banks are moving to make sure the only one who will lose money is the homeowner. So as the housing crash continues and we see banks not fall over, we may see the TSX finally catch up to the rest of the world’s stock markets. By protecting themselves, the banks are protecting the TSX, and by protecting the TSX, they’re protecting the Index investors.

So there you have it. To question of “How’s Canada’s Housing Market Doing?” can be summed up thusly.

And on that note, we shall now proceed with this week’s buys.

We begin, as always, by adding our cash into the portfolio and taking a snapshot of where we stand.

We then calculate how far off from target we are…

And on the American side, we again start by adding in our cash and taking a snapshot of our current portfolio…

We calculate how far off from target we are…

And finally, we decide on our purchase orders being careful not to go into margin…

And with that, we’re done. Thanks everyone!

59 thoughts on “Investment Workshop 41: How Painful Will the Housing Crash Be?”