This week was supposed to be the second part of our 2 part series on Inflation, but so much stuff’s been in the news this week that we thought we should comment on some of that. New readers, please click here to start from the beginning.

Ever since the election, one of the most common questions we get is “I’m American. What the Bloody HELL am I supposed to do about health care if I retire?”

To which our response was “Fucked if I know.”

And that was because up till now, the replacement plan for Obamacare kept changing every single day in the news. In fact, all of us FI bloggers were watching the daily developments on Capital Hill VERY closely, because we knew that we’d all have to come up with a health care strategy for our American audiences. Daily discussions among us varied from how to best use HSAs to offset our coverage costs, how deductibles affect your retirement, and even how to relocate to a state (or country) for the health care.

Well, it turns out we can all relax because the discussion is now moot.

In a turn of events that only be politely described as eye-meltingly idiotic, Trump and the Republican Party couldn’t come to a consensus on what to replace Obamacare with and, as a result, left Obamacare intact.

With control of all three levels of government and literally nothing opposing them, the Republicans somehow couldn’t get their shit together and dismantle the health care law even though they all universally hate it. 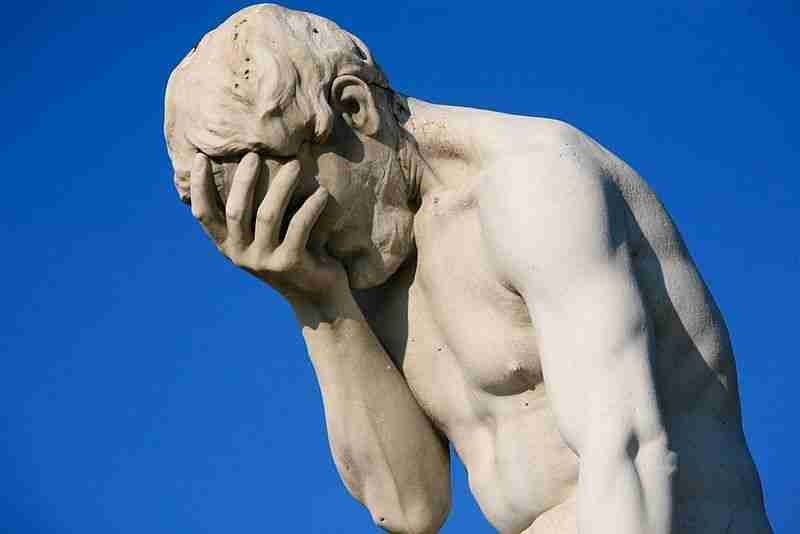 But their loss is our gain, because that means that Obamacare will remain the health care solution for American Early Retirees. When you retire, your income drops off a cliff since you’re no longer working (and you’re using your Tax Shields to avoid paying additional taxes on your investment income). This, in turn, qualifies you either for Medicaid or Federal Subsidies which help pay for insurance purchased on the Obamacare exchanges. Our good buddy Justin from RootOfGood.com wrote up a summary on this here.

So long story short: The system has NOT blown up, it is still possible to retire early in America and have access to cheap (or free) health care after you leave the workforce.

And in related news, the US stock market, which has been rampaging ahead since the election bolstered mostly on the assumption that Trump would implement his campaign promises, suffered the longest losing streak since the Carter administration.

Wall Street traders made the bet that with Republican control of the House, Senate, and the White House, that Congress would go from gridlock to a rubber-stamping legislative assembly line. Someone puts a bill up, all Republicans vote yes, Trump signs it, and the Democrats sulk in the corner for 4 years.

Obviously, that did not happen.

So now, all those assumptions traders used to price in the post-November stock market rally are in doubt. If he can’t repeal Obamacare, what CAN he do? Can he actually lower taxes? Can he actually build that wall?

And these aren’t speculative questions. Already, he’s getting pushback on the wall from his own party who are balking at having to foot the bill for what’s basically a giant infrastructure project. Republicans HATE giant infrastructure projects. And he’s also admitted that his tax reform assumed he’d be getting savings from repealing the Obamacare payroll taxes, so what’s going to happen on THAT front?

And all this news brings me back to a central tenement of the Workshop: Don’t trade on predictions.

At the beginning of this Workshop (just after the election), I was CONVINCED Trump would cause a stock market crash. In fact in my article “Why President Trump Doesn’t Scare Me” I literally wrote “we are now entering a new financial crisis.” And a part of me thought about not doing these Workshops at all, since I would probably be instructing people to buy as the world caught fire and everyone would think I’m crazy. But instead I said “We’re gonna do it anyway. We have to show people how to be fearless, and how to invest properly. We have to show people how to use DCA to take emotion out of the investment equation.”

I was convinced these Workshops would turn into weekly pep talks about how even though the stock market was plummeting you should invest anyway.

So of course the fucking stock market went UP.

And here, I was CONVINCED that Obamacare was dead. I mean, I knew there were disagreements between Republicans but I figured it was all political posturing and they would eventually unite to kill the thing. And instead, it’s gonna be around forever.

But being wrong didn’t hurt us because we never allowed our predictions to affect our investment strategy. Dollar Cost Averaging instructs you to perform your buys at regular intervals and ignore the news. So that’s what we did. And that’s why our portfolio (and hopefully yours) is up.

And on that note, in this storm of uncertainty, in this political environment where anything can bloody happen, we will now proceed with out regularly scheduled buy.

As always, we add our next slice of money into the account and update our portfolio allocations.

From here, we figure out how to rebalance to get back on target…

And finally, we decide on our actual buy orders, taking care not to go over our available cash…

Similarly, for our American portfolio, we add our DCA cash in and see how it affects our portfolio allocations…

We then figure out how to rebalance back onto target…

And finally, we figure out our buy orders, once again being careful not to go over our available cash…

And we’re done! We trade on schedule, not on predictions, and as a result everything stays civil. No freaking out required.

19 thoughts on “Investment Workshop 20: Health Care, The Trump Slump, and Why Predictions Suck”