Worried About The Coronavirus Impact On Markets? 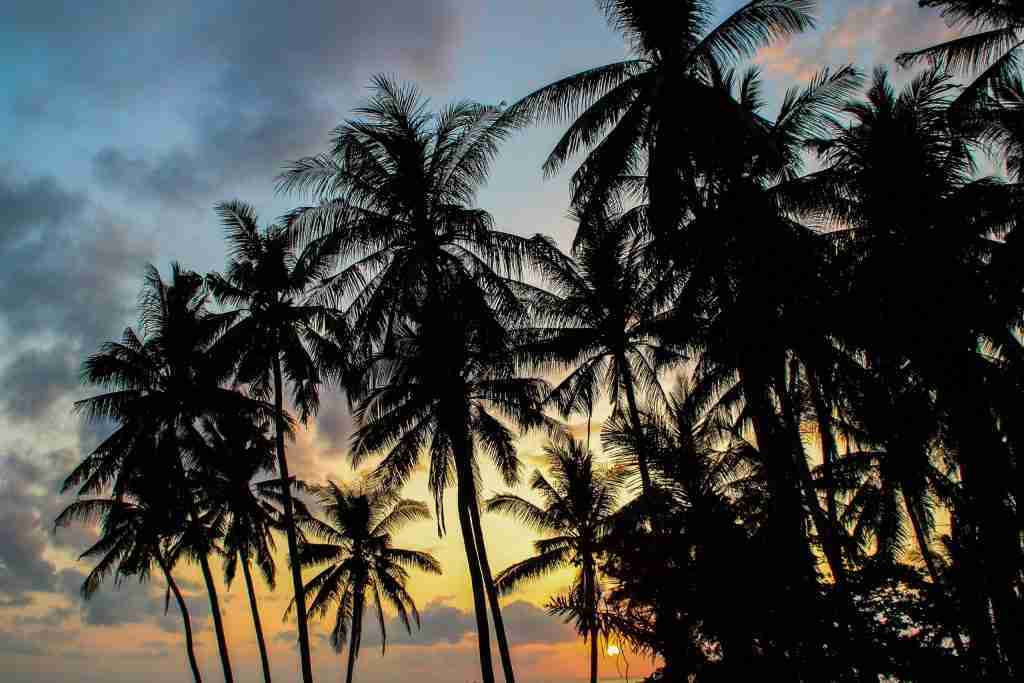 At the end of 2019 after the Portugal Chautauqua, we decided to fly over to Asia to spend the winter months escaping the snow and chilling out on the beach. We’ve been to Asia before and loved it, but this time something was different. In the middle of December, we started hearing about a mysterious flu-like disease coming out of Wuhan, China. Little did we know that we were witnessing the start of the coronavirus epidemic that would eventually spread all over Asia, and then even beyond that.

This isn’t the first time we’ve ran into news events during our travels. The first time we were in Thailand, there was a terrorist bombing of the Erawan shrine in Bangkok. And when we were in Kuala Lumpur, terrorists had issued a direct threat against the city. But in those incidences, rather than flee in terror, we chose to take normal precautions but continue living our lives just as millions of people in those countries do every day.

So rather than leave Asia, we chose to stay. It’s a decision we still don’t regret, but as a result we got to see the coronavirus crisis unfolding right before our eyes. And this is what we saw.

The Coronavirus Paranoia Is Everywhere

In those past incidences, while people on the ground were definitely concerned, the impact was mostly relegated to hushed conversations around a coffee shop. Yes there might have been terrorists running around Kuala Lumpur, but nobody expected that they personally would run into them, and even if they did, there was very little they could do to avoid such a chance encounter. Nobody stopped living their lives or changed their behaviour in a major way just because some undefined bad thing could potentially happen.

The coronavirus is different. Everyone’s talking about it, everyone’s constantly checking the latest infection numbers, and news travels fast.

As soon as a new transmission is reported in whatever country we’re in, people flock to the pharmacies and buy up all the face masks and hand sanitizers. We were lucky to snag some face masks ourselves, but it’s been weeks since we’ve seen hand sanitizer in pharmacies, and we’ve basically given up asking because the answer is always the same.

And we’re also seeing temperature checkpoints everywhere. Especially in Singapore, on a typical walk through the city we would have our temperature scanned either by IR cameras or with ones of those nifty laser thermometer things at least 4 or 5 times a day.

They are taking things super serious over here, and no wonder because…

For most the outbreak, the most visible travel restrictions have been put on people from China and related territories (Hong Kong, Taiwan, Macau), and what’s notable is that those restrictions apply even to people just transiting through those airports. Which effectively means once a country gets put on a travel restriction list and you’re in that country, you’re essentially trapped there until this whole coronavirus crisis is over.

So for nomadic people like us, we have to be super on top of what countries have cases so we can get out before it gets really bad and we get trapped. Before, that just meant staying out of China, but now other countries are starting to get added to the banned list like South Korea and, bizarrely, Italy.

We’ve gotten pretty lucky so far, but it’s definitely playing geographic arbitrage on hard mode. However, it’s been interesting because wherever we do go the locals here have been super welcoming, because…

The Tourism Industry is Getting Hammered

Richard Branson has a famous saying that in order to become a millionaire, simply become a billionaire first, then start an airline company.

Whenever any disaster or major geopolitical event happens in the news, no matter what the tourism industry gets hit first, and hit hardest. And in Asia right now, the impact is enormous.

For people in the West, you may picture Chinese tourists as the odd gaggle of older people piling off buses around monuments like Mount Rushmore, but for South East Asia, Chinese tourists are an economic tsunami of money. Last year, Chinese tourists spent over $250 BILLION dollars, and as such many countries in SE Asia have reconfigured their entire economies around this influx of money. In places like Thailand you’re now more likely to see shops advertise in Mandarin than Thai.

That money has now dried up, and the impact has been huge. Before we left Thailand, the normally bustling beach towns were completely emptied out, and economists are now projecting that some of these countries are going to fall into a recession because of it.

The importance of the Chinese can best be summed up in a story. While in the West, we’re starting to see incidents of xenophobia and racism directed against anyone of East Asian descent, in Asia it’s been the opposite. In Thailand, when a taxi driver who was ferrying Chinese tourists caught the coronavirus, he was quoted in the news as saying “I never have a bad feeling about tourists or Chinese people. They are fellow humans. Tourists provide me with a living so I can support my family.”

Rather than a sentiment of “Chinaman, go home,” we saw signs in stores saying “Get Well Wuhan, and Please Come Back Soon!”

We Are Closer to a Cure Than You Think

This hasn’t really been reported all that much in Western media for some reason, but in Thailand this was big news, because in Thailand, the doctors seemed to have stumbled on an effective treatment for the coronavirus.

In early February, a 71-year-old tourist from Wuhan became ill in Bangkok and was hospitalized in the ICU. As her condition worsened, Thai doctors pulled what can best be described as a medical Hail Mary and put her on an antiviral drug cocktail meant for HIV patients. To everyone’s surprise, within 48 hours she was cured. Intrigued, they tried the same treatment on another patient and they too recovered.

As the crisis has continued, doctors in Thailand have continued experimenting and improving this treatment, dubbed by the local media as the “Thai Cocktail,” and have basically been able to treat every serious case of coronavirus they’ve encountered. While the infection rate and death count continues to climb around the world, Thailand’s death count stands right now at zero.

So we know how to cure it. The issue is that Western regulators haven’t caught up yet.

But they are working on it. The success in Thailand has caused US drug companies to fast track human trials to figure out which antiviral in the so-called Thai Cocktail did the trick, and how effective the treatment actually is on a larger scale. Testing has already begun in the US on the people evacuated from the Diamond Princess.

Is It Time To Panic?

In short, probably not. The coronavirus is no picnic, but this is not the world-ending pandemic that the media seems to want to portray it as. And while containment efforts around the globe have been, shall we say, a mixed bag, the development of an effective treatment appears to be right around the corner. Maybe this is the eternal optimist in me talking, but despite the alarming spread of the virus in Europe and the Middle East, coronavirus cases in mainland China have started to slow. Once this treatment gets properly tested and rolled out worldwide, I think we’re going to see the beginning of the end of this pandemic.

Don’t tell that to investors though. Over the past week, global stock markets have been hammered, with the Dow Jones suffering it’s all-time biggest single day loss of 1200 points on Thursday as the crippled Chinese economy impacts global supply chains for everyone from Apple to Volkswagon.

So what’s a stock investor to do? Well, if you’re still in the accumulation phase of your FIRE journey, this is a massive buying opportunity for you. Everyone who’s been emailing me for weeks whining about how overpriced the market has been now has the opportunity you’ve been waiting for.

And for retirees like us who need that money to live? All I can say is thank goodness I’ve set up my Yield Shield. Because I no longer depend on capital gains to fund my living expenses, I really don’t care about the stock market plunges at all. As long as I can live off my yield (and my cash cushion), I’m not worried at all.

How about you? Are you worried about the coronavirus outbreak? Do you think it will cause a global recession? And if so, are you planning on doing anything about it? Let’s hear it in the comments below!

65 thoughts on “Worried About The Coronavirus Impact On Markets?”