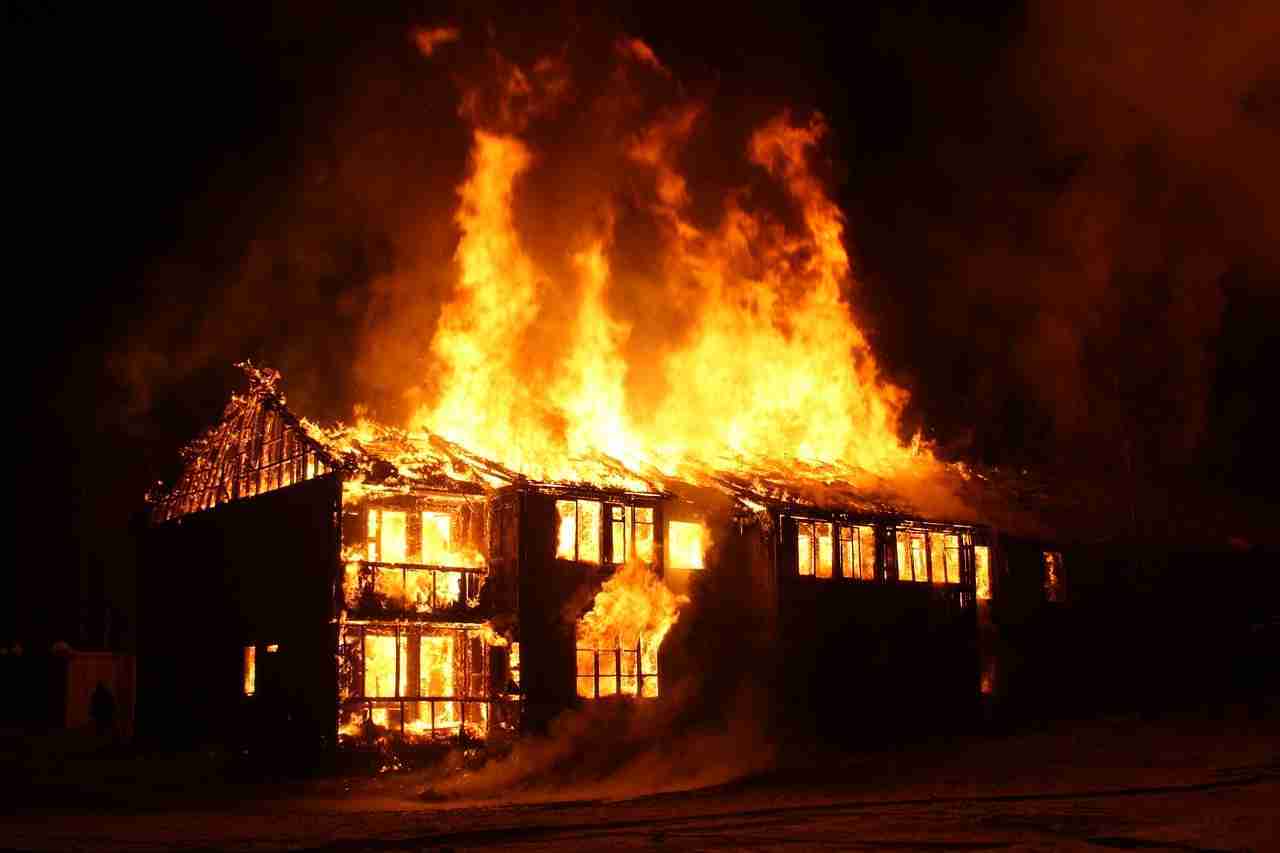 On Friday’s round-up, we featured the inspiring stories of people who have written in, been featured on this blog in a Reader Case, and have actually followed that advice in real life. As a result, they are now kicking ass, taking names, and regularly coming to the end of every month wondering where all this extra money they’ve saved came from.

So as a contrast to that, I thought it would be interesting to look at the stories of people who managed to do the exact opposite. In a segment I’d like to call: Broke Ass Morons.

These days, travelling around Europe I only occasionally check in with what’s happening back in Canuckistan. Last time I did, I noted that all the new Federal regulations and new housing taxes the Canadian government put into place at the beginning of the year was starting to have an impact, with detached home prices plummeting 17.2% in Toronto. Home Boners, I wrote, have no idea how scary debt is because they’re only used to home values going up. They’ll learn soon enough, I predicted ominously.

So the other day, we were lazing about in a thermal pool somewhere in Poland when Wanderer asked “Hey, whatever happened to that housing crash everyone was talking about in Canada?”

“Huh,” I replied. “I have no idea.” So I Googled it. And I immediately bolted upright. “Holy Shit!”

Article after article filled my screen about people who had gotten crushed by the real estate market and were now basically facing financial ruin.

Would-be buyer ordered to pay the difference after house ultimately sells for 28% less.

Buyer who walked away from real estate deal ordered to pay $360K, CBC.ca

A group of buyers in Mattamy Homes’ Preserve development say provincial measures to cool the Toronto-area housing market have placed them in financial peril.

Oakville homebuyers purchased at their own risk, housing minister says, The Toronto Star.

What did the neighbours pay? Whitby homebuyers just found out the answer: a lot less, CBC.ca

And this is just a tiny sampling of them. Here’s an article from MoneySense chronicling a whole bunch of these stories.

These Toronto buyers lost hundreds of thousands within months…

How to lose big money in Toronto real estate, MoneySense

So after I picked up my jaw from the ground, I read more into what exactly happened to these people. What I found was really interesting.

Who Should Lose Money in a Housing Markets Crash?

When people yell at politicians to make housing affordable, they usually don’t understand what they’re asking for. Making houses cheaper is not a painless thing. When house prices go down, someone by definition has to lose money. So the big questions is: Who?

In most housing transactions, there are typically three parties involved:

The buyer pays the seller for the house, and the bank underwrites the mortgage. So if one of these 3 parties has to lose money in a housing downturn, who should it be? Most people would say: The Bank! Those big greedy banks have money coming out the wazoo, and a couple hundred grand is peanuts to those people, so let them take the hit.

That’s what happened in the States. People over-leveraged, they became unable to pay their mortgage, and then starting defaulting. The banks responded by foreclosing on the house to recover their money. But when too many people started doing this, those homes started going underwater. The banks’ losses mounted, and then they started falling over. This caused the stock market crash of 2008, credit lines dried up, job losses started mounting, and the Great Financial Crisis happened.

So it turns out the bank is the WORST person in this deal to take the loss. Them taking the loss affects the entire economy, and then everyone suffers.

These New Rules Protect The Banks

The Canadian government, on the other hand, did learn something. These new B20 rules which were sold to the public as a way to “bring fairness to middle class families” or whatever, in reality protects the banks from losing money. By implementing stricter qualifying rules to future home buyers, it prevents the banks from taking any more risky loans in a declining housing market while letting them keep their existing mortgage portfolio. As long as the banks don’t spike the cost of money, homeowners will keep paying their mortgages even as their home value goes down. The banks never stop making money.

So who does take the loss? The buyer or the seller? Surprisingly, it looks like in this housing crash, the buyer will be the one who gets screwed.

How Buyers Get Screwed

Way back in the 80’s when houses were actually affordable, people bought houses by signing conditional offers. They would agree on a price, and sign a contract, but the contract would have conditions that would let them back out if something went wrong. Typically, the deal would be conditional on selling their existing home, conditional on financing, and conditional on home inspection. This protected the buyer in case they walked into the bank and for whatever reason couldn’t get a mortgage.

So what’s been happening is that a buyer will buy a house on a clean offer at a certain price. Then, they’ll try to sell their existing house. To their horror, they’ve been realizing that their house is now worth far less than they thought it was worth. In turn, the banks, now seeing a declining market and with stricter lending regulations in place, are refusing to issue mortgages for the new place. This forces the buyer to renege on the deal.

But that’s not the end of it. In Canada, if a buyer walks away from a deal and the seller later sells that place for less than the original deal, the seller can sue the original buyer for the difference. And courts have been siding with the seller when these cases make it to trial.

Here’s a particularly bad example of this happening.

In a case a judge called a warning to prospective buyers in the GTA’s erratic housing market, a couple caught up in a bidding war will have to pay $470,000 after reneging on a multimillion-dollar deal.

Couple ordered to pay $470,000 after reneging on Ontario home deal, The Toronto Star.

Here, the buyers bought a house originally listed at $2 Million for $2.25 Million (!) in a bidding war. The market then turned against them, and buyers tried to walk away from the deal, thinking they’d just lose their deposit. That house later sold, but for $1.8 Million. The seller then sued the buyers for the difference: $470k. And they won!

Here’s the problem: The buyers didn’t have $470k lying around. The only thing they had that was worth that much was their house. The house that was now worth far less than they thought.

So what this judgment did was it forced them to sell their house and hand over the proceeds to the seller. Now the buyer has no deal, no money, and no house. In short, they went from trying to move up the property ladder to becoming homeless.

So is this fair? Should the buyers be forced into financial ruin? I think yes.

In a housing bubble, the Home-Boning, Hormonal, FOMO-ing buyers are the ones, more than anyone, that push housing prices into nosebleed levels. You can argue banks and government policy had a part to play, but the individual buyers, more than anyone, were the ones to pull the trigger on each purchase. Nobody forced them to do anything. So now they’re paying the price.

Predictably, the buyers disagree, and have been whining and complaining to anyone who will listen (home builders, banks, the courts, etc.) that someone should step in to save them. The government’s response?

On Thursday, politicians and builders said that the buyers should have known they were at risk when they signed contracts with a builder.

“The government is not here as a backstop for real estate transactions gone bad,” said (Ontario Housing Minister Peter) Milczyn.

Too bad, so sad. You are now a Broke Ass Moron, and nobody’s coming to save you. And in my opinion, this is the right thing to do.

These people are idiots. They can’t be helped. If the government were to step in and hand these buyers $470k, they would promptly turn around and spend it on another house! And then a few months later they would be broke again, hat in hand, asking for help.

I think the most valuable thing these Broke Ass Morons can do is fail, as noisily and painfully as possible. That way, they can act as cautionary tales to other buyers thinking of doing the same thing. A few idiots will lose everything and become homeless Broke Ass Morons, but the banking system won’t collapse, the economy will survive, and that way the people who suffer the most will be the ones who caused the housing bubble to begin with. Housing crashes are painful, but I think this is fairest way to engineer one.

So what do you think? Should the buyers be the ones who take the brunt of this housing crash? Or do you think it should be someone else? Sound off below, for what I’m sure will be a civilized and emotionless discussion.